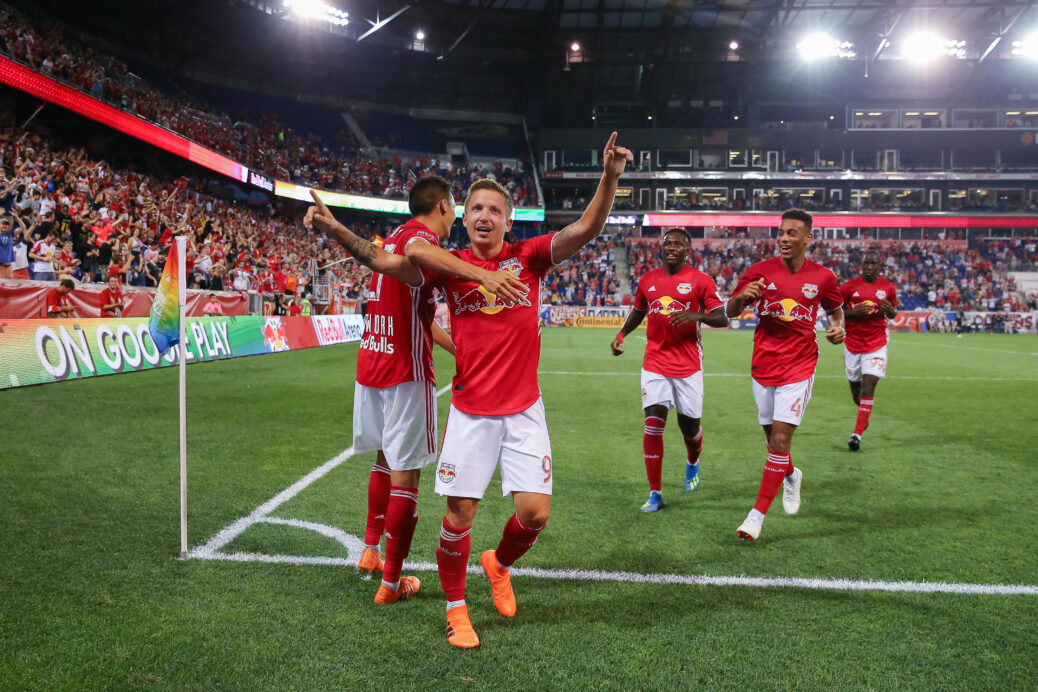 The New York Red Bulls’ latest victory, a 2-0 result against the New England Revolution, was in some ways a continuation of recent trends. The start was slow, and eventually Marc Rzatkowski aided in getting a victory. Yet, there were some changes along the way as Chris Armas continues to make the team his own.

A chippy and sloppy first half in the rain was “a little frustrating,” per goalscorer Daniel Royer, but not entirely unexpected.

“We knew that before the game,” Royer said. “Always when the Revolution comes here, it’s a battle. It’s about long balls. It’s about fighting for the ball. It’s about second balls. It’s not about the pretty game.”

“At halftime, we knew it wasn’t the best first half,” Royer added, “but we also knew that we stay focused and stay with the game plan, we create chances in the second half. Spaces will open up. The opponent might get tired at some point, and I think that’s exactly what happened.”

The deadlock was eventually broken with a 69th minute goal from Royer on a set piece. Rzatkowski got the assist by perfectly placing the ball right in front of the goal line for an easy finish for Royer, serving as a strong follow up to a two-goal match a week earlier.

“Marc shows, again, that he’s a good player,” Armas said. “He plays with a lot of confidence. He’s a smart, intelligent player. He plays against the ball. He steps to plays. He was so comfortable on the ball and he can make final plays, as we saw, again, tonight.”

Rzatkowski’s success also came with a role change. Combining in the midfield with Sean Davis and Tyler Adams, the German was asked to play more defensively against the Revolution, while Adams was asked to play further forward.

Adams is known for his versatility in more defensive roles, spending a portion of last season playing right back. Playing a more attacking role, though, is a bit newer to Adams, and he admitted that the transition was “a bit difficult”.

“We wanted to press them a little bit more and, obviously, I think that’s something I’m pretty good at.” Adams said. “So, it allowed me to get after the left back and left centerback but they ended up not playing up that side of the field as much as we wanted them to but it’s something we had to deal with.”

“I think every coach has his own philosophy and … I think we made a really good game with Sean, Tyler, and me a little bit balanced,” Rzatkowski added.

The versatility of several players was demonstrated against the Revolution, and ultimately, so was the versatility — and resolve — of the Red Bulls as a whole.

“I think the team throughout this year has shown that we can win in many different ways, from behind, even, second half — we can hold on to leads,” Armas said. “I think it’s another night where we show what we’re made of and that we’re fearless and that we can go after games, and there’s a lot of belief.”