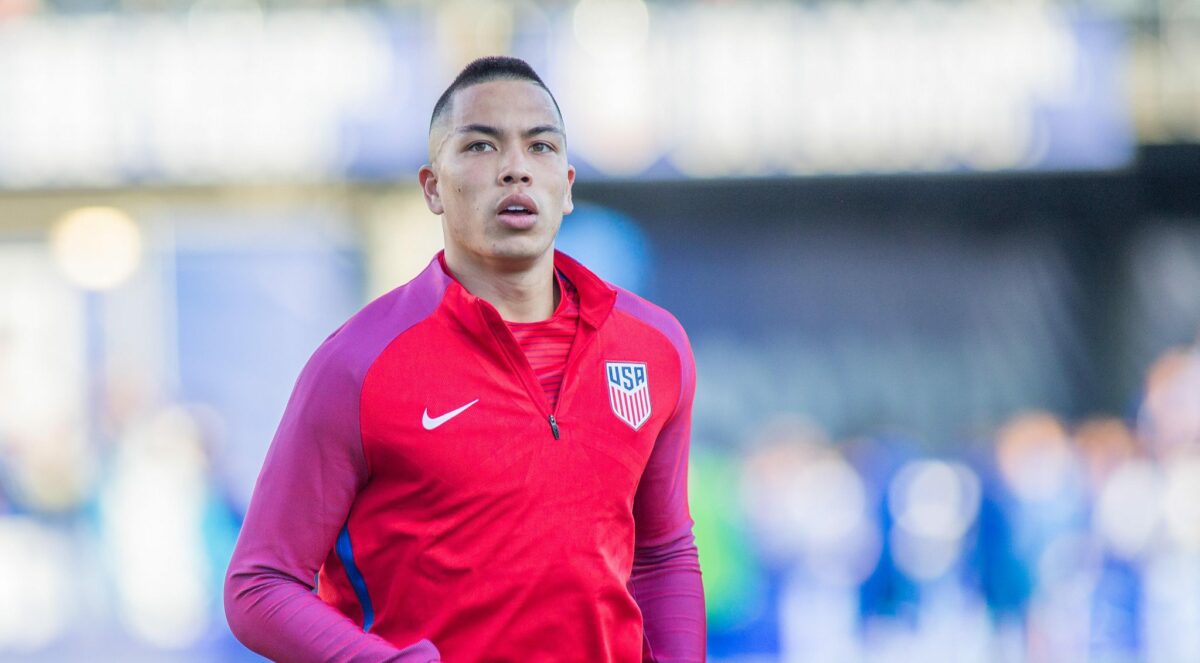 Navigating the European soccer landscape is notoriously up and down. Historically, it’s been perhaps even more so for Americans, including Bobby Wood, who has seen some major highs and some frustrating lows throughout his push through the German leagues.

His latest move sees the forward get another crack at the Bundesliga after sputtering through the 2017-18 campaign, and that crack may just be his last chance at proving himself in an elite European league.

Wood was loaned to Hannover 96 on Monday, joining the Bundesliga club following Hamburg’s relegation to the 2. Bundesliga. That’s a big deal for Wood, who gets to stay in the Bundesliga despite ending this past season with just three goals in 23 total appearances last campaign.

Throughout that campaign, it was easy to question Wood. With the Hamburg team around him free-falling towards relegation, the 25-year-old forward did himself few favors in the goalscoring department. Sure, the service wasn’t there, and that’s certainly a valid excuse, but goalscorers are ultimately judged by the goals they score, and Wood didn’t score enough to save Hamburg’s Bundesliga stay.

He’ll now join a recently-promoted Hannover side that could certainly use more options up top. Leading scorer Niclas Füllkrug is back after scoring 16 goals a season ago, but Hannover lost Martin Harnik’s 11 goals following the Austrian’s move to Werder Bremen. Fellow forward Jonathas’ loan expired, sending him back to Corinthians, while midfield scorers Salif Sane and Felix Klaus also left the club for fellow Bundesliga teams. In total, Hannover has lost six of the 12 players that scored a goal last season including five of the seven players that registered at least two.

That means there’s opportunity for Wood, and he’ll need to seize it. Wood’s career in Germany has been solid, but he still needs to prove he can play at this level in particular. He has scored double-digit goals just once during his time in the German league system: his 17-goal breakout with Union Berlin in 2015-16 that prompted his move to Hamburg. After experiencing several peaks and valleys there, Wood will need to rebuild his reputation a bit this season by proving he can not just run at the Bundesliga level but score at the Bundesliga level.

There’s also plenty to discuss regarding Wood’s U.S. Men’s National Team spot. His international form has generally been good, but how long can Wood hold off younger options like Josh Sargent, Timothy Weah and Andrija Novakovich if the they can find their way with their own clubs? As the U.S. continues its transition, Wood certainly can play a part and, at just 25, the forward would be hitting his prime when the U.S. travels to Qatar. Age isn’t his issue. Instead, it’s continuing to play at a high level while fighting off competition from up-and-coming stars.

The good news? Wood has always shown an ability to rise to the big challenges. He’s scored big goals and he’s proven that he has the mettle to fight his way up the ladder in Germany. Now, he’ll have to prove it again or risk falling back out of a position he fought so hard to reach.