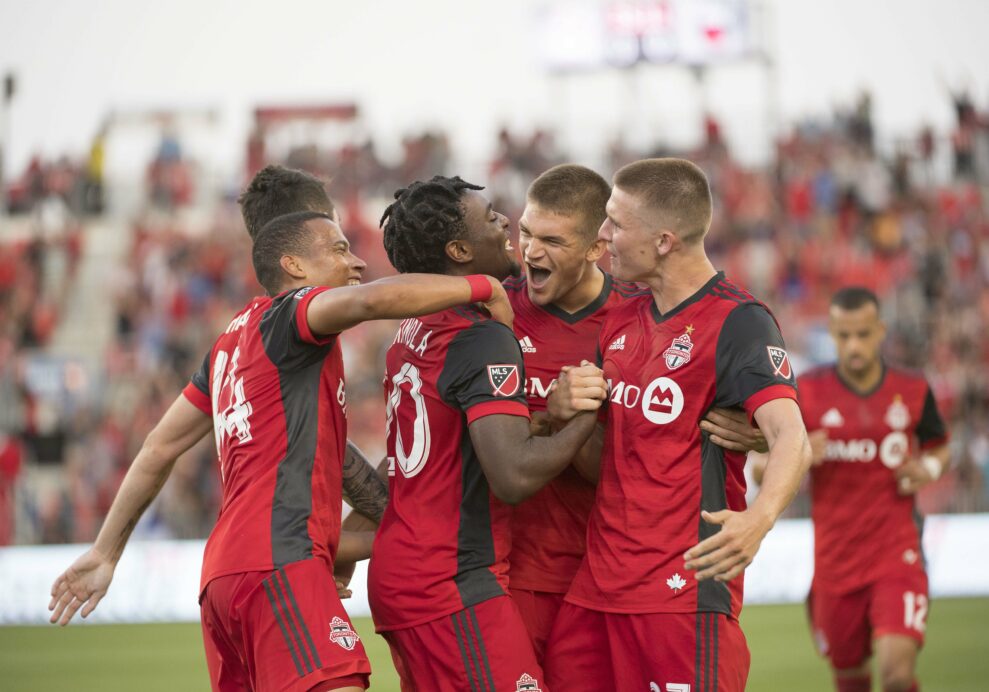 The battle for the Voyageurs Cup will be a rematch of the 2016 final.

The Vancouver Whitecaps and Toronto FC won their respective semifinal in very different ways. The Whitecaps came from behind against the Montreal Impact while Toronto FC played a convincing return leg to stop an Ottawa Fury cinderella story.

Toronto FC may be having a difficult season but they are on a mission for a Canadian three-peat. On home soil, TFC convincingly won the semifinal return leg, 3-0, to break all of the Ottawa Fury’s hope of reaching a first ever final.

One of the Fury’s recent acquisitions, Jérémie Gagnon-Laparé, made his debut with the squad. Usually used in central midfield, Gagnon-Laparé got the start at left back where he previously played for the Canadian men’s national team.

The new man almost saved his team from the opening goal by kicking an opportunity at the goal line but it was in vain. His clearance fell for Ayo Akinola who shot over the Fury defender and opened the score. The U.S. youth international sunk his first ever goal with TFC’s first team.

Toronto FC added a second goal at the 76th minute when two Canadians teamed up having stepped off the bench at halftime. From the left flank Ashtone Morgan sent a cross pass to Jordan Hamilton inside the box and the young striker extended his leg to give his team a two-goal lead.

The final dagger was punched in by fellow Canadian international Jonathan Osorio. From the left side of the box, Osorio cut back towards the middle—fooling Steevan Dos Santos and Nana Attakora—and shot upper 90 to give TFC a 3-0 scoreline.

After losing last year’s semi final against the same Montreal Impact, the Vancouver Whitecaps avenged their loss. The Whitecaps came from behind in the return leg to win 2-1 on aggregate.

In the early stages of the game the Impact’s missed opportunity drove for the Whitecaps’ opening goal. Off a blocked shot by Saphir Taider, striker Matteo Mancosu hopped over the ball missing an open net goal.

Seconds later, the Whitecaps drove the ball from their end to the offensive third. Jake Nerwinski, from his right flank crossed the ball to Jordy Reyna at the penalty spot. The Peruvian struck the ball on the half-volley and beat Clement Diop to the lower right hand side and tied the aggregate.

The Whitecaps took the lead in the semifinal on a penalty. At the 59th minute, Shamit Shome was given a penalty and Kei Kamara stepped up to the spot to give his team a 2-1 lead on aggregate.

Minutes after Kamara’s penalty goal, head coach Remi Garde subbed in two of his hottest players in Ignacio Piatti and Alejandro Silva. Despite attacks create by the Argentine star and his Uruguayan teammate, it was too little too late for the Impact. Their plans to reach a second straight final were over and done with.