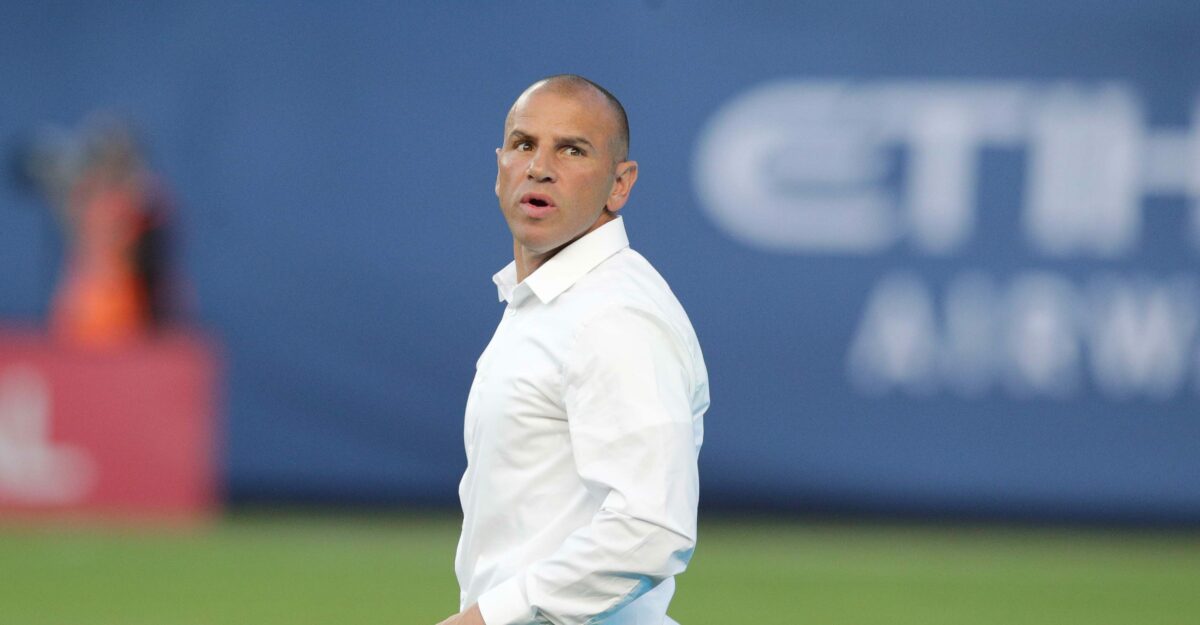 Chris Armas’s first task as the head coach of the New York Red Bulls came against a New York City FC team also dealing with a coaching change, a tie that the younger New York team eventually won, 1-0. Though Armas was chosen to succeed Jesse Marsch in a show of consistency, the first time head coach’s debut saw some changes from the Red Bulls, some that worked out and others that did not.

The starting lineup he put out came with very few surprises, as Armas made only one change from Marsch’s final lineup against Toronto FC a week earlier. Daniel Royer made the cut this time, though his inclusion was easily explained with Florian Valot’s season-ending ACL tear. However, Armas made the choice to keep Alex Muyl in the lineup and leave Derrick Etienne on the bench, and perhaps more shockingly, left Michael Amir Murillo on the bench in his first match back from World Cup duty with Panama, electing to start Connor Lade at right back instead.

“I think he played great today,” he said of Muyl. “I thought he had energy thinking about what type of game this was going to be. It’s almost like he can be the first guy to think about starting.”

As for the choice at right back, he admitted that it was not an easy decision to make, but felt that Lade had been “sharp” in Murillo’s absence. The long-time Red Bulls defender, he believes, is returning to pre-injury form, and Armas ultimately feels justified in the decision based on Lade’s performance.

The match itself proved to be one of the more forgettable matches in a young rivalry that has almost always brought plenty of entertainment. Neither side recorded a lot of meaningful opportunities on goal.

The Red Bulls struggled in the first half, as NYCFC managed to cancel out the press the visitors have become known for in recent years.

“It’s weird, because in the past, the start of our game has been the strongest point of our game,” Tyler Adams said. “We [wanted] to let them play out so we can utilize our press, but they tried to use that long ball to pick up second balls, which they probably won second ball battles on the day, and that led them to success.”

“Is it a day for our pressing? Is it a day for second balls? We’re wired for both,” the head coach added. “We knew that we might see direct play. We talked about it, we game-planned for it, and we knew that big switches would be a part of it, too, which we saw. I thought we got a good handle on that in the second half.”

The second 45 minutes, as Armas noted, saw more of the Red Bulls team that has dominated the Eastern Conference over the last few years.

“I think in the second half, we woke up a little bit, that’s for sure,” Adams said. “We made a couple of more tackles, got everyone on the same page of how they wanted to press.”

NYCFC eventually tallied the game’s lone goal, scored by Maxi Moralez, on a giveaway near the goal in the 85th minute. Only after did Armas make his first substitution of a match that could have used some more energy, putting on Etienne for Sean Davis.

“We thought at 0-0, we’re making a good push and if I have to make a change early in the first half, I’ll do it,” Armas said. “At that point, we didn’t think a change was needed. We were pushing the game in a good way and felt like a goal was coming.

“The guys on the field are performing well, why would you change anything? Of course you go down a goal. What do you do then? Do you do nothing or do you make a push at that point? So I think it’s pretty simple at that point why we made the move.”

It may have been a hectic week for the Red Bulls, but ultimately, they do not believe that led to their eventual loss. There’s continiuity there with Armas stepping in, and the hope is that continuity leads to better days than Sunday.

“There was no difference, really,” Adams said. “That’s the best part of having Chris around is that he’s been under Jesse’s wing for a long time. He knows exactly what Jesse would want and he came out here and there’s no difference.

“I think knowing that we’re a good team gives a coach comfort,” Armas said. “You step out on the field and think you can beat anyone on any given day, so in the role of head coach on the day, it’s a bit different, but I’ve been in this building before, I’ve been on that sideline before, making the decisions before so I largely felt comfortable.”