Collin Martin embracing his role as an inspiration to many 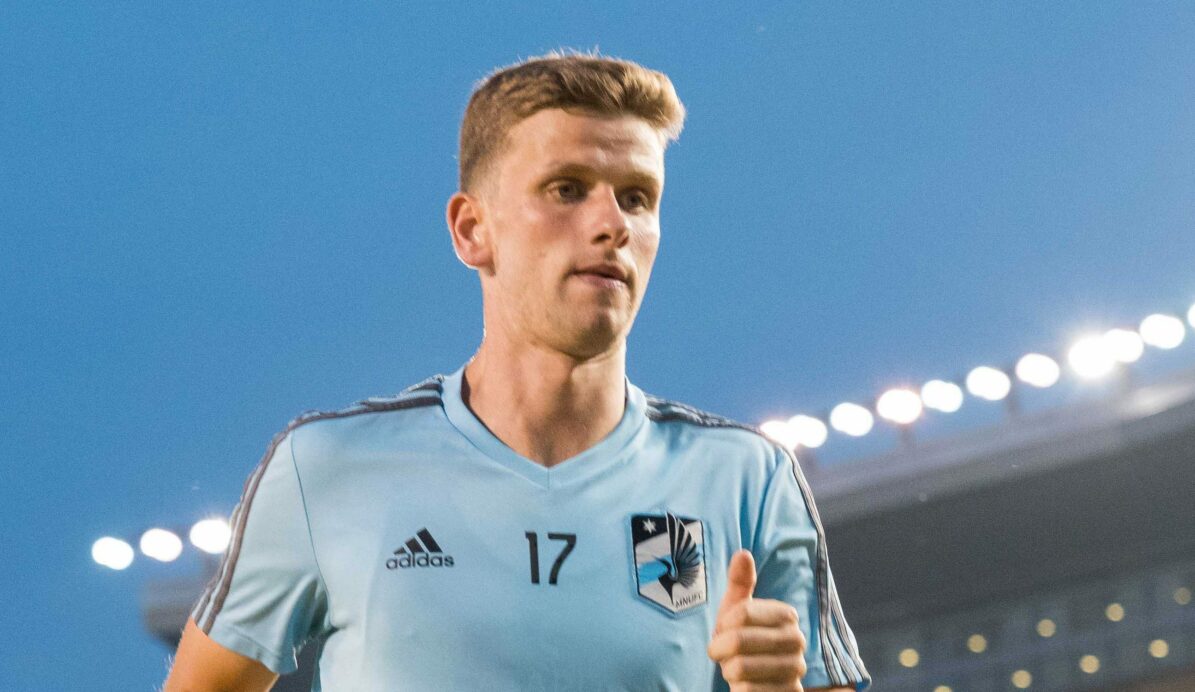 That night was Pride Night at the home of Minnesota United, Martin’s team. It was an important evening for him as well, because earlier that day, Martin came out as gay, making him the second ever male professional soccer player to do so- joining Robbie Rogers — and the only one currently active in MLS.

Earlier that day, Martin publicly came out on Twitter, with a short, two-paragraph statement, expressing the pride he feels as an openly gay man in professional sports. He didn’t bother with some grandiose statement, keeping his announcement simple— he even called it bland – but it was a powerful message nonetheless.

Tonight my team, @MNUFC , is having their Pride night. It's an important night for me — I'll be announcing that I am an openly gay player in Major League Soccer. #soccerforall pic.twitter.com/cOJQXfrBiv

Martin didn’t take part in the Loons’ 1-0 loss to FC Dallas that night, but he did see the field less than a week later, on Independence Day, when he came on to a standing ovation towards the end of a 4-3 home win over Toronto FC.

“It was funny,” Martin told SBI. “A lot of the players on the field, I saw that they were like ‘what’s going on here? Why is the whole stadium getting up and cheering?’ It was pretty incredible. It was something that definitely meant a lot to me. It was also good to get those first minutes since coming out to just make it normalized again, make it so I’m a soccer player first.”

It wasn’t a remarkable appearance. He completed three passes, committed a foul, and generally played solid defensive midfield to hold the defending MLS Cup champions from making a comeback. However, he was still the first openly gay athlete to play in a game since Rogers retired at the end of last season, which made it something special.

Martin has been privately out amongst friends, family, and even many of his teammates dating back to earlier in his career.

“The first couple teammates I told were back when I played for D.C. United,” he said. “I think I told four or five of my teammates before I got traded to Minnesota.”

“From there I tried to be pretty open,” he continued.

That openness, made easier by Martin having a boyfriend when he first arrived at the club, created a fairly smooth transition onto a new team. It started with just a couple of teammates, then, over time, coaches found out, as did the front office. All in all, the private coming out process was never that stressful.

“The funny thing is that once you tell a couple, then the whole team kind of knows,” he chuckled. “It’s not like I had to sit anyone down or make it a big deal. It was just kind of tell one or two people and then it will become common knowledge.”

As for negative reactions and adversity, Martin hasn’t experienced much, even after coming out publicly.

“Since I came out, not at all,” he said when asked about any adversity he experienced from the soccer world. The public have been mostly positive as well, but the limited criticism he’s received never really bothered him. “I’ve probably got a couple tweets here and there, or messages randomly. But I think that’s to be expected,” he said.

Martin’s story may sound unique, he is, after all, one of a kind at the moment. Despite that lonely position, he refuses to feel alone. He knows there are others out there like him, and not just in soccer.

“The fact that I’m the only one in the five major league sports, on the men’s side at least, is pretty crazy to think,” Martin said.

Martin wants to see a day where he isn’t the only active gay male athlete in American sports. He hopes the smoothness of his announcement can help other athletes realize that there is a very accepting community of players, coaches, executives, and fans out there ready to embrace them.

“I don’t know what’s holding some of these athletes back, honestly,” Martin said. “I understand that it’s a big step publicly. But our lives are pretty public to begin with, obviously some more than others. Just because it’s still a big deal and I think representation is huge.

“I’d welcome anyone to step up there and be a role model for anyone in their respective sports.”

Speaking of role models, Martin is suddenly one for many LGBTQ people in the world, especially amongst soccer players and athletes in general. He embraces that challenge, even though he didn’t entirely expect so many people to feel inspired by his story.

“I didn’t think I would be (a role model), but clearly that isn’t the case,” he said passionately. “Just from the messages I’ve received and the people that have reached to me clearly people just really care about this topic. I think a lot of people are still struggling to be themselves and to feel not only respected within their professional fields, or just in terms of kids, being able to feel like they can play the sport and continue to progress in any way that they want.

“I hope that my positive story let’s these kids know and let’s people from the outside looking in to our sport that there’s only love and support for people that are attracted to the same sex, or for anyone who may be different, and that’s trying to play a sport.”

Until then, Martin wants to use the spotlight he has to be influential towards anyone struggling with their own sexuality, and he has some advice for them.

“I say just say trust the people that you care about cause more often than not they’re going to be the ones that are there and supporting you in the end.”

As for the night of June 29, Martin wouldn’t change much as far as how he came out to the wider soccer world. He was happy to come out for Pride Night, although he may have come out the day before the game, instead of the morning of, if given a chance to do it over.

“I think it was a little crazy on a gameday,” Martin told SBI. “Other than that I would have kept the whole process the same.”