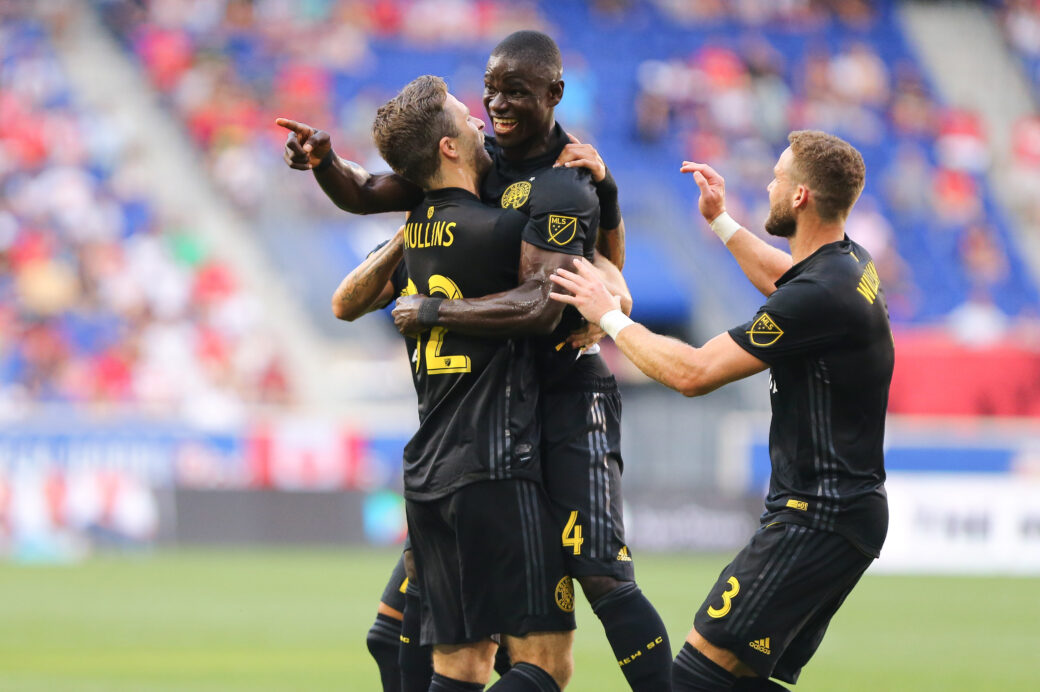 The Columbus Crew’s trip to Red Bull Arena went unlike many of their away trips this season. The team managed to double its away goals tally on the night, and even tried out a new formation in the process.

Despite a messy second half, an impressive first half display was enough for the Crew to leave with a 3-2 victory, winning only their third away game of the season.

“The idea was not to play in the middle of the field, if they are playing
their normal 4-3-2-1,” Berhalter said post-match. “[In] the middle, they are so strong, and we just wanted to keep the balls on the side of the field and we thought, if you don’t need a person central you might as well play with two strikers and might as well put more pressure on their defense.

“As it turns out, they played their 3-3-3-1 system, which left the middle open and we had to make adjustments. So we pulled [Harrison Afful] inside, dropped Pedro [Santos] inside and pushed our wing backs high to create space centrally.”

The result spoke for itself. The Crew went up 3-0 up in little more than half an hour, as the visitors benefited from an own goal in addition to goals from Jonathan Mensah and Patrick Mullins. The first half was ultimately the result of a plan well executed.

“It’s a great team goal,” Mullins said of his finish. “From the build-up, to [Afful] being as versatile as he is, almost becoming a playmaker, and then the movement out to in. Pedro was doing it all night long, causing their backline fits. He gave me and Gyasi a lot of room to run in behind, and that’s exactly what happened. I finished it off.”

It has been a quick transition for Mullins, having only been traded to the Crew earlier in the month and making only his first start for the team on Saturday. He impressed many, including his new coach.

“I thought he was strong,” Berhalter said. “His movement was good and
he held balls up. The character to fight through, not having played 90 minutes in a long time, you know, I thought he was excellent.”

The second half, though, left a lot to be desired for the Crew. The Red Bulls switched to their usual 4-2-3-1, putting on usual starters Kaku and Bradley Wright-Phillips at halftime. The home team scored twice and got dangerously close to an equalizer, though it never came.

“It’s two throw-ins, two mistakes, and two goals,” Crew captain Wil Trapp said. “Other than that, for the most part, I thought we dealt with it decently…Obviously, more pressure adds on when you give up the one goal and then you give up a second goal, but going into the half, I thought we felt confident.”

The Crew, though, can leave Red Bull Arena happy after a long-awaited away victory.

“Soccer is funny because we’e created more chances than we did tonight and not score, and you’re efficient, you score almost every chance you get and you end up winning the game,” Berhalter said. “You know, overall, I think we’ve never been pressing the guys. Our attitude is, it will come, just keep working.”