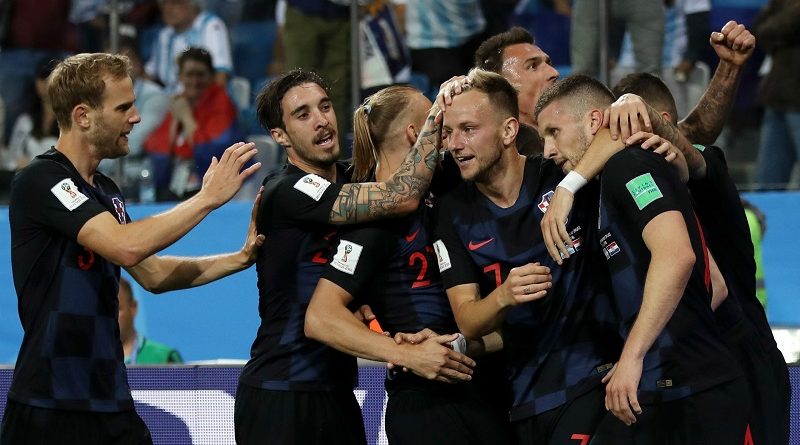 The Croatian goalkeeper equaled that total in penalties to help his side prevail past Denmark 3-2 in the shootout to move on to the quarterfinals.

Subasic denied Christian Eriksen and Lasse Schone by diving to the right, and he stopped Nicolai Jorgensen with his feet to set the stage for Ivan Rakitic to convert the winning penalty.

Subasic was involved in a goalkeeping showdown with Peter Schmeichel during the shootout, as the Danish netminder made two stops of his own.

The penalty shootout was an unexpected conclusion to the contest that started as fast as any game at the 2018 World Cup.

Denmark lit a fire under the match in the first minute, when Mathias Jorgensen cleaned up a mess off a long throw-in at left post.

Jorgensen’s shot bounced off a few Croatian players and slipped past Danijel Subasic, but the Danish lead wouldn’t last long.

Three minutes later, Mario Mandzukic equalized for Croatia, as he bounced in a shot from the left part of the box that sailed past Kasper Schmeichel.

After the wild first five minutes, the match turned into a stalemate, with few significant chances created by both sides as the dominant midfielders took over.

Croatia had a chance to go through without penalties in the 115th minute, when Luka Modric played a perfect ball to Ante Rebic, who was taken down by Jorgenson in the box.

Modric stepped to the spot, but as he sent his shot to the right, Schmeichel guessed correctly and smothered the the ball within his body.

Croatia made up for Modric’s miss in the shootout, as Subasic turned away three of Denmark’s five penalties.

Croatia faces Russia on Saturday in the quarterfinal round.

Subasic didn’t do much during regulation and extra time, but he shined when Croatia needed him the most in penalties.

Subasic’s final save on Nicolai Jorgensen capped an incredible set of saves by the Croatian netminder, which allowed Rakitic to win the match on the next kick.

Eriksen didn’t impress against Croatia’s world-class midfielders, and he failed his team at the start of the shootout, as his attempt was turned away by Subasic.