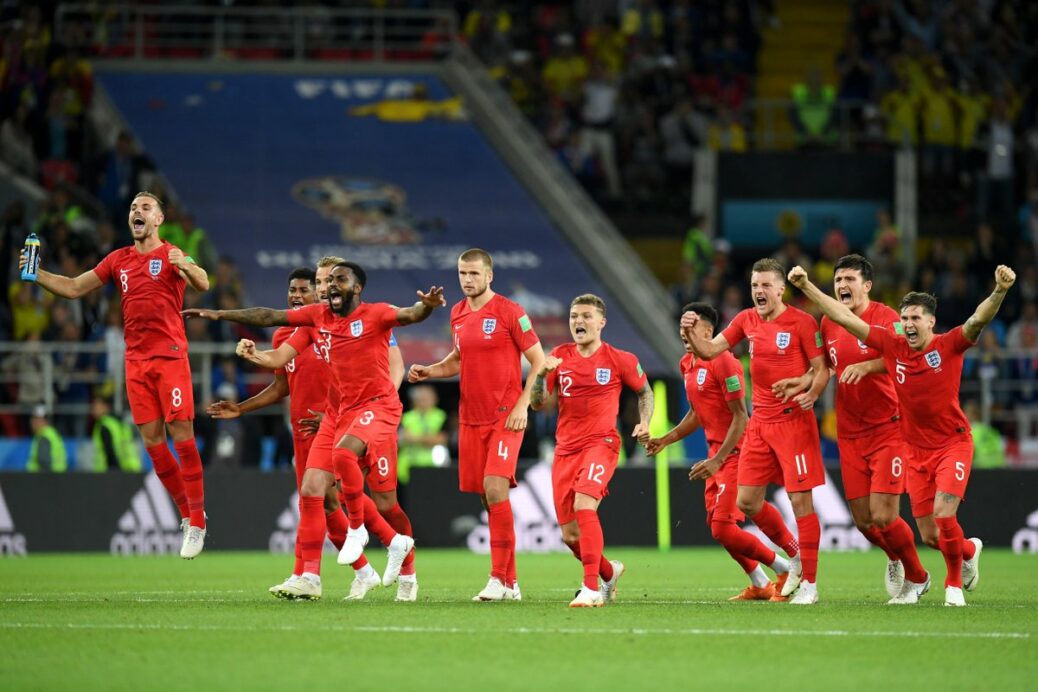 England had their backs against the wall after coughing up a lead in Moscow. The Three Lions overcame their demons however to defeat Colombia, 4-3, in penalty kicks after a 1-1 draw in regular time to book a place in the quarterfinals.

Eric Dier scored the winning penalty kick in the fifth round as he beat David Ospina to the bottom-left corner. Goalkeeper Jordan Pickford stoned Carlos Bacca in the fourth round, while Mateus Uribe rattled the crossbar in the third.

Harry Kane’s penalty kick in the 57th minute broke the deadlock in Moscow after the Spurs forward was fouled by midfielder Carlos Sanchez. Sanchez was guilty after tackling Kane on a corner kick. It was Kane’s sixth goal of the tournament.

Colombia continued to fight though and answered in the final minute of second-half stoppage time. Yerry Mina’s header from a corner kick was deflected in off of Kieran Trippier to level the score.

In the end, England proved they belong in the next round and will face Sweden in Samara on Saturday.

Pickford made some big saves when it counted for England but none bigger than his save in the shootout.

Colombia shot themselves in the foot twice, missing two of their five penalties. Uribe look destined to score but rattled the post, while Bacca was kept out.

Juan Cuadrado was very quiet in the match, missing a key chance to score late in the second half.