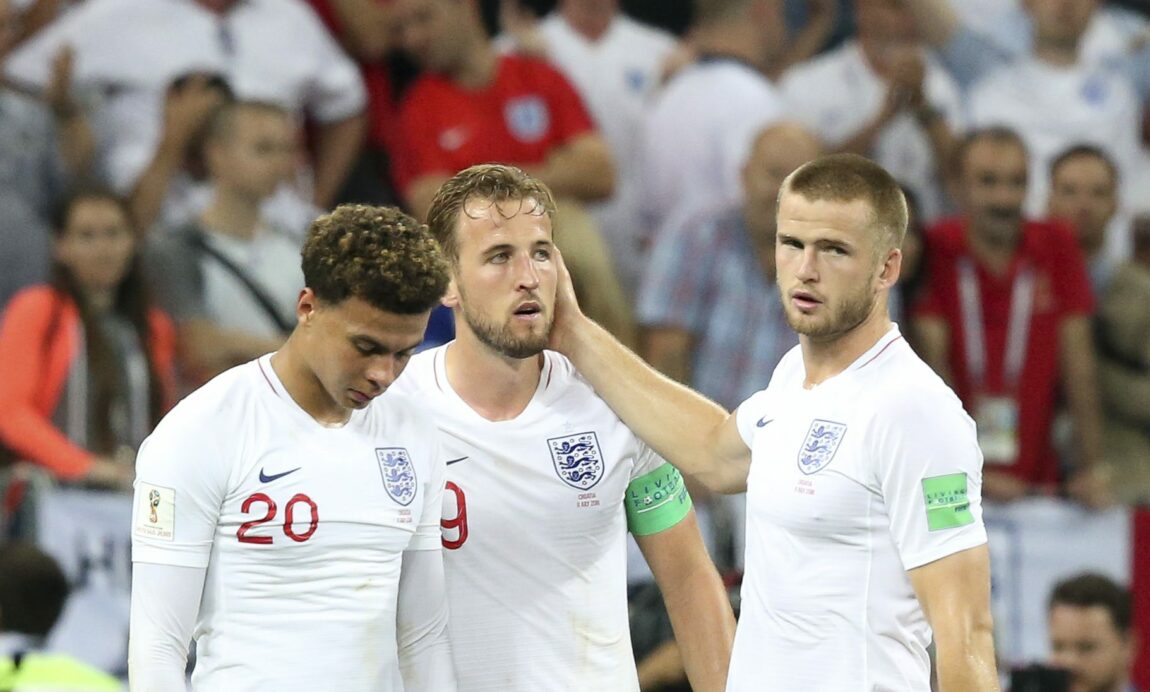 England’s World Cup story was about moving on from the laundry list of past failures. The Three Lions finally won a penalty shootout at a World Cup when they took down Colombia in the round of 16. They got to their first semi-final since 1990 thanks to a pretty convincing performance against an admittedly weak Sweden team. But, most of all, England’s World Cup showed that they are more than the boring, old school England team that everyone is used to watching.

Wednesday’s semi-final against Croatia did not support this narrative and instead took the team back in time. England threw out their new style and tactics as soon as they took the lead in the fifth minute of the match and returned to the England of old. Gone were the short, but direct, passes that brought them success against Sweden and Colombia, and back were the lumping, inaccurate long balls from England’s dark and unsuccessful past.

Plenty was made about Gareth Southgate’s trips to the United States, where he studied the tactics in other sports looking for ways to revolutionize the way England played. His travels led him to create new set-piece plays that helped the Three Lions to the most set piece goals in the tournament.

But that wasn’t Southgate’s only innovation. He seemed to pull England out of the dark ages when it came to the open-play tactics as well. The nation has a reputation of lumping long balls forward, playing in low percentage crosses, and generally hoping to run straight through opposing defenses with brute force alone.

It was the first time an English manager looked to actually alter the traditionally English style in quite some time.

Southgate introduced a shorter, but still direct, passing style that took advantage of England’s youth and relative lack of size anywhere up front. It was a style that not only worked well for most of the tournament, but was much easier on the eye than their past teams have been.

These tactics got them into the semifinal against Croatia and they were prominently on display in England’s 2-0 win over Sweden in the quarters.

The trouble is, as soon as the Three Lions abandoned that style the moment they went ahead in the fifth minute on Wednesday night in Moscow. They sat back and allowed Croatia to come at them and, instead of trying to manufacture precise counter attacks or longer spells of possession, the long balls came out and England were doomed to failure. The style led to less sustained possession overall (44%), and only 11 shots over 120 minutes.

The overly direct long ball style is also a very tiring way to play soccer. It requires a lot of stamina in forwards and attacking midfielders that have to run their tails off in pursuit of these often unpredictable passes and England simply couldn’t keep up with themselves. Their exhaustion towards the end of the match led to the lapses in concentration that created both Croatian goals.

Plenty of credit has to be given to Croatia’s defensive plan, however. They recognized England’s potential to fall back into their stereotypical style and pressed them hard throughout the entire match. That forced an inexperienced and uncreative England team to fall back down to their old ways as the shorter passing lanes were far less obvious than they had been for the rest of the tournament.

The failure against Croatia shouldn’t be seen as a black mark on England’s World Cup, and few, if any, fans are treating it as such. This unexpected semi-final run seemingly united a country around their national team for the first time since probably the 1996 European Championships. It proved that England can move on from the disasters that were 2014 in Brazil and the defeat to Iceland in the 2016 Euros in France. It showed that perhaps English youth can once again be inspired by a long dormant national team.

The next step will be maintaining success and not doing the typical England thing of flopping hard in its next crack at a major tournament like the Three Lions did when they failed to qualify for the 1994 World Cup after the 1990 run.