France gets past Uruguay to book spot in World Cup semifinals 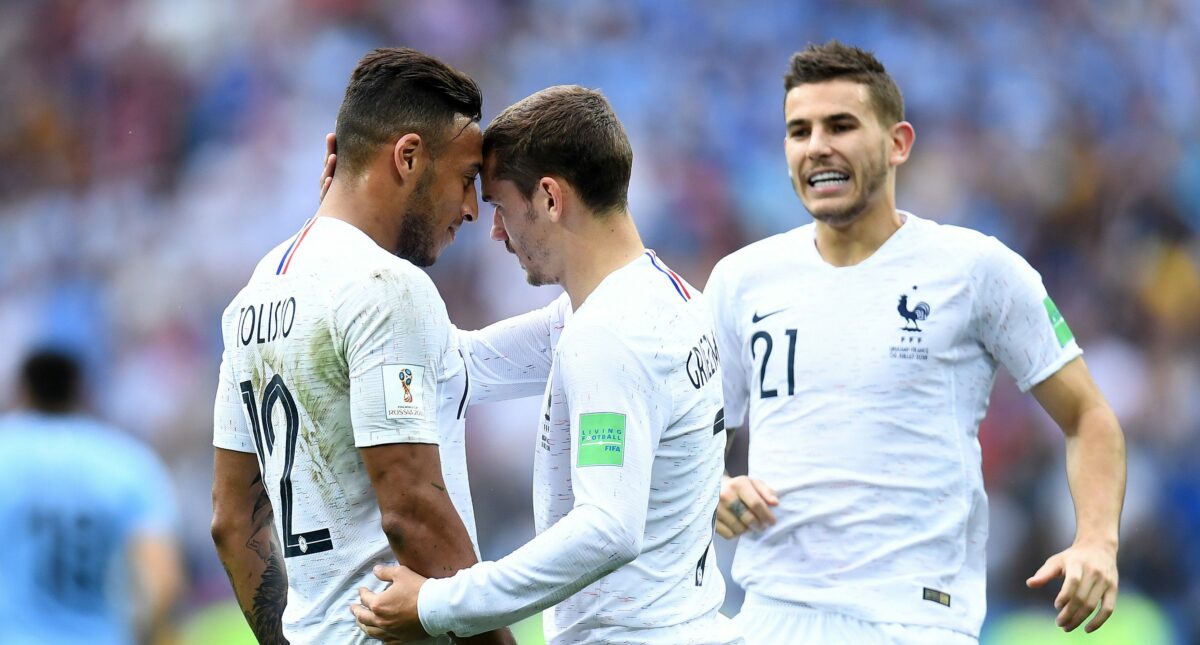 France continues to find ways to win at the World Cup as Les Bleus are onto the World Cup semifinals following a win over Uruguay.

Goals from Raphael Varane and Antoine Griezmann helped lift France to another grind of a win in a 2-0 victory over Uruguay. With the win, France will play either Brazil or Belgium in the World Cup semifinals.

While both sides traded spells of possession and half-chances, France finally broke through on a set piece goal. Following a foul from Rodrigo Betancourt,  Griezmann stepped up and played a free kick into the box. Varane flicked on the header, beating Fernando Muslera for the game’s opener.

Muslera was the culprit for the second goal as the Uruguay goalkeeper’s mistake directly led to France’s finish. Griezmann knuckled a shot from well outside of the box and the effort left Muslera flat-footed on his line. The goalkeeper palmed at the ball but couldn’t keep it out of the back of the net as France all but moved into the semifinal.

France will now take on Brazil or Belgium on Tuesday with a spot in the final on the line.

You could give N’Golo Kante Man of the Match recognition in nearly every game, but the midfielder was particularly strong in the middle of the field to limit a weakened Uruguay team.

Griezmann’s goal all but ended the match while sealing France’s spot in the semifinal.

Muslera’s howler will haunt him for some time as the normally-steady Uruguay goalkeeper let one slip at the worst possible moment.