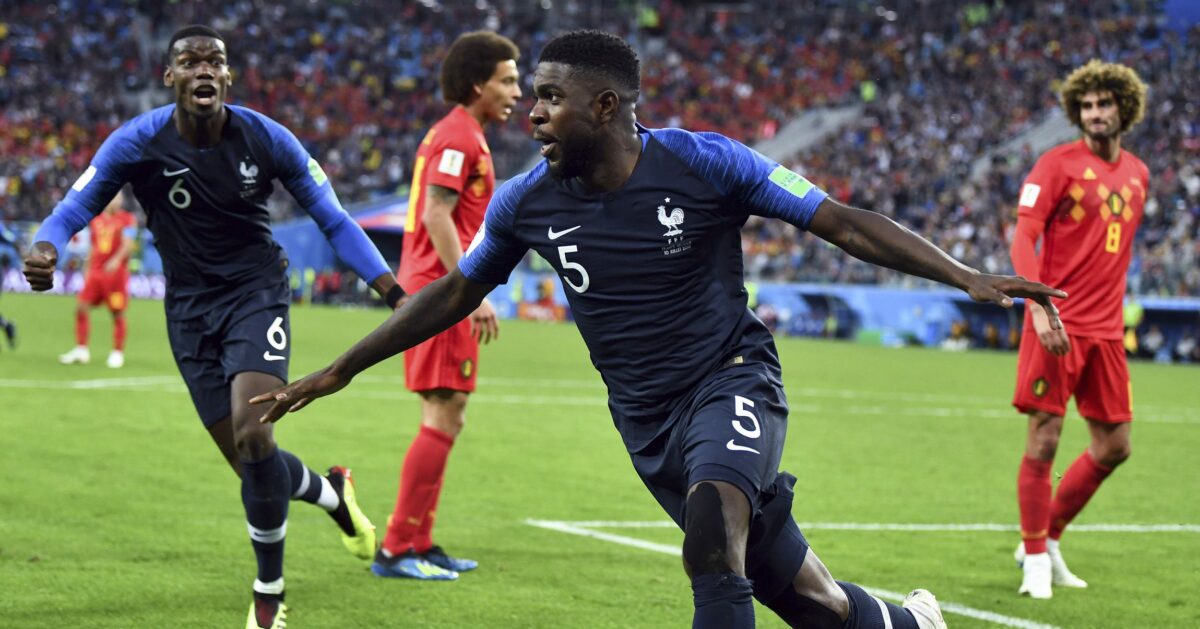 France is through to the World Cup Final for the third time since winning it all in 1998.

Samuel Umtiti’s 51st minute headed goal was enough to give Les Bleus a 1-0 victory over the Red Devils of Belgium.

After a cagey first half that saw few real chances at goal, France got on the board early on in the second half. It was a set piece again providing the breakthrough. Antoine Griezmann provided the service to Umtiti, who was left unmarked to rise to the ball and head home with relative ease.

Belgium controlled much of the ball for the remainder of the match, but strong defensive contributions from Umtiti, Paul Pogba, and pretty much the entire French squad kept Belgium off the scoreboard.

Goalkeeper Hugo Lloris played a role as well. He made several excellent saves throughout the match. None was better than a quick reaction diving save he made midway through the second half on Toby Alderweireld.

France will take on the winner of tomorrow’s other semi-final between Croatia and England.

Belgium will play the loser in Saturday’s third place game.