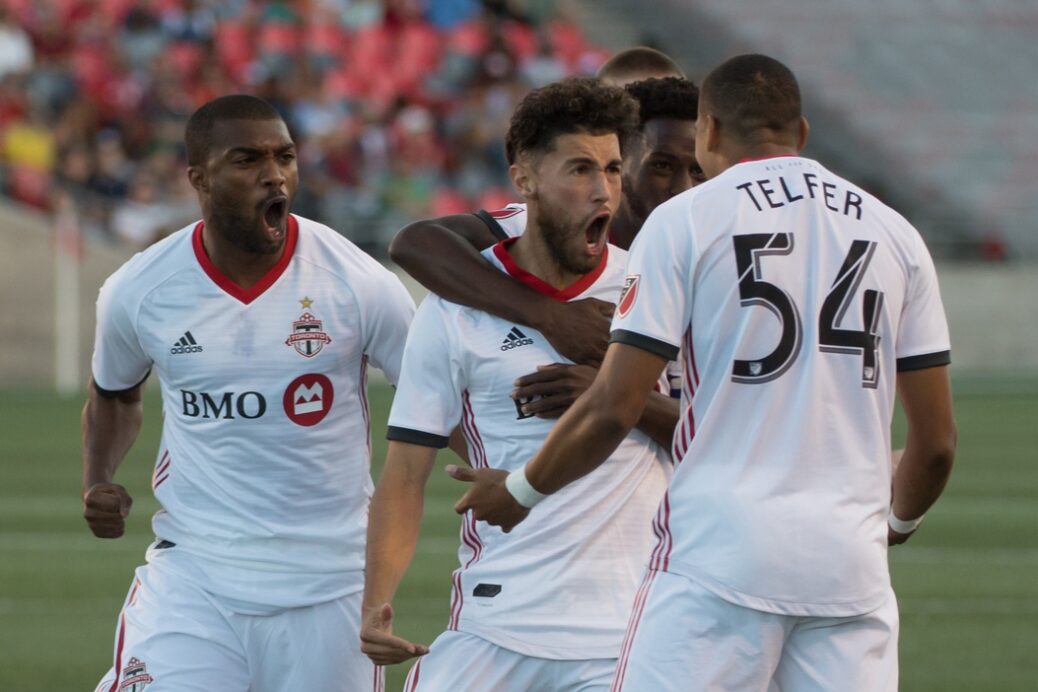 In the Canadian capital, the reigning Voyageurs Cup champions faced an Ottawa Fury team that had made his competition their priority this season. TFC threw cold shower on those ambitions when Jonathan Osorio, who was wearing the captain’s armband for the occasion, scored only five minutes into the game.

We’re leaving pleased with the result,” said head coach Greg Vanney. We’ve set ourselves up nicely for the return leg.”

Toronto’s title defence could have started with a draw but Clint Irwin stood tall. The North Carolina native blocked a header from Steeven Dos Santos at the 88th minute to keep the clean sheet and the aggregate lead.

In the Fury’s mind, this series is not over just yet. With the 1-0 scoreline and the scoring opportunities that the USL team on their MLS counterpart, there is still hope in the Fury camp.

“For sure it wasn’t their home turf and they didn’t put on all of their weapons but we put pressure on them and I think that they felt it,” said Fury goalkeeper Maxime Crépeau. “At the back they cleared [the ball] a lot and now it’s just about finishing, going over there and giving our all.”

The advantage for the Fury is that the team gets to stay home as they will play Nashville SC at TD place on Saturday. Toronto FC on the other hand will need to travel to Chicago to the play the Fire before welcoming the Fury at BMO Field for the return leg. Head coach Nikola Popovic knows that one goal on TFC’s turf is all his team would need to get back into this semifinal and he believes that goal is within reach.

“After what we saw today, I think we will fight until the last second,” Popovic said. “Allow me to dream that it’s possible to go there, score a goal and fight for this final.”

Since scoring from the penalty spot against Sporting Kansas City on June 30, Alejandro Silva has been a changed man. Starting on the left flank, the Uruguayan made the difference once again at Saputo Stadium. He scored the winning goal in his team’s 1-0 win against the Vancouver Whitecaps in their opening leg matchup.

Silva and the Impact have been flying since the month of June, barely taking a goal and racking up points on most opportunities. The team’s captain for the night, Canadian international Samuel Piette, thought that his team’s revival of sorts was important.

“Heading into this tournament with a lot of good results gave us even more confidence,” Piette said. “I think it’s very possible to go get a result over there.”

Head coach Remi Garde also headed into the Canadian Championship knowing full well that the Concacaf Champions League is what gave his team the notoriety it has. Despite resting a few stars, the Frenchman did place a high level of importance to the cup competition.

“Looking at the club’s history, I know that this cup opened up beautiful pages of [the Impact’s] history book. I haven’t forgotten that,” he said. “I also sense a desire to play this competition from the players so we sacrifice none of the competitions.”

Returning to the Pacific Northwest, the Whitecaps still believe they can turn this semifinal around. Denied a finals berth last year, the Whitecaps haven’t lifted the Voyageurs Cup since 2015. Russell Tiebert, who was wearing the armband for his team, remembers that and is committed to bringing the cup back to the west.

“We remember what it felt like to win the cup and what that did not only for the players in the locker room but the staff and the fans that have been supporting us year after year, upset after upset,” Teibert said. “That feel is special, it’s something we want to replicate and we feel we have the team to do so this year.”

Both semifinals will conclude next Wednesday with Toronto FC hosting the Fury and the Whitecaps welcoming the Impact.