Kellyn Acosta: Rapids move will get me out of my comfort zone 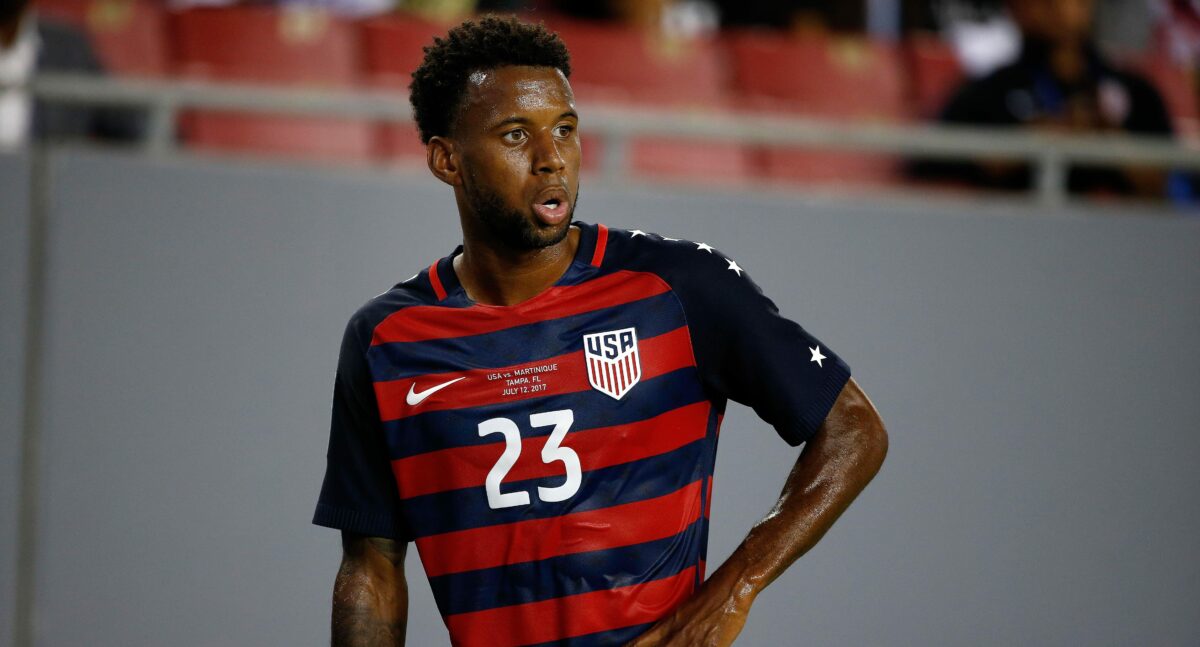 It’s fair to say that, over the last 12 months, Kellyn Acosta’s career had stalled. Last summer, the 23-year-old midfielder was a Gold Cup champion, viewed by many as a longtime U.S. Men’s National Team regular. This summer, Acosta struggled to find his own way with FC Dallas as injuries and a slew of rising midfielders kept him out of the team’s lineup.

Now, Acosta is set for a fresh start, and it’s a much-needed one for a player that is looking to regain some of what was lost over a difficult 12 months.

Acosta was traded to the Colorado Rapids on Monday as the midfielder departed FC Dallas after nearly a decade with the club. It was the only club Acosta had ever known and, over the past several months, it became clear that the midfielder had stagnated.

Last summer, Acosta and FC Dallas were riding high before a late season collapse doomed them in a way previously unimaginable. This season, Acosta’s issues with a hernia kept him out of the lineup as Victor Ulloa and Jacori Hayes proved more than capable replacements for the USMNT midfielder. That opened the door for a move to the Rapids, one that could be a catalyst for reigniting Acosta’s game.

“I want to get back to enjoying the game again,” Acosta said at a press conference on Monday. “I think this is the right step I needed to do that. I’m happy to be here. Just coming to training, I’m already enjoying myself. I just want to reboot myself, get my legs back, get back to the way I’m used to playing and go from there.

Acosta says he took the first flight out of Dallas as he wanted to waste as little time as possible before beginning his fresh start. He says he has been welcomed with open arms as former USMNT teammates Tim Howard, Marlon Hairston and Dillon Serna helped bring him into the group.

He’s now seen as a player that will be key to that group’s chances of making it out of mediocrity. The Rapids are a team that have struggled throughout the 2018 season, and they’re a team that lost both of its top goalscorers within a matter of weeks. It’s a team that needs a culture change, and Acosta could be the start.

Rapids General Manager Padraig Smith says he wants to be “a perennial playoff team”, and a move for Acosta is a step in that direction in the club’s eyes.

“It’s hard to give up someone like Dominique Badji, but it’s even harder to get someone like Kellyn Acosta,” Smith said. “We’re looking to make a massive change here as a club. Everyone has seen the players we’ve turned over and it takes time to build that, but to do that and do that right and bring the sustainable success we want at this club, you need key pieces in place, and I don’t think there are many more young, dynamic and entertaining players in this league than Kellyn Acosta.

“I’m trying to help the team score more goals,” Acosta said. “I want to be as attacking-minded as possible while helping out defensively. I like the box-to-box role as an eight, so I’ll fill that role and help out in any way possible.”

Acosta admitted that that aim will be difficult, at least for this season. The Rapids have “a hole to climb out of right now”, Acosta says, and that’s putting it lightly. As things stand, the Rapids, who have made the playoffs just once in the last four seasons, have just 17 points through 20 games as the team sits 13 points out of a playoff spot. To date, the Rapids have scored just 24 goals in 20 matches.

The former FC Dallas midfielder can’t fix that alone, and the trade for Acosta is seen as a move towards a culture change. It’s a change needed for both player and club, two parties in need of a shakeup to get back to their best.

“Obviously leaving a club that I’ve been with for 10 years is definitely a difficult thing to do,” Acosta said, “but when Colorado came in, I’m excited to be here. It’s the next step in my journey.