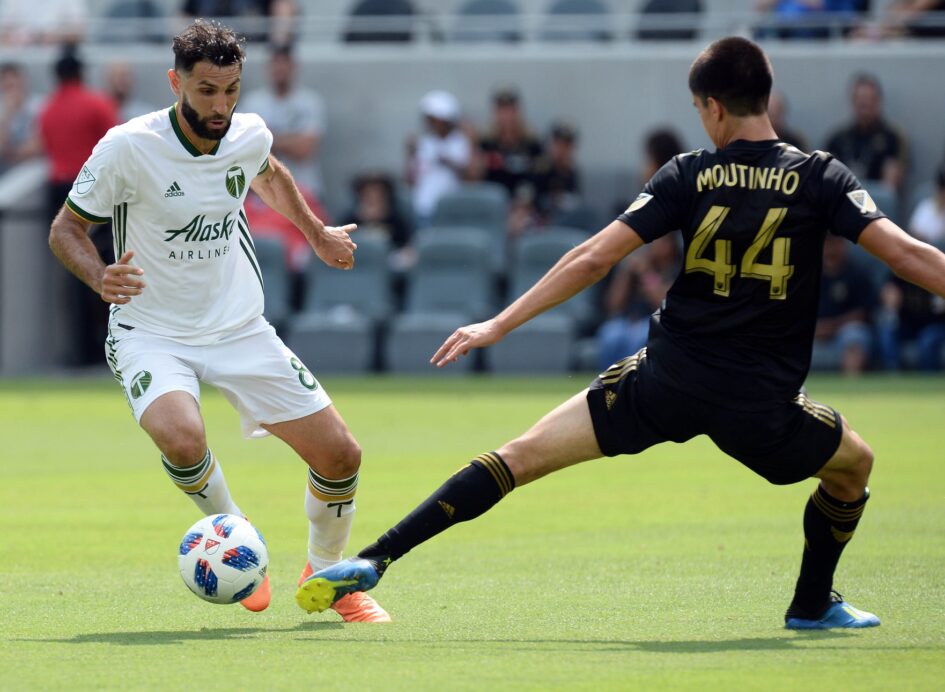 Anytime you have a good goalkeeper in your squad, you are setting yourself for a chance at points. Both Los Angeles FC and the Portland Timbers saw their keepers carry the load in Sunday’s Western Conference meeting at Banc of California Stadium.

Portland’s Jeff Attinella and LAFC’s Tyler Miller made five and six saves respectively to help their teams to clean sheets in a 0-0 draw.

Both teams came out strong offensively forcing their opposing goalkeepers into multiple saves.

Diego Valeri’s early effort was pushed out by Miller before the former Seattle Sounder also kept out Sebastian Blanco and Alvas Powell.

Attinella had a pair of first-half saves, keeping talented forwards Carlos Vela and Adama Diomande out on good looks.

LAFC began opening Portland as the second-half went on, with Attinella becoming even more busy. Lee Nguyen was kept out from long-range in the 51st minute before the 29-year-old frustrated Vela a pair of times more.

Blanco’s left-footed effort in the 70th minute flew high but Miller was able to preserve the clean sheet.

Nguyen was given an early shower in the 84th minute as he saw a straight red for a tackle on Blanco. It was the midfielder’s first red card since May 23rd, 2015 with the New England Revolution.

In the end, both teams will be a little disappointed they couldn’t find the back of the net in this offensive affair.

LAFC (10-4-5) remains in conference play next weekend as they travel to Minnesota United on July 22nd. Portland (8-3-6) begins a four-match homestand on July 21st against the Montreal Impact.

Men of the Match

Both keepers were up to the task, helping their teams to a point apiece.

Armenteros rattled the right post early in the second-half which was the closest either team came to scoring.

Nguyen is normally a guy who doesn’t lose his cool but will be disappointed with himself for his sending off.