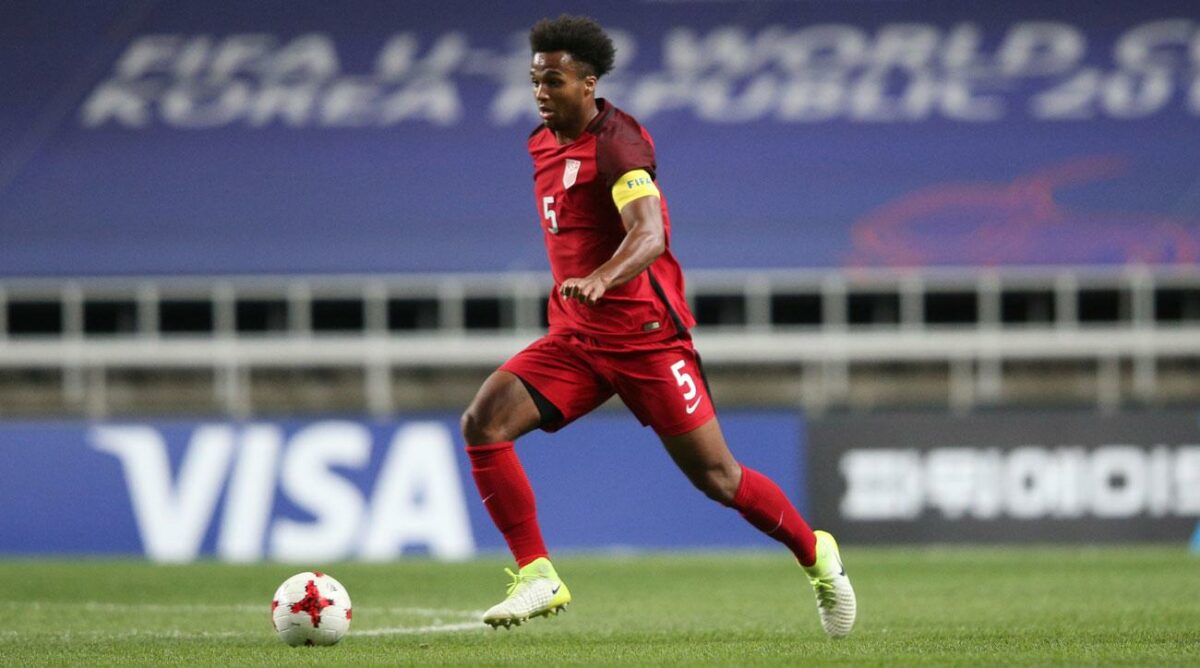 U.S. Men’s National Team defender Erik Palmer-Brown has been sent out on loan for the upcoming 2018-19 season.

The 21-year-old who is under contract with EPL giants Manchester City has been loaned to Eredivisie outfit NAC Breda.

Palmer-Brown joined Man City from Sporting Kansas City last January and spent the second half of the season on-loan at KV Kortrijk of the Belgian first tier. He made nine appearances with Kortrijk last season seeing time mainly at centerback.

He also has two caps with the U.S. Men’s National Team, recently being a part of their summer camp in May.

Breda finished 14th in the Eredivisie table last season, totaling 34 points. They kick off their next campaign on Aug. 12th against AZ Alkmaar.