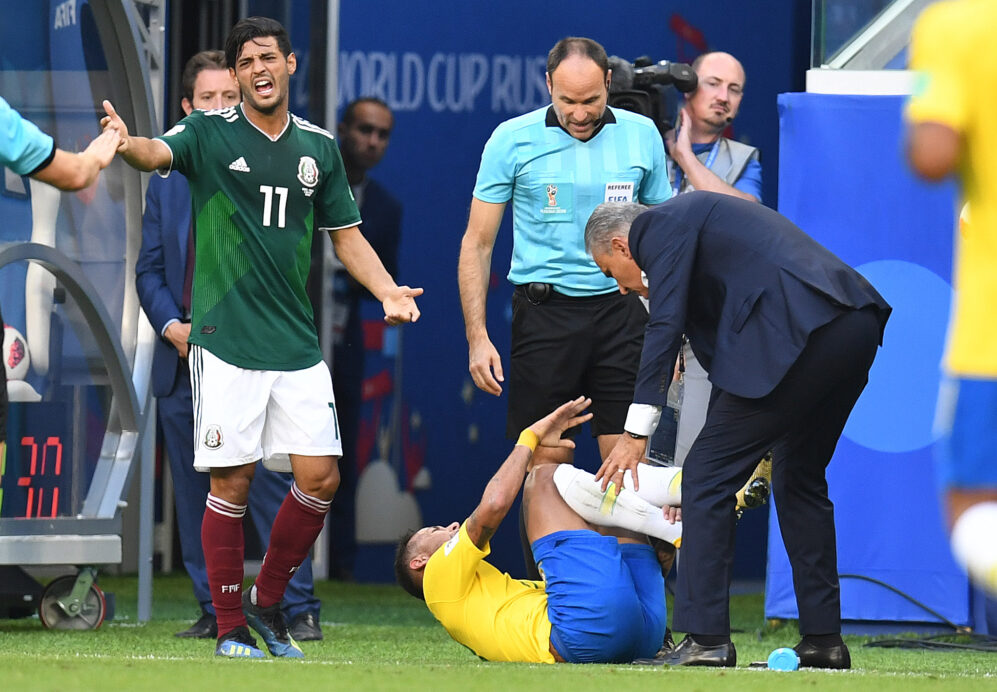 Mexico are on their way out of Russia following their seventh consecutive Round of 16 defeat. A 2-0 loss to Brazil on Monday morning saw El Tri pack their bags as they prepare to return home.

However, Mexican manager Juan Carlos Osorio took issue with Brazilian star Neymar following his actions in the match, according to ESPN. With Brazil already leading 1-0 in the 72nd minute, the Paris Saint-Germain star was stepped on by Mexico’s Miguel Layun as the defender tried to retrieve the ball for a throw-in.

Neymar’s reaction drew criticism as he rolled around, but seemed to be fine as he jogged back onto the field after treatment. Neymar was fouled six times in the match, and has taken a beating over the whole tournament so far. Despite not using his name, Osorio felt that the moment halted his team’s momentum as they chased an equalizer.

“We had control of the match, but to me it is just shameful that so much time could be lost over one player,” Osorio said. “The delay for one player was even four minutes, and that is a lesson for even children who play. This should be a game of men and not so much clowning around.”

Osorio would later criticize Italian referee Gianluca Rocchi for ruling in favor of Brazil too much, but also admitted his side lacked the finished product to tie the match. Brazil would later ice the match as Roberto Firmino scored the second goal off the bench.

“The game totally favoured Brazil. Too many interventions from the referee,” Osorio said. “I saw a very even match and Mexico had a good game, but we were not effective in the last third of the field.

“Mexico started well. A good start. We didn’t take advantage of the goal opportunities that we created and when you face a team like them, you can’t miss in front of the goal.”