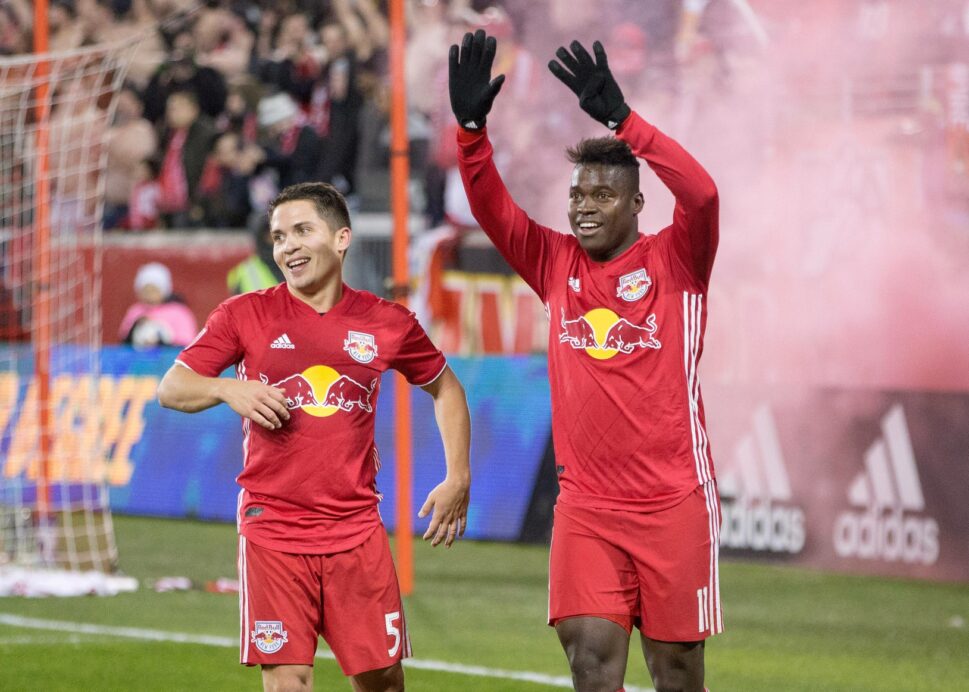 The New York Red Bulls wing depth chart is going to look much different as the second half of the season rolls on.

The Red Bulls announced on Monday they loaned Carlos Rivas to Atletico National in Colombia for the rest of the season.

Rivas, 24, featured in 264 minutes for the Red Bulls this season after being included in the Sacha Kljestan trade with Orlando City.

Rivas has 83 appearances under his belt from his time with Orlando City and the Red Bulls, but he wasn’t able to crack the starting lineup due to a multitude of reasons.

Valot out for rest of season with torn ACL

Florian Valot’s breakout campaign ended abruptly on Thursday, as he suffered a torn ACL, which the New York Red Bulls announced on Sunday.

The 25-year-old Frenchman started 13 games for the third-place team in the Eastern Conference and contributed three goals and five assists.

With Valot out for the season and Rivas on loan, the Red Bulls have to call on their depth, and maybe a dip into the transfer market, to improve their quality on the wings.

Alex Muyl started opposite Daniel Royer in the club’s 1-0 loss to New York City FC on Sunday. Derrick Etienne is another internal option to consider .

Minnesota brings in Ibarra through TAM

The Loons announced the signing of Romario Ibarra from Universidad Catolica from the Ecuadorian top flight.

Ibarra, 23, played all of his professional career in Ecuador and received his first international call-up for Ecuador last fall.

“We have been looking for some change-of-game pace for the team and that’s one of the best things Romario does: He changes games with his pace and he challenges defenders,” Minnesota head coach Adrian Heath said.

“He’s of a great age at 23 and he has had a good start to his career. He has just broken into the Ecuador national team, which is one of the premier national teams in South America. It’s a big step for us, a real investment on behalf of the club and I am delighted. Can’t wait to get him here, can’t wait to work with him.”