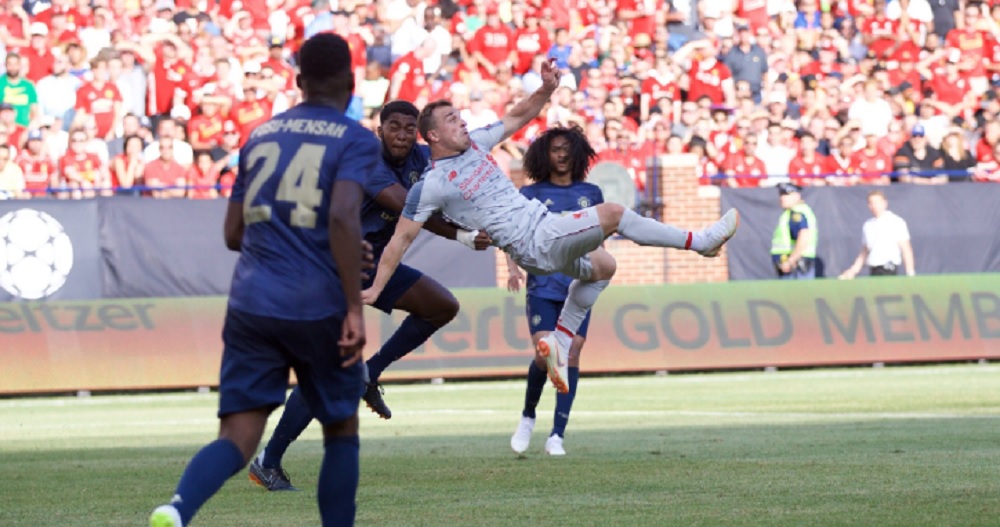 The International Champions Cup may be just a series of friendlies, but that didn’t stop a crowd of over 101,000 at Michigan Stadium in Ann Arbor from applauding Xherdan Shaqiri scoring on a fantastic bicycle kick to put Liverpool in front of Manchester United 4-1.

Shaqiri arrived at Liverpool this summer from Stoke City, whom he couldn’t save from relegation last year.

This friendly was his first appearance for the Reds and he came on as a sub at half time.