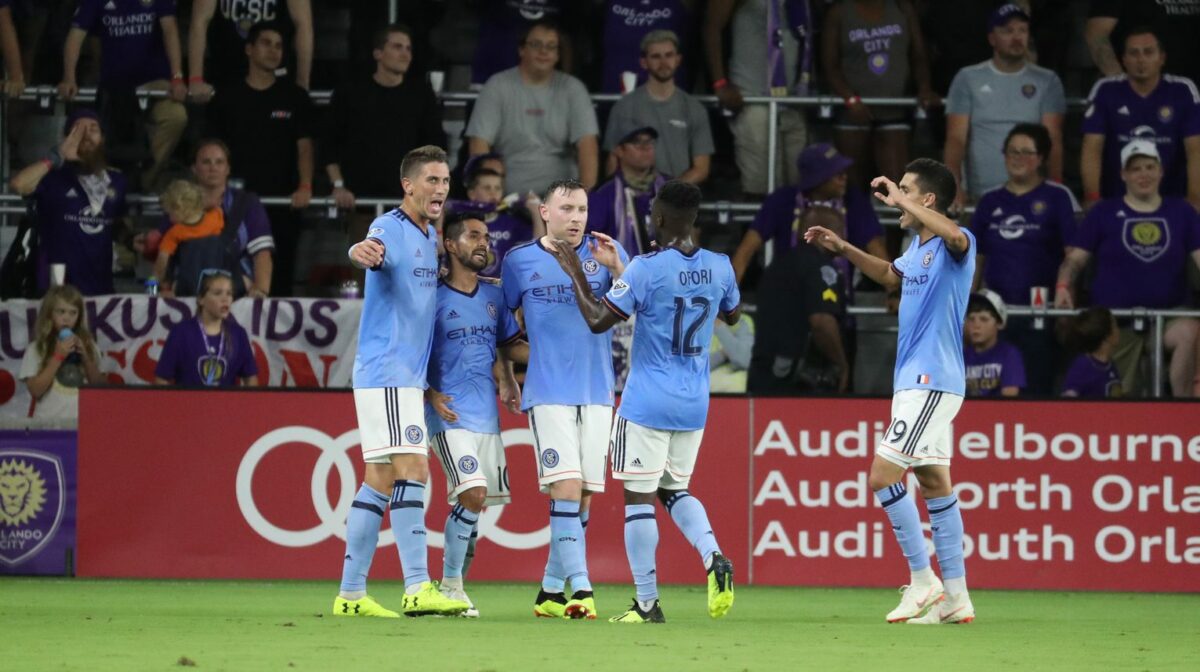 Maxi Moralez and Anton Tinnerholm netted goals five minutes apart before the halftime whistle to down the struggling Lions.

NYCFC, who has the best home record in Major League Soccer at 10-0-1, improved its road mark to 3-4-3 and moved back into second place over the rival New York Red Bulls.

Moralez was active in the final third well before his 40th-minute goal, as he capitalized on an Orlando defensive mistake in the fifth minute and broke through on net.  The NYCFC No. 10 was denied twice by Earl Edwards Jr. on the right side of the penalty area.

PC came close to putting the host Lions ahead on two occasions in the first half, but his first effort was blocked and the second skied over the net.

Domenec Torrent’s team finally found the breakthrough in the 40th minute, when Moralez picked up a rebound near the left post after a deflected shot bounced around in the box.

Five minutes later, Tinnerholm burst into the right side of the penalty area and coolly finished into the bottom-left part of the goal.

The Lions didn’t quit in the second half, but the post denied them a few times in their search to get back into the contest.

James O’Connor’s men have lost 11 of their last 12 games with a trip to StubHub Center to play LA Galaxy awaiting on Sunday.

NYCFC also make a trek out west on Sunday, as it faces the Seattle Sounders.

Moralez was NYCFC’s most active attacker over 90 minutes, as he produced a goal on three shots on target and contributed a pair of key passes, including an assist on Tinnerholm’s strike.

Tinnerholm’s finish right before halftime decided the match before the teams went into the locker room.

If we’re being honest, the entire Orlando defense needs to forget this entire stretch of poor form, but Shane O’Neill especially deserves this honor after he was sent off for a silly challenge on Moralez in the 83rd minute.