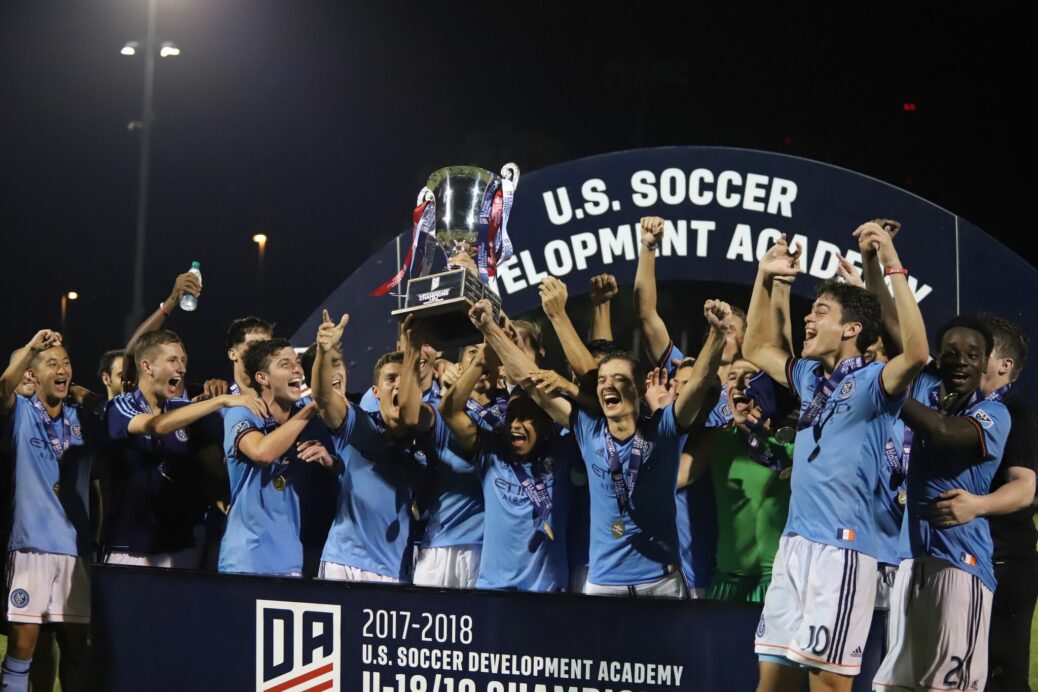 New York City FC’s U19 side knocked off the LA Galaxy in penalty kicks to win the Development Academy championship on Wednesday night.

The two sides played to a scoreless draw over 120 minutes, which led to the penalty shootout.

After Johan Penaranda stopped a shot during the fourth round of penalties, NYCFC Homegrown James Sands finished off the victory by slotting home from the spot.

The achievement is remarkable for the NYCFC group, as this season marked the first time the club competed at the U18/19 level.

What makes the win even more impressive is that it came against a Galaxy squad stacked with talent, including Efrain Alvarez and Ulysses Llanez.