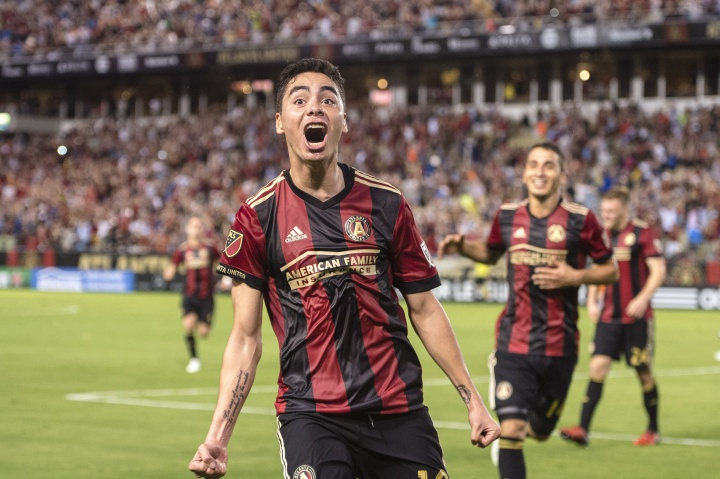 MLS leader Atlanta United has continued to make it tough for teams to knock the second-year team off the top spot.

Tata Martino’s side went unbeaten in the month of June, winning three and tying two of their five matches to earn SBI Team of the Month honors.

The Five Stripes opened June with a 3-1 home win against the Philadelphia Union, using a Josef Martinez hat trick to claim three points. Martinez’s fourth goal in the month helped Atlanta to a 1-1 draw at NYCFC on June 10th.

Following the draw, Atlanta rolled to another win, this time 2-0 at Columbus with Martinez and Hector Villalba getting on the scoresheet.

Julian Gressel played the hero on June 24th, as Atlanta fought back for a point in a 1-1 draw against the Portland Timbers. Their impressive month came to a close last Saturday as they rolled to a 4-0 triumph against struggling Orlando City. Miguel Almiron led the way with his first brace since April 28th, while Martinez netted his league-leading 15th goal of the season.

Defensively, Atlanta kept a pair of clean sheets despite some key starters suffering injuries. Atlanta sits on 37 points in the Eastern Conference, five ahead of the New York Red Bulls. Martino’s men are back in action on July 4th at FC Dallas as they try to extend their unbeaten run to six matches.

What did you think of Atlanta United’s month of June? Do you see any team catching them in the East? Who has been the Five Stripes’ best player this season?