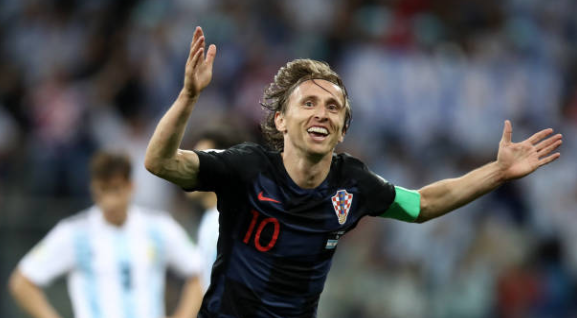 It wouldn’t be hard to argue that Luka Modric has been the best player at this summer’s World Cup. The Croatian star has done a little bit of everything, influencing games in a way matched by few players in Russia.

On Saturday, Modric was the star once again as Croatia advanced to the World Cup semifinals.

Modric provided an assist to go with unmatched energy in the heart of the Croatian midfield, leading the team to a win over Russia in penalty kicks. The win furthered Croatia’s run through the tournament while also earning Modric honors as SBI World Cup Player of the Day.

The Croatian maestro was his typical self in the midfield, completing 87 percent of his passes on the day. In a match where Croatia was left battered and bruised, Modric’s energy carried the team through extra time and, ultimately, into penalty kicks. Once there, Modric buried his shot from the spot as Croatia took down the hosts.

What did you think of Modric’s performance? Who stood out to you on Saturday?