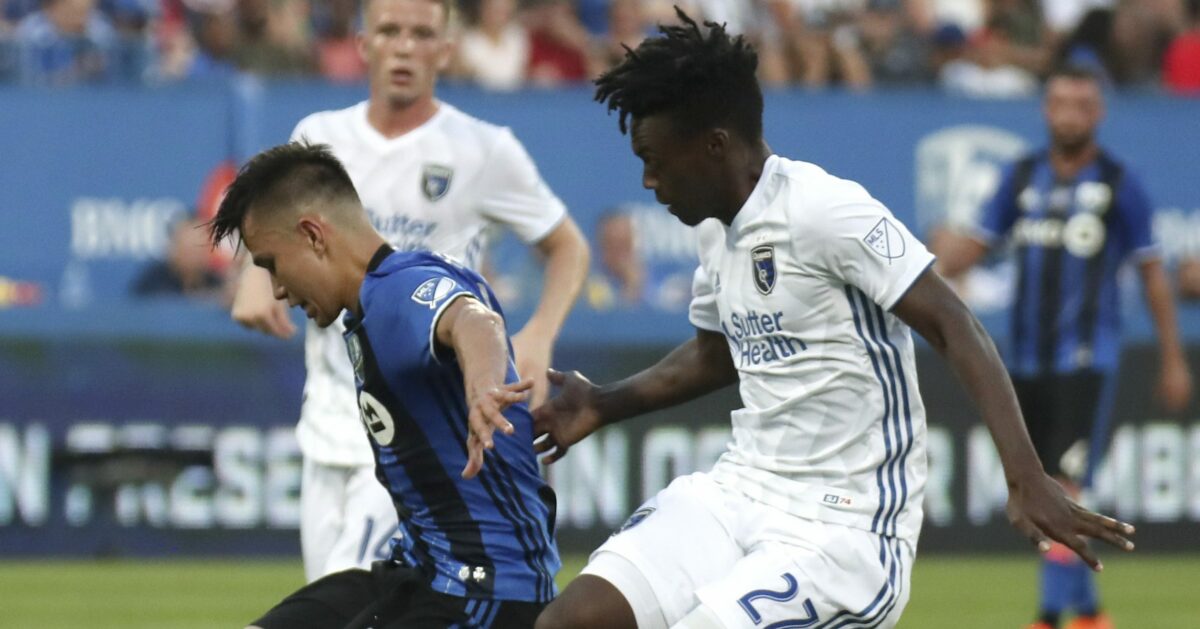 Fatai Alashe was part of an unusual set of events between the 41st minute and the San Jose Earthquakes’ return from halftime.

The Michigan native was subbed in for Annibal Godoy in the 41st minute, played for a total of six minutes only to be subbed off at halftime.

“He asked to come out. He was injured and also had a yellow card,” Stahre said of Godoy. “He asked me three-four times to be subbed out and we tried to keep him on the field for the last five minutes but we were forced to change him.”

According to members of the athletic training team, Alashe injured himself during the run of play. Chris Wondolowski said that Alashe was injured when “he just reached for the ball.”

“Groin was hurt, he couldn’t go on. Stuff happens, you get injured five minutes into the game and it’s one of those things,” Wondolowski added.

However, Alashe was back on the field in full playing gear when the Earthquakes returned from halftime. It was only when the fourth official raised his board that he rejoined the rest of his teammates on the bench.

When asked if Alashe understood he was being subbed off at halftime, Stahre said: “I asked him to start so [Jimmy Ockford] could prepare, it was just that.”

With the MLS transfer window opened, players understand that there might be a shakeup with the squad. Wondolowski, who admits that this stretch is one of the most difficult he lived as a Quake, gets that there could be a turnaround.

“I think that’s always something that’s on your mind just by our profession when you’re not performing there could and will be changes,” Wondolowski said. “You have to keep producing if you want to play, it’s ‘What have you done for me lately?’ and ‘What have you done?’ or what you can do.”

For Stahre, transfer discussions are in the plan but he mostly keeps his mind on the road ahead.

“I’m just focussed on the next game and of course we are discussing on what we have to add,” he said. “We are also about to prepare the next game for Seattle next Wednesday.”

Despite not having won since May 12 and trailing at the bottom of the western conference, Wondolowski still has “faith in this locker room.”

“I think the belief hasn’t wavered which I think that’s our best attribute right now.” he said. “I think that in that times you could waver and lose faith but I think the guys are all trying, believing and it’s just [about] execution now.”