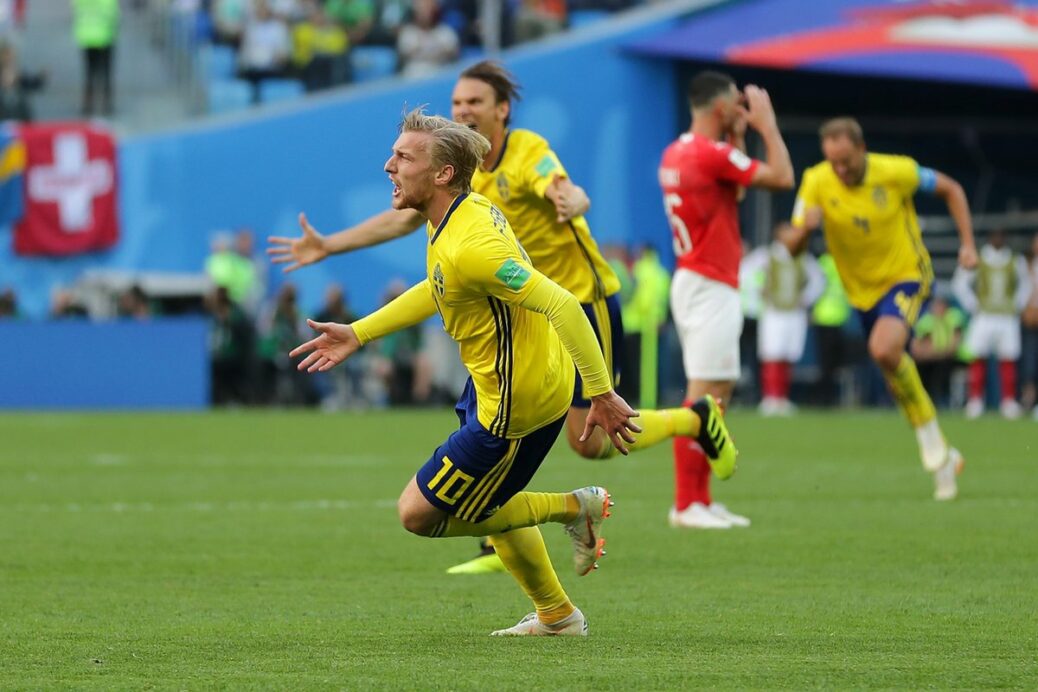 It certainly wasn’t the prettiest performance, but Sweden did just enough to grind out a narrow win over Switzerland.

A goal from Emil Forsberg was just enough for the Swedes, who outlasted Switzerland in a 1-0 win in Tuesday’s Round of 16 clash to book a spot in the World Cup quarterfinals.

After a slew of missed chances for either side, Sweden finally jumped ahead on a deflection. Emil Forsberg’s shot from the top of the box banked off of Manuel Akanji, leaving goalkeeper Yan Sommer helpless as the Swedes finally got their goal.

Both sides proved wasteful throughout, squandering a number of clear-cut chances throughout the build-up to the goal. The most egregious was a first half miss from Sweden’s Albin Ekdal, who opted to volley a shot up and over the bar over attempting a diving header.

In the aftermath of Forsberg’s goal, Switzerland turned on the pressure, but struggled to break down a resolute Sweden defense that put together a second consecutive clean sheet.

With less than 30 seconds remaining in stoppage time, Michael Lang earned a red card for taking down Martin Olsson in the box as Sweden executed a perfect counter attack. The match was all but over there as Sweden held on to the win.

Up next for Sweden is a clash with either England or Colombia on Saturday.

Forsberg scored a goal at one end and provided a goal-line clearance on the other, sealing his recognition as Man of the Match.

Sweden’s clash with Switzerland was decided by a deflected finish from Forsberg.