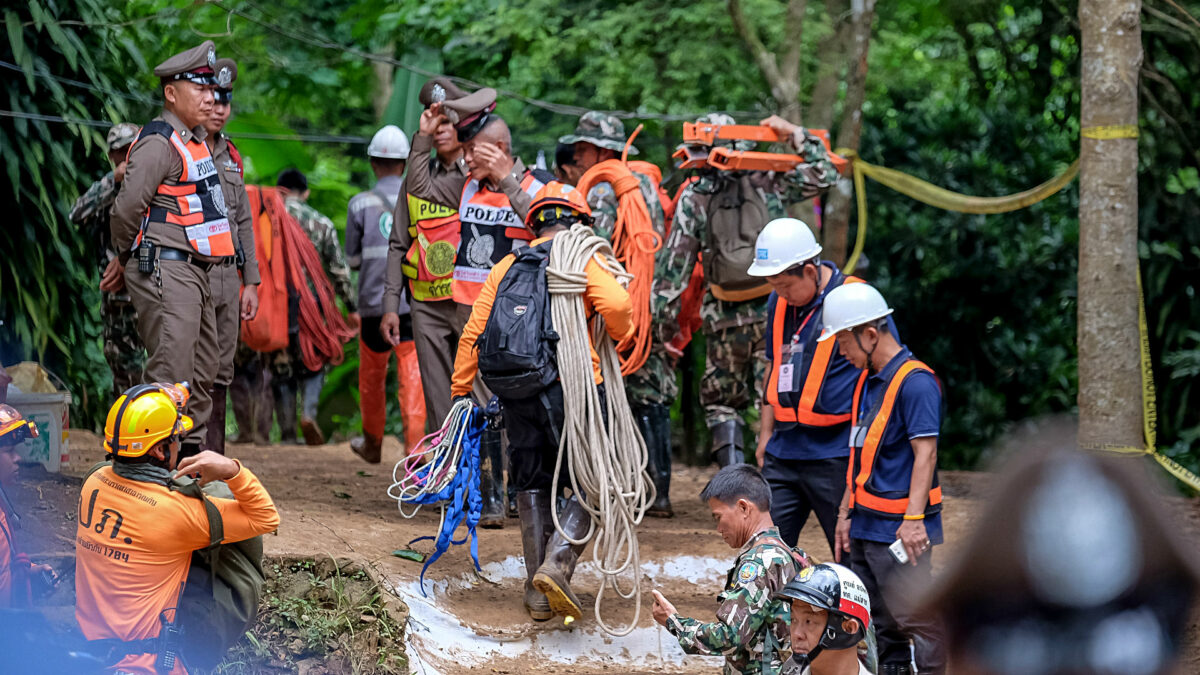 The World Cup may be reaching its dramatic conclusion, but the soccer world has turned its focus onto a cave in Thailand’s Chiang Rai province.

On June 23, the Wild Boars, a Thai youth soccer team and their coach began exploring cave after practice and ended up trapped as water within the labyrinth rose and sealed off the entrance. The squad of 12 players, aged 11 to 16, remained stuck down there for up to 18 days while officials attempted a series of daring rescue missions.

The process to pull them out involved a team of highly skilled Navy SEALs leading the boys out through a difficult maze of tunnels. Oxygen tanks were placed at regular intervals on the way out in order to help them maintain air during the journey.

The first of these efforts began on Sunday, while the team had already been missing for two weeks. Four players were rescued on day one and taken to a nearby hospital. Four more players were recovered on Monday and the remainder made it out on Tuesday, completing the operation with the entire team extracted safely.

All 12 players and their coach are now receiving medical treatment. Senior health officials credit the players’ fitness levels as soccer players for keeping them alive in the cave for such a lengthy period of time, as well as the apparently speedy recovery of the first boys to make it out of the cave. The first set of four players were already able to eat regular food after only two days of treatment.

The wider soccer world has followed the story and offered their support throughout the saga.

They’ve received messages of support from the biggest names in the sport. Cristiano Ronaldo and Lionel Messi both tweeted out their support. FIFA president Gianni Infantino invited the team to attend the World Cup Final on Sunday, but they will be unable to attend for medical reasons. FIFA is hoping to get the team to a FIFA event in the near future.