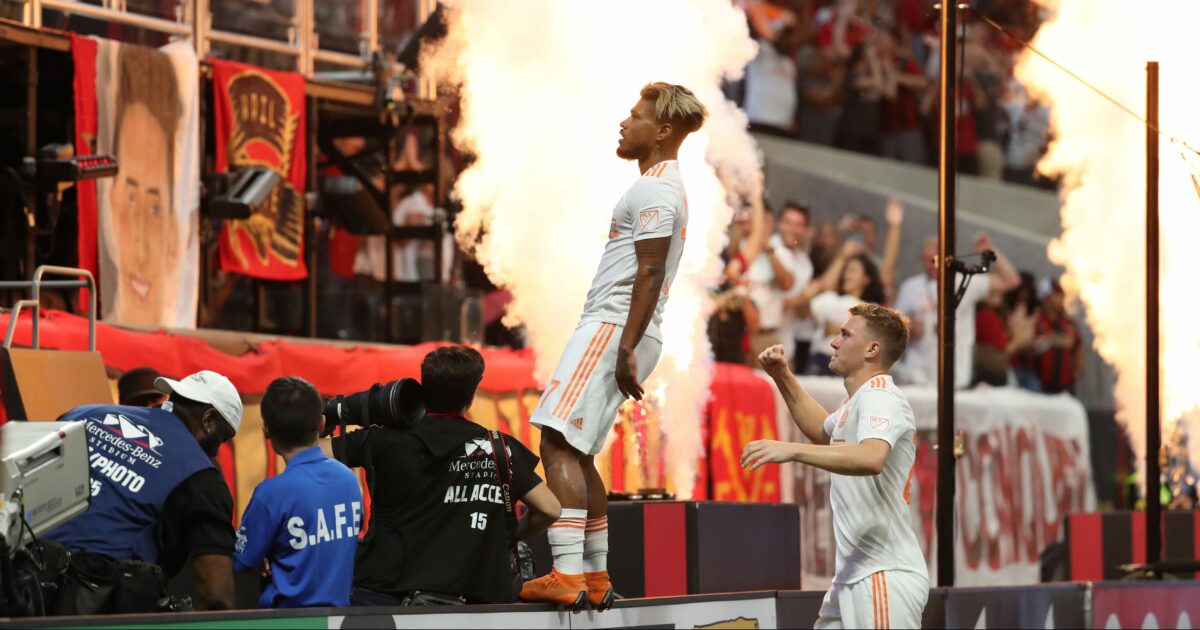 Week 21 of the MLS season is in the books and we have plenty to look back on. It was a week that featured a record-setting hat trick, a blowout by an unlikely team, and a late comeback capped by a long distance goal in stoppage time.

Here is the best of the week in MLS:

It’s hard to ignore a player who sets a pretty significant career record in only his second season in the league, and that’s exactly what Josef Martinez did. The Atlanta United forward scored all three of his side’s goals, giving him six career hat tricks, in a 3-1 win over D.C. United on Saturday. Martinez continues to dominate up front. He now has 41 goals in 43 total MLS appearances during his brief stint in the league.

Honorable mentions go to the Minnesota United attacking duo of Darwin Quintero and Christian Ramirez, who combined for three goals and two assists as the Loons hammered LAFC 5-1.

Speaking of Minnesota, their 5-1 smashing of Los Angeles FC alone would earn them Team of the Week honors, but couple that with a midweek triumph over the New England Revolution and you have a Loons team that’s won four out of their last five matches and is only two points back of a playoff spot. Quintero and Ramirez were the two main stars in that win over LAFC, but they also got a goal from Rasmus Schuller and a goal and assist from Miguel Ibarra.

Corey Baird didn’t get on the scoresheet, but he was effective up front for Real Salt Lake before he was subbed off in the second half of Saturday’s 2-2 draw with Colorado. He had one shot and defended well from the front for 85 minutes and left with his team in front by a goal.