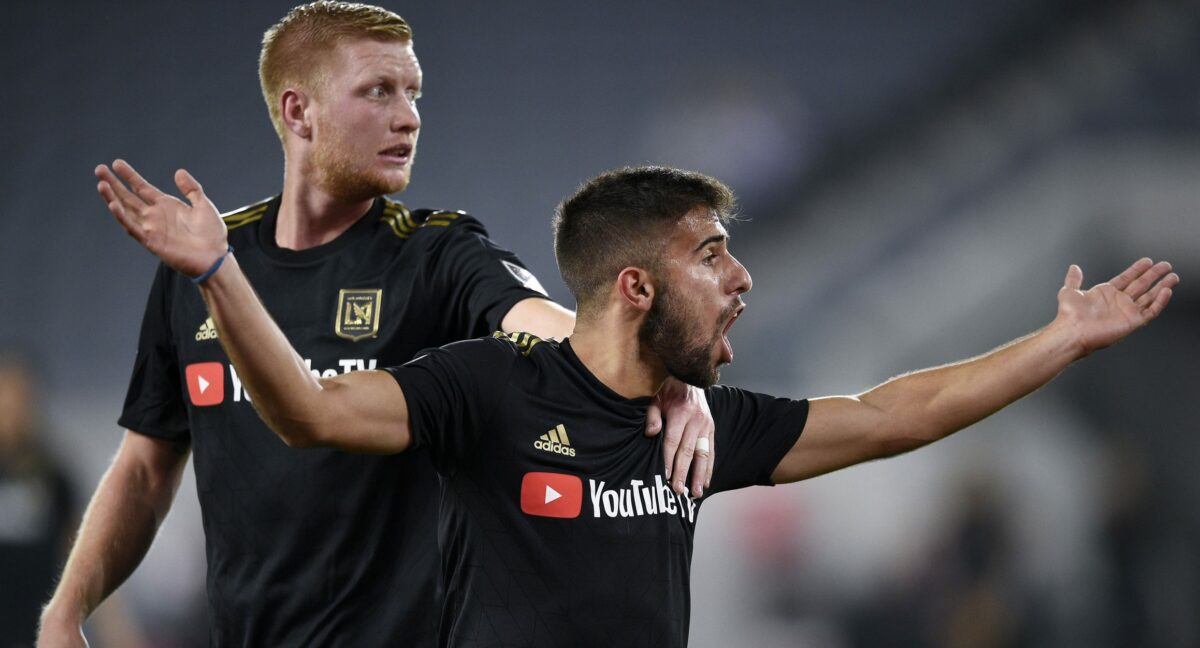 The Portland Timbers lost to Los Angeles FC in their U.S. Open Cup quarterfinal match on Wednesday night, but they have a beef with their opponent’s roster construction.

The Timbers are officially protesting the game, saying that LAFC fielded too many non-American players. U.S. Open Cup rules permit a maximum of five players non-American players (American citizens, permanent residents etc.) on a roster, according to the Timbers, LAFC had seven.

“The U.S. Open Cup Adjudication and Discipline Panel will review the matter as soon as possible,” U.S. Soccer said in a statement. The panel will make a ruling on Saturday.

According to Open Cup guidelines, a foreign born player is any players that are not “U.S. Citizens, lawful permanent residents, asylees and refugees.”

The controversy stems from the inclusions of Canadian-born players Mark Anthony Kaye. LAFC was told that Kaye counted as a domestic player for the purposes of the U.S. Open Cup — he counts as a domestic player for MLS roster purposes — but it has been determined that Kaye counts as a foreign player due to the fact he does not have a green card, and doesn’t fall into any of the other qualifying categories.

If found guilty of violations, LAFC is subject to a fine, or even forfeiture of the game.

What could keep LAFC from having to forfeit the match is the possibility that a U.S. Soccer official informed LAFC that Kaye counted as a domestic player, something a team source told SBI took place.

The draws to see who host the upcoming semifinal matches and to determine the priority for hosting the final will take place on Saturday.