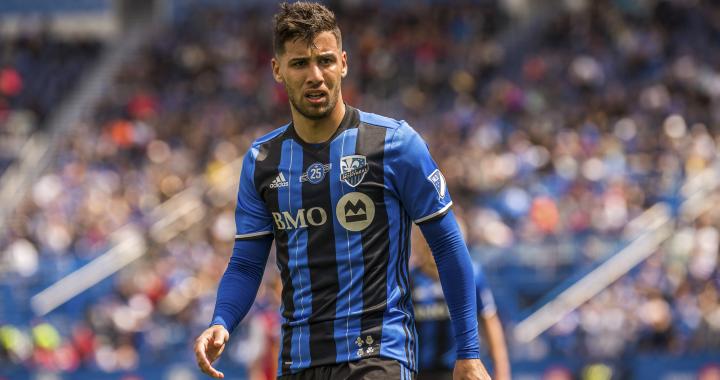 The last time Saphir Taider scored two goals in a game was a 2-1 win for Bologna against Varese on August 18, 2012 in Coppa Italia play.

Coincidentally, Taider’s next two-goal performance was in another 2-1 win—this time six years later in a Montreal Impact uniform. With both goals scored in less than a minute, the Algerian who isn’t known for his goal-scoring was the one making the difference.

“It’s definitely fun to do that but it’s not my forte, I’m not a goal-scorer specifically,” Taider said. “But for a player that likes to have the ball and create things, tonight I was successful in this but it was a team effort.”

The visiting Colorado Rapids were visibly parking the bus at Stade Saputo, with the team only accounting for 33 percent of the possession in the first half. Head coach Remi Garde saw an opportunity for Taider to use a tactic the team played out in training in order to make an impact in the game.

“They were very compact, they had a line of five at the back and we needed players between these two lines,” Garde said. “Even though there were narrow spaces I wanted that Saphir position himself in between and not always Daniel [Lovitz] and Nacho [Piatti].

Garde admitted that the Rapids generated more spaces in the second half but Taider and his teammated knew how to find them and create a two-goal cushion. Fellow midfielder Samuel Piette rejoiced seeing Taider get his name on the scoresheet.

“I knew that he wanted to score at any moment now and he gives us two tonight, congratulations to him, I think it will take a bit of pressure off of him,” Piette said. “But I don’t think it’s his responsibility to score so it’s the cherry on the sundae for him.”

As a designated player, the urge to score may play in your mind despite the playing style. Despite all this, Chris Duvall wasn’t surprised to see his teammate get such a performance.

“Today it looked like [goal-scoring] is part of his game,” he said. “We see it every day in training so I’m sure he’ll continue.”

However, Piette reiterated that a two-goal night was great for Taider but he is coming in handy for the Impact more often in his box-to-box midfielder role.

“He always wants to help out the team to get out of tough situations,” Piette said. “He’s very good technically, very comfortable on the ball and to have him as much as we can is huge for us.”

“I’m happy for him but he doesn’t need goals to show his value to the team.”

Montreal has now won four straight in league play, and next faces NYCFC on Wednesday.