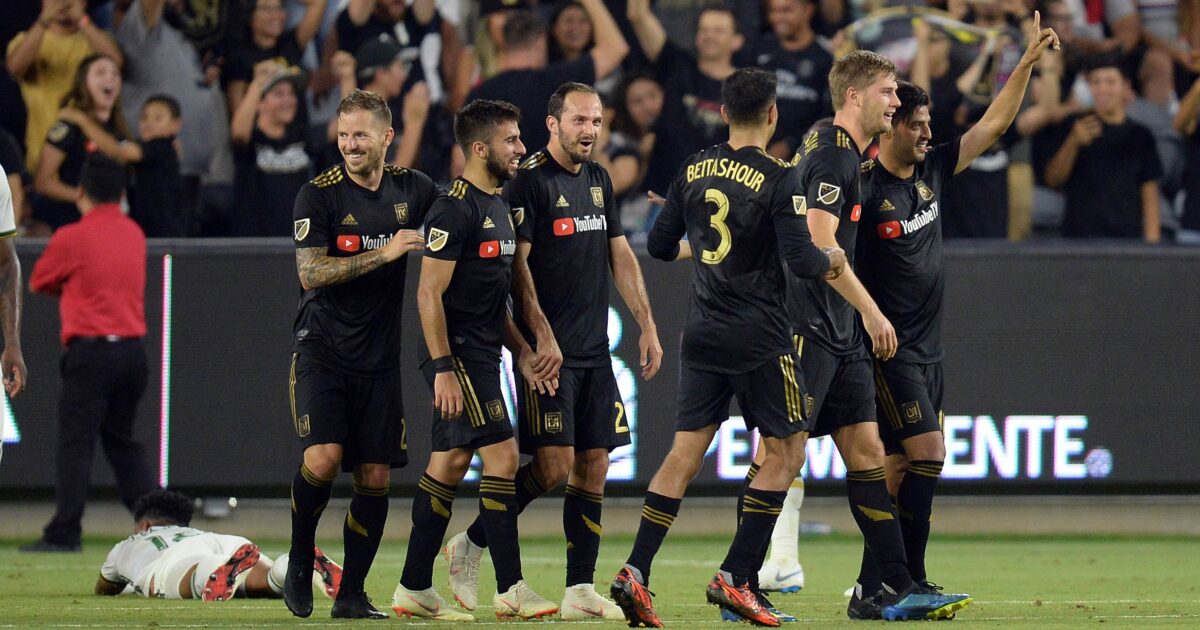 The defending champions and the only lower league team remaining are now out of the U.S. Open Cup after the quarterfinals.

Sporting Kansas City fell on the road to the Houston Dynamo to end their quest at a second straight Open Cup title. Also eliminated is Louisville City, the last remaining USL team was dismantled by the Chicago Fire.

The semifinals feature four MLS teams, including the league’s newest team, LAFC, which handed the Portland Timbers their first loss since April 8.

Here is the full recap of the U.S. Open Cup quarterfinals:

The Union are through the their third semifinal in five years.

Alejandro Bedoya scored in the fourth minute and that was enough to give Philadelphia the win.  The early goal allowed the Union to focus on defending, but they still managed to control the majority of possession while outshooting their opponents 19-10 when all was said and done.

The Union are now in the Open Cup’s penultimate round once again. They fell in the Final in both 2014 and 2015. It will be their fourth semi-final overall.

The Union will face the Chicago Fire in the semifinals.

The Fire made quick work of the only remaining USL team in the competition.

It was evident early on that Chicago would control the flow of play. Nemanja Nikolic opened the scoring in the 16th minute and Aleksandar Katai doubled the lead in the 33rd by finishing off a wonderful passing sequence between him, Nikolic, and Bastian Schweinsteiger.

Louisville showed a little more fight in the second half, but they never seriously threatened on the Fire goal. Any hope the may have had for a comeback was dashed in the 84th minute thanks to a straight red card dished out to Kyle Smith for an ugly studs up challenge. Their ten man defense would concede twice more in the 90th minute and beyond to finish the scoreline.

The Dynamo were eliminated from the Open Cup at the hands of SKC last year, but they got their revenge this time around.

It looked like the defending U.S. Open Cup champions would cruise to an away win when Johnny Russell put them in front before two minutes had passed, but that was the only lead SKC held on the night.

Romell Quioto leveled the scoring in the 35th minute and it was all Dynamo after that. His second gave them the lead in the 66th minute and the third went in all of three minutes later thanks to Mauro Manotas, who also scored the fourth and final goal in the 88th. Kansas City got a consolation goal from Yohan Croizet, but it was far too little, far too late.

In the final game of the night, a rematch of a scoreless draw from Sunday turned out to be anything but scoreless as LAFC become the first expansion team in the Open Cup semi-finals since the 2010 Seattle Sounders.

The first half of this match was fast paced and high scoring. It all started in the 33rd minute, Carlos Vela whipped a cross into the penalty area and it found the head of Portland’s David Guzman for an own goal. Vela would end up scoring one of his own just five minutes later to double the lead. The Timbers would claw back into the match during stoppage time, however. Julio Cascante headed home a brilliant free kick from Guzman.

The second half picked up right where the first left off, but it wouldn’t maintain that pace. It started with Marco Urena picking up his first ever LAFC goal in the 51st minute, but Vytautas Andriuskevicius hammered one home for Portland barely 60 second later to cut the lead back to one goal. That would sum up the scoring, however. LAFC did have a couple goals called back by the offside flag, but that was the closest anyone came to adding to the score.

LAFC is on to the semis in their inaugural season and will take on the Dynamo, who are through to this stage for the first time since 2009.

The semifinal matches will be played on either August 7 to 8.

The draw to figure out the home teams in those games will take place on Thursday morning. After that’s situated, another draw will take place to determine the priority for hosting the final, which will be on September 26.