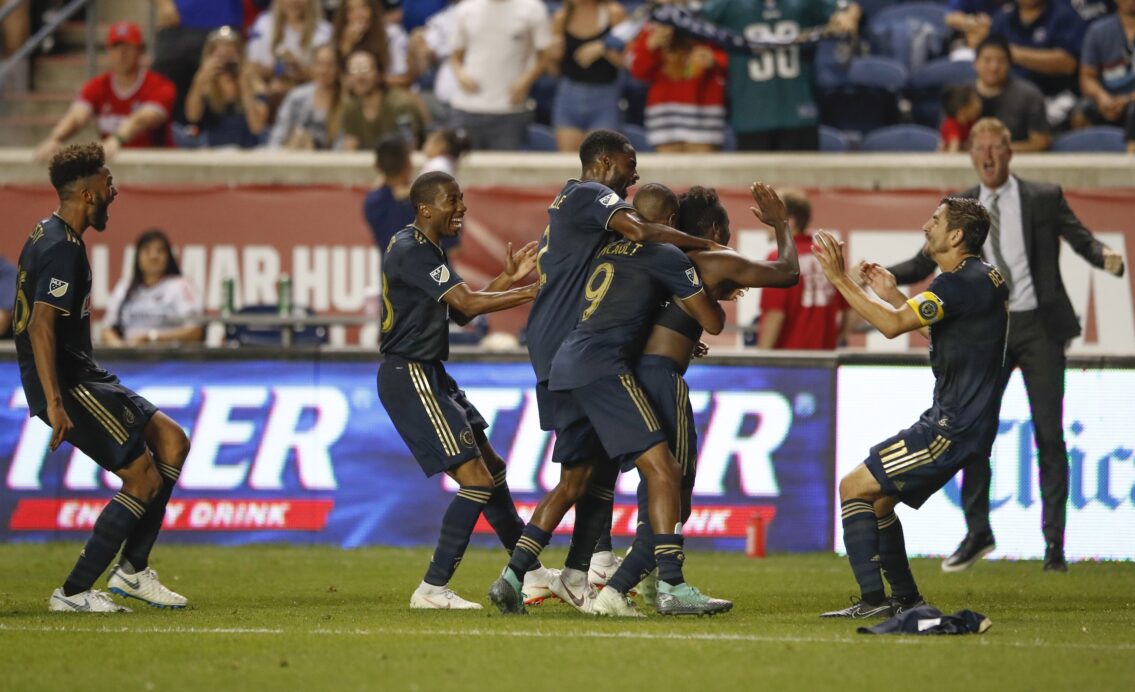 2018 for the Philadelphia Union’s David Accam has not gone as planned, with the Ghanaian struggling for consistency. Wednesday’s performance by Accam will surely him some confidence after scoring the winning goal against his former team.

Accam played the hero as he scored in the 95th minute to help the Union to a 4-3 road win against the Chicago Fire in a back-and-forth affair. Cory Burke also netted his first-career MLS brace, while three different players got on the scoresheet for Chicago.

The visitors held a 2-1 halftime advantage with Burke breaking a tie in the third minute of first-half stoppage time.

Aleksandar Katai was bundled over by Mark McKenzie to earn the penalty kick, allowing the Hungarian to score his eighth goal of the season.

A great run by Fafa Picault was capped off by a Burke header off the crossbar and in following It was Burke’s third goal in as many starts this season for Jim Curtin’s men.

Katai’s hot form continued for Chicago in the 69th minute as the Serbian beat Andre Blake from long range. It was Katai’s ninth goal this season and his fifth in his last five appearances for the club.

In the 73rd minute, Accam sent a cross in towards goal which Richard Sanchez could not grasp cleanly. Burke was in the right place at the right time to knee in his second of the evening.

The Union’s hard work was undone in the 94th minute when Bastian Schweinsteiger headed in a late corner. The German was not picked up and headed past Burke into the center of the goal.

However, that wasn’t the last goal of the game, as Accam sent his former fans home in tears after picking up a loose ball and rifling into the bottom-left corner. It was Accam’s first league goal for Philadelphia after 14 last season with the Fire.

The second road win of 2018 sees the Union (7-9-3) move to 24 points on the year. Philly head into an off weekend before hosting the LA Galaxy on July 21st. Chicago (6-9-5) have been swept by the Union for the first time in their history, and travel to FC Dallas on July 14th.

Accam made a big difference in the final moments, registering the winning goal and helping set up Burke’s second strike.

The final minutes were heart racing to say the least with the Union grabbing a late winner after Chicago thought it snatched a point.

Sanchez was poor in the loss for Chicago, getting beaten easily on a pair of the Union’s goals.