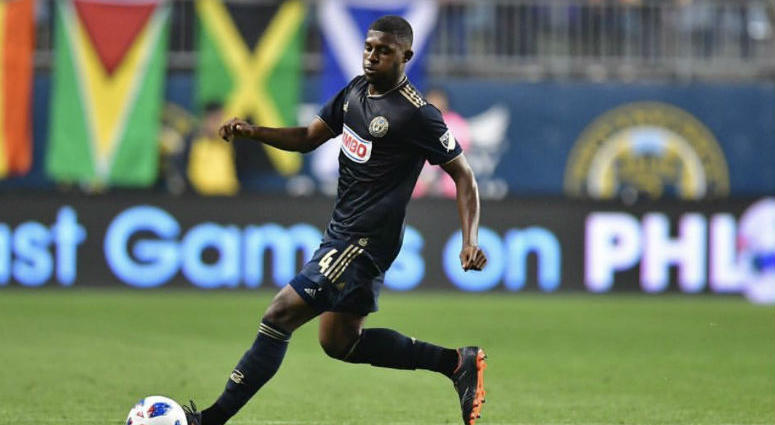 CHESTER, Pa. — The chemistry between a pair of centerbacks is crucial for any team’s backline to be a success. Building the trust will only help, but also knowing that your partner is taking the next step with you adds a bonus.

For the Philadelphia Union, they’ve seen huge growth from their talented duo of homegrown 19-year-old centerbacks Auston Trusty and Mark McKenzie. Before the 2018 season, the pair had zero minutes of first-team action with the Union and were eager to prove they belonged.

Fast forward to four months after Opening Day and the pair are playing beyond their years for the Eastern Conference club as they advanced to their fourth semifinal appearance of the U.S. Open Cup. The Union used an early goal from Alejandro Bedoya to down visiting Orlando City 1-0, while their young defensive duo shut down leading scorer Dom Dwyer and a pestering Lions attack.

“I thought our backline tonight was excellent,” Union head coach Jim Curtin said. “Mark McKenzie and Auston Trusty are playing well beyond their years and they are growing as a partnership in the back. Dom Dwyer is not an easy task to deal with for 90 minutes and they did so excellently.”

Coming up against a Orlando City side struggling for consistency was always going to be a mixed bag for the Union. Orlando has hurt for goals of late, but whenever you’re fighting for results you can afford to put the foot on the gas a little harder. McKenzie and Trusty neutralized Dwyer from the beginning, knowing where he was at every moment and getting under his skin even when he didn’t have the ball.

Even when Orlando tried to change things or tweak their formation, the duo was able to lead by example. While McKenzie looked to play passes through the middle of the field, Trusty would hang back and vice versa. At the end of the day, McKenzie and Trusty helped their team to their second clean sheet of this season’s Open Cup tournament.

“Mark was a beast tonight, he was able to not only dominate physically but also he was good with the ball which gets myself and Earnie excited,” Curtin said. “He played passes that eliminated five or six defenders at a time, and he may have made one mistake which we’ll still pick on him for but he’s growing. It’s difficult when you go up against talented strikers like Dwyer, Josef Martinez, Giovinco, etc. but he’s had a great reponse this season.”

“Auston has some good God-given ability where he can rise up and provide good headers. He’s braver with certain situations when it involves passing with his left foot out wide, when older defenders may just kick it deep. I believe he has the pedigree and ability to play in Europe so it depends how far he takes it.”

After allowing three goals in their last competitive match, the ability to forget and keep a clean sheet was huge for Philadelphia. Despite some nervy moments, the Union were able to absorb some pressure by Orlando City and keep pressing until the final whistle. At the end of the day, the goal for any defense is to keep clean sheets and limit their opponents chances. McKenzie was happy with the result especially in the magnitude of the match against a quality opponent

“Keeping clean sheets is always important for us and we try to achieve that every match,” McKenzie said. “We knew dealing with Dom was going to be tough, but we wanted to keep his back towards goal and we did that. Ultimately, we want to win the whole thing, it’s all about getting results and bringing it back to Philly.”

Fullbacks Keegan Rosenberry and Ray Gaddis also had strong outings for Philadelphia, limiting Orlando’s wide threats to minimal chances offensively. Both players have experiences from their younger days that they’ve been able to pass along to their defensive partners. The beauty for this duo is being able to see their teachings pay off in quick fashion.

“It’s been awesome, their success is fun to watch,” Rosenberry told SBI. “Any time you’re able to see younger players improve it’s a positive to see and they’re eager to learn. They are ready to learn, they accept criticism and want to get better so they’re good kids. Being able to work with good human beings as well is just fun to be apart of.”

“It’s a great experience for them, and anytime I can help them it’s a blessing,” Gaddis told SBI. “You can always be better as a player, but they’ve taken lessons in stride and I’ve been fortunate enough to see them come from the academy. It’s a huge testament to the Philadelphia Union academy and also Jim, but also to the senior players to help them improve. They’ve been phenomenal for us this year and I’m excited to see them continue to grow.”