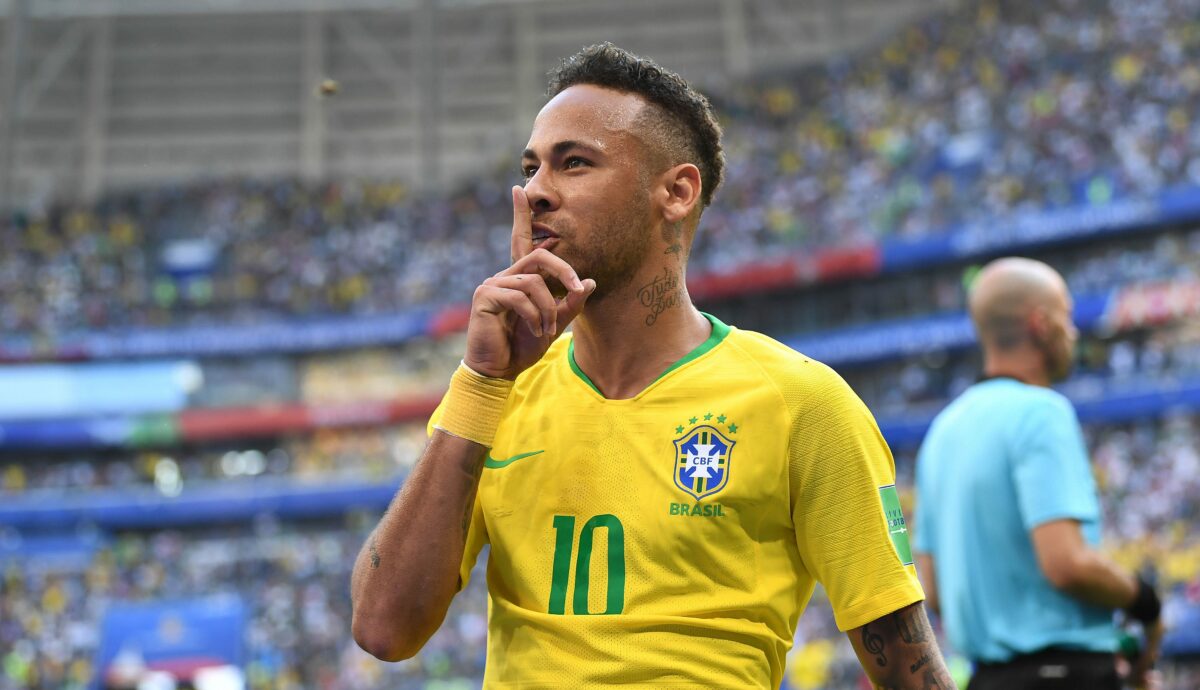 Just eight teams remain in the push for the World Cup and four legitimate title contenders take the field on Friday in an effort to move one step closer to the final game.

The semifinal round kicks off on Friday morning on a day that features plenty of superstars and storylines. The day starts with a clash between France and a likely-shorthanded Uruguay team that will look to upset one of the pre-tournament favorites.

Action then moves to a meeting between Brazil and Belgium, two teams featuring a roster full of world class stars and attacking talent aplenty.

With favorites falling left and right, France may just be the best team in the tournament. However, if this young and talented French group is going to make it to the semifinals, it will need to get through a tough Uruguay team.

Built around its veteran stars, Uruguay has allowed just one goal in Russia thanks to a defensive block anchored by Diego Godin and Jose Gimenez. On the attacking end, Uruguay has done just enough to squeak by, but Luis Suarez and co. will certainly have their backs against the wall with Edinson Cavani likely to miss out due to injury.

Suarez can no doubt carry the scoring load himself, but the big battle will occur just behind him as France’s midfield will look to strangle a Uruguay unit that is likely the team’s weakness. Uruguay has struggled to link its talented defense to its attack and, with players like N’Golo Kante, Paul Pogba, Blaise Matuidi and Steven N’Zonzi in the mix, Uruguay could have issues keeping the ball and moving it effectively.

France, meanwhile, is fresh off of an impressive attacking performance against Argentina. Kylian Mbappe’s speed was on full display throughout as the Frenchman tore the Argentine defense to shreds several times. It was a welcome sight for French fans as Olivier Giroud and Antoine Griezmann have yet to get going. Godin and Gimenez, who play with Griezmann at Atletico Madrid, are a whole new level, though, giving France it’s biggest test yet as the team looks to prove it can finally reach the level expected of the group’s collective talent.

Brazil has long been a power of world soccer. Belgium hasn’t. On Friday, a perennial contender faces a golden generation with a spot in the World Cup semifinals on the line.

Despite their differing histories, both Brazil and Belgium entered the 2018 tournament with the same thing in mind: win or bust. Both teams finished unbeaten in the group stage before getting through the Round of 16. Belgium’s clash with Japan was more difficult than expected, while Brazil handled Mexico with ease in comparison.

Belgium’s defense has been the team’s weak link through four games, and you could argue that Brazil’s attack has been its weakness. Gabriel Jesus has struggled to get going while Neymar has been a constant target for fouls throughout. Teams have worked to make the game ugly against Brazil, and Belgium’s leaky defense will likely look to do the same. Jan Vertonghen and Toby Alderweireld will be the ones tasked with leading a defense that allowed two goals to Japan and two more to Tunisia.

The Belgium attack, on the other hand, has been electrifying. Romelu Lukaku has been a force while Eden Hazard and Kevin de Bruyne have played their part. Add in contributions from unlikely sources in Marouane Fellaini and Nacer Chadli and Belgium currently leads the tournament in goals scored. Despite memories of a 7-1 trouncing from four years ago, the Brazil defense is solid, but the absence of the suspended Casemiro could leave a major hole in the midfield. Fernandinho is certainly a solid replacement, but he’s far from the defensive presence of the Real Madrid midfielder.

The match has the potential to be a thrilling one. It’s a battle of two teams with legitimate aspirations and attacks capable of leading them there.