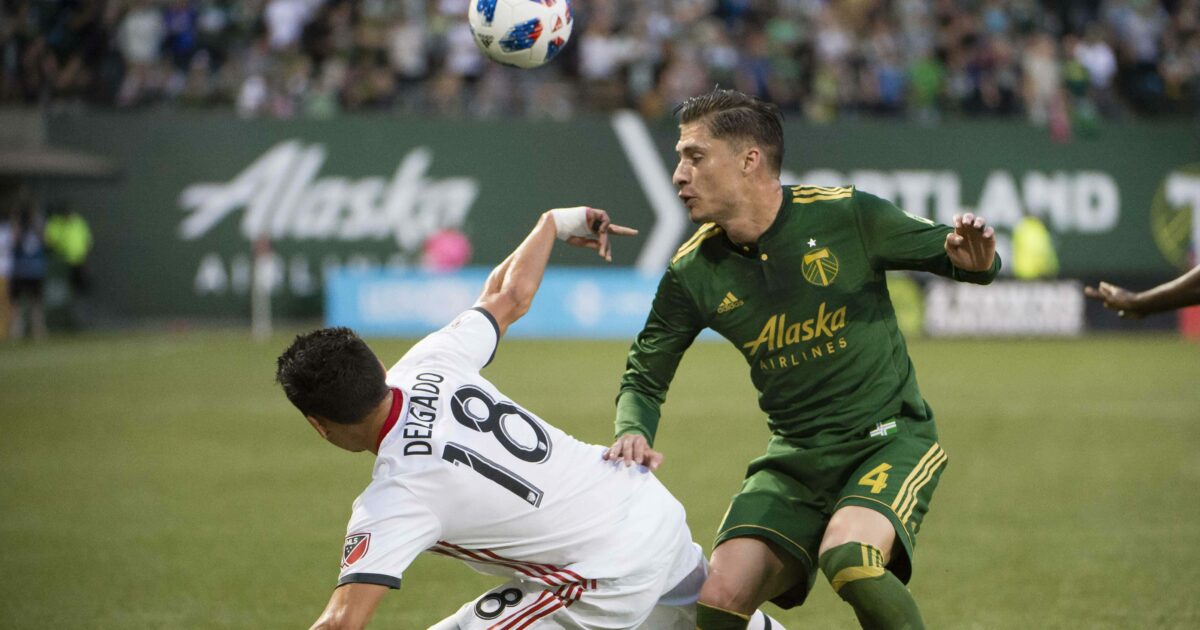 The Portland Timbers put an end to a frustrating four game losing streak on Wednesday night, and they did it while a pair of familiar faces made their return to the team. Jorge Villafana and Lucas Melano, both key members of the 2015 MLS Cup winning side, made returns to the team after fairly significant periods away.

Villafana left to play for Santos in Liga MX after lifting the MLS Cup three years ago. He was solid in the time he spent there. He was there for two Liga MX titles, including playing a key role in the squad that won the 2018 Clausura championship, his last season before returning to Portland, where he is glad to be back.

“It feels very good; I’m really happy to be back,” Villafana said after Wednesday’s 2-0 win over Toronto FC. “I’ve kept in touch with some of the guys and I’m enjoying it right now. I’m happy to have stepped on the pitch today and help the team get a win.”

The U.S. Men’s National Team left back played a solid 80 minutes in his first start back and he contributed both offensively, with an 85% pass success rate, and defensively, where he took on Toronto’s attack with little issue. All in all, his return to Providence Park was successful and exceeded all of his coach’s expectations.

“We expected him to play 60 minutes,” head coach Giovanni Savarese said after the match, “he played a little more. For what he gave during the game was very good. He gave us a lot going forward and I thought it was great to be able to have him.”

Villafana hasn’t seen competitive action since the Liga MX Clausura Final back at the end of May. That amount of time off may have contributed to the early exit, but he’s still working his way back into shape.

Also joining him was forward Lucas Melano, who had been away on loan in Argentina, first to Belgrano then Estudiantes. His return performance was less notable than Villafana’s but he still earned the praise of his coach after the win.

“They were great,” Savarese said of the two players. “They’ve been great during practice and are excited to be back. They’ve been excited to be a part of the locker room and today they had the opportunity to be able to contribute in the match. What we saw from Villafaña was very good. Melano came in to be able to do the job that we asked him to do and he created a very good chance. It’s excellent to have these choices now to make the team stronger.”

Villafana should slot in as a regular starter in the Timbers team once he is fully fit, but Melano will more than likely return to the substitute role he was used to before his loan spells over the past two seasons. Both of them provide Savarese with additional depth that can come in handy as the season winds down with a busy stretch of matches.