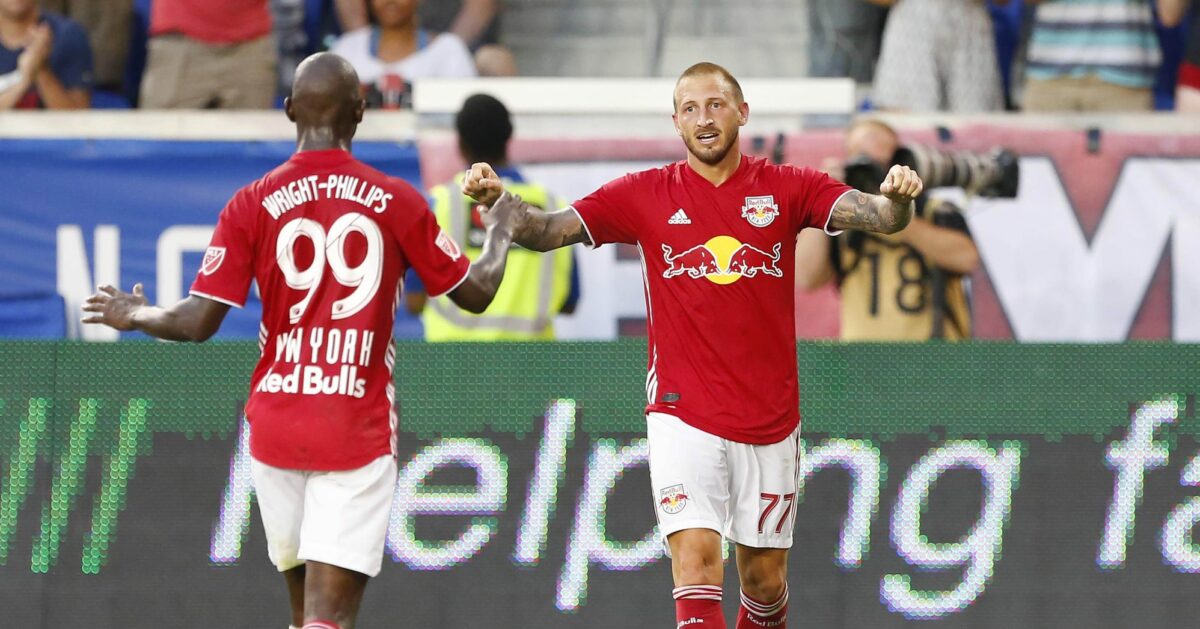 It seems there’s nothing Bradley Wright-Phillips can’t do to help out the New York Red Bulls.

The entire league knows about his goal scoring prowess. He scored his 100th MLS goal just last week, a feat he was honored for after Sunday night’s win over Los Angeles FC. However, in that match, he made headlines for his abilities to feed his teammates rather than finishing the goals himself.

Wright-Phillips easily could have brought his career total to 101 by slotting home the winning goal in the 80th minute. He collected a long ball from Marc Rzatkowski and was basically one on one with LAFC keeper Tyler Miller. However, he declined the chance to score himself in order to play a pass to Daniel Royer, who easily tapped the ball in for his second of the night.

“That play says everything,” Royer said about Wright-Phillips feeding him the winner. “He had a decent angle to shoot and to score a goal. But after the game he told me he heard me yelling and he saw me and he thought I had a better position, so he passed the ball and that’s just great.”

That was his sixth assist of the season. That, combined with his 14 goals has him involved in a total of 20 Red Bulls goals this year. Only Josef Martinez and Zlatan Ibrahimovic have found themselves on the scoresheet more often.

It doesn’t seem to matter whether or not he’s the guy finishing attacking moves, he’s excellent, and happy, anyway.

That selflessness is but one more quality that makes him a valuable asset to the Red Bulls. Even when he isn’t scoring goals, he’s out there helping his teammates both on and off the field. It’s something that everyone has noticed, especially his new head coach, Chris Armas.

“Look, every so often, a guy like this comes around and you can only be so fortunate to spend some time with a player and a person like this,” Armas said.

“So for every young player, either in our academy and comes through, and first-team player, how for fortunate that they can watch a guy and remind guys — and I tell players, watch this guy: Watch how he shows up every day and watch what real work looks like. Watch how he interacts people. Watch how he takes to Nancy, the woman who prepares our food. Watch how he deals with the bus drivers, and it goes on and on and on.”

So, while his goal scoring speaks for itself, there doesn’t seem to be much BWP can’t accomplish, both on and off the field.