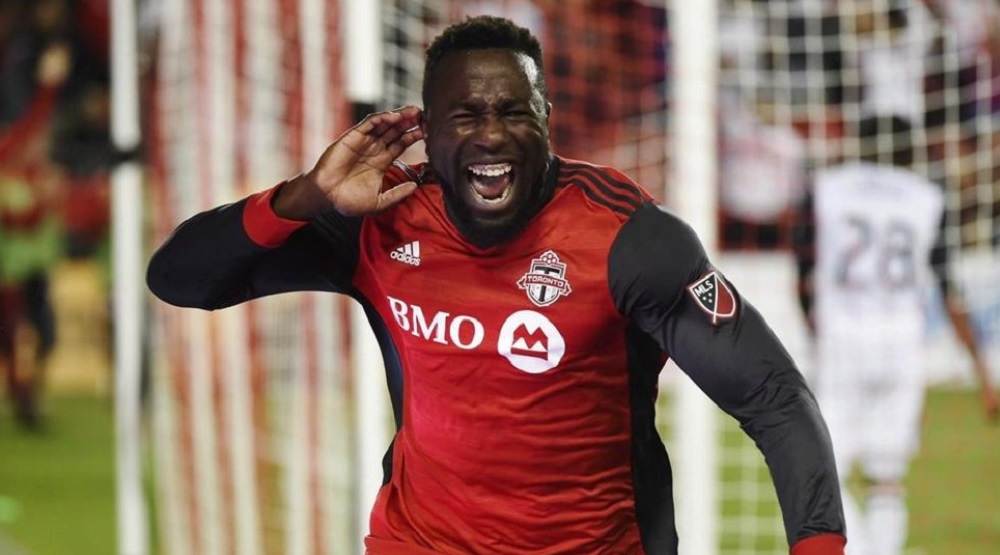 After getting sent off in league play against NYCFC last Sunday, Altidore pulled a hat trick from his back pocket. On his side, Giovinco scored a goal of his own and assisted one of Altidore’s.

On their way to a 5-2 victory, 7-4 on aggregate, TFC not only clinches a third consecutive Voyageurs Cup but will be once again part of the CONCACAF Champions League. Having gone a penalty shootout away from winning it all, Toronto FC will aim to fill the only empty spot in their current trophy cabinet.

Toronto FC opened the score at the 39th minute courtesy of Altidore. The U.S. Men’s National Team forward received a back-heel pass from Justin Morrow inside the box on the right side in a give-and-go play. All that was left for Altidore was to beat Stefan Marinovic to give TFC a 3-2 aggregate lead.

TFC took five minutes to strike again coming from fellow designated player Sebastian Giovinco. On the left-hand side, Marky Delgado connected with Jonathan Osorio inside the box. The Canadian crossed the ball towards the Italian who dove to give Toronto FC a second goal in the first half.

Back from halftime, it was both designated players who connected for Toronto’s third goal of the night. From the right flank, Giovinco crossed the ball into the six-yard box where Altidore used the inside of his leg to deflect the ball inside the net for his second goal.

Altidore confirmed his hat trick at the 53rd minute via corner kick. The American headed the ball sent in by Giovinco towards the far post to bring the aggregate score to 6-2.

The Whitecaps pulled one goal back by way of Kei Kamara. At the 63rd minute, the Sierra Leone international pulled away with a run on the left-hand side and beat Clint Irwin to cut TFC’s lead to 6-3.

Brek Shea added a second goal for the Whitecaps. Erik Hurtado made his way up the right flank and sent a low cross in the six-yard box. The ball fell for Eriq Zavaleta but was intercepted by Shea who instantly sent it through Irwin’s legs and into the net.

Toronto FC’s third designated player, Michael Bradley contributed to putting this championship game to bed on a goal by Tosaint Ricketts. On a free kick situation, the TFC captain found the Canadian international just under the penalty spot leaping over everyone and heading a seventh goal on aggregate.

TFC now count seven Voyageurs Cups in the Canadian Championship era of the trophy’s history, the most of any team.