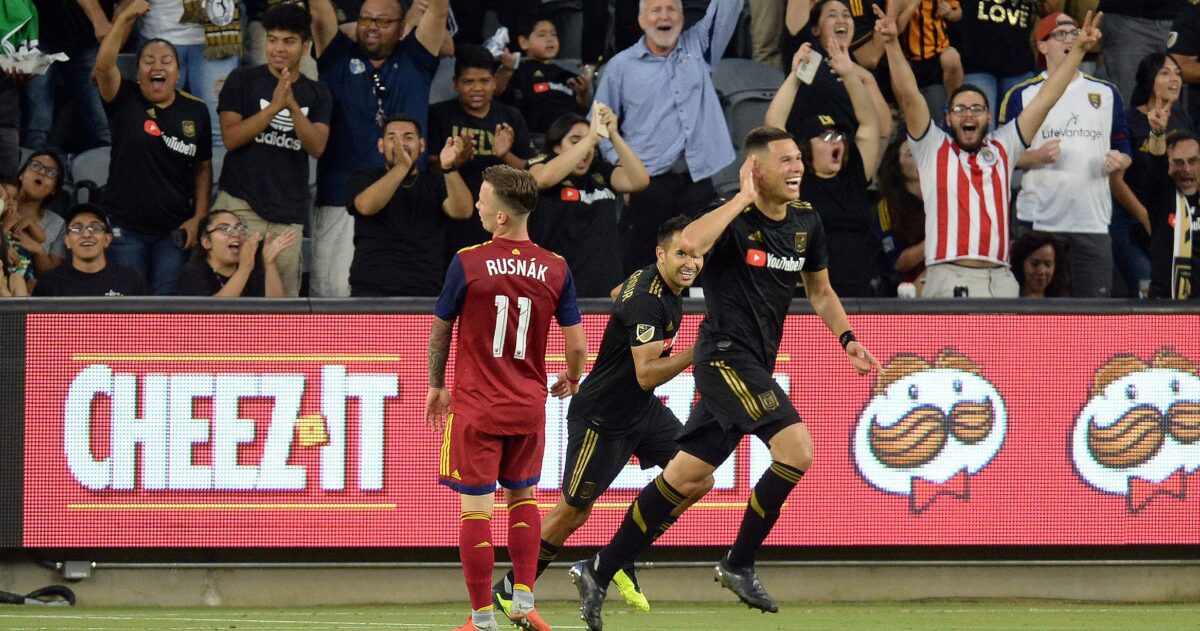 The expansion side made easy work of visiting Real Salt Lake thanks to the efforts of the former Minnesota United forward, who scored both of the goals in the 2-0 win in his first start with his new club.

Ramirez almost started the scoring in the opening ten minutes when he headed home a Carlos Vela cross, but the Vela was caught in an offside position before playing the ball into the box. Ramirez got the scoring started for real in the 13th minute. It was Vela again providing the chance as his through pass allowed Ramirez to knock home the opener with ease.

LAFC’s newest star bagged his second of the match at the half hour mark by being in the right place at the right time to collect a low Eduard Atuesta cross. The initial ball passed behind Vela and came right to Ramirez, who tapped into an empty net from the top of the six yard box.

Those were Ramirez’s eighth and ninth goals of the season, but his first two since coming to LAFC from Minnesota United.

While no more goals were scored, LAFC didn’t exactly need them. RSL never truly threatened to cut into the lead.

Not helping RSL’s cause was the halftime substitution of goalkeeper Nick Rimando, who appeared to be favoring his hamstring late in the opening frame. Rimando’s injury paved the way for 23-year-old Andrew Putna to make his MLS debut in goal. He was strong, despite the defensive shortcomings in front of him. His crowning achievement of the night was making a pair of saves on Vela from point-blank range around the 75th minute.

The win snaps a five game winless run for LAFC and moves them ahead of the Portland Timbers and LA Galaxy into third place in the Western Conference. They will host the Colorado Rapids at Banc of California Stadium on Sunday.

As for Real Salt Lake, they still hold onto sixth place in the West by two points. Their next match is on Saturday against the Dynamo in Houston.

Cristian Ramirez made the most of his first start with his new team. Scoring twice within a half hour is a great way to introduce oneself.

Ramirez’s opening goal was the product of a perfect cross and a perfect header, and it was enough to get LAFC started.

Nick Rimando wasn’t great in the first half and was forced off at the break thanks to an apparent injury.