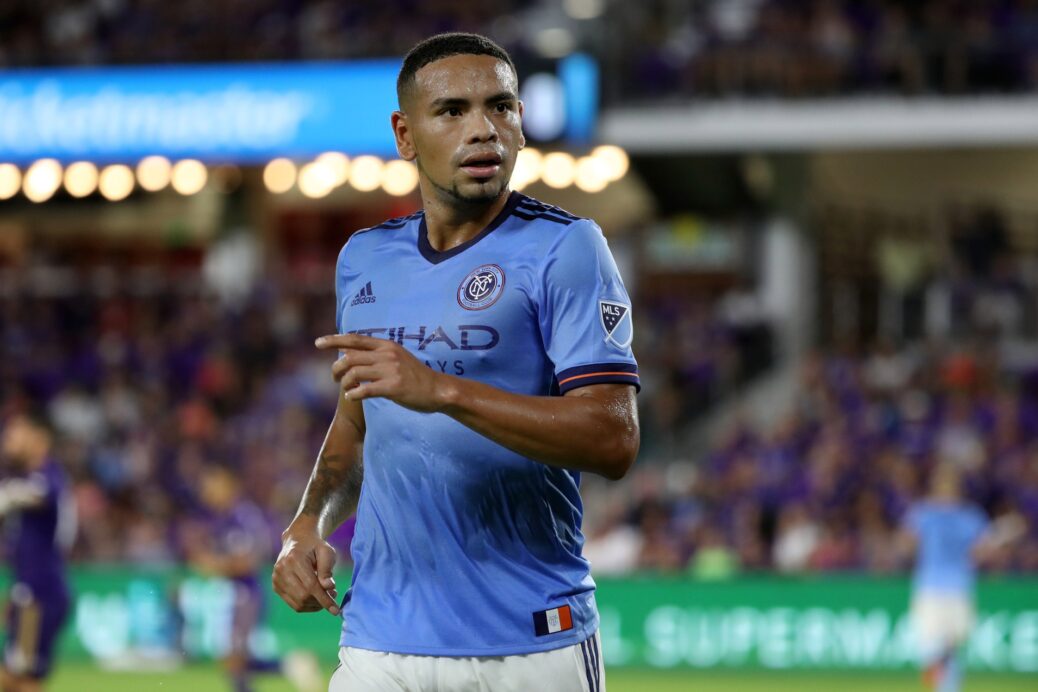 NEW YORK — Iron Man’s streak may have come to an end, but the start of a new one may begin this weekend.

For the first time since signing with New York City FC in 2017, Alexander Callens missed a regular season game in last Wednesday’s installment of the Hudson River Derby.

Callens was ruled out of the match versus the New York Red Bulls that ended 1-1 because of a knee injury suffered days prior, but the centerback is already healthy again and hopeful of reclaiming his regular place in the starting lineup in this weekend’s visit to Columbus Crew SC.

“I’m good, I’m good, better,” the 26-year-old Callens told SBI. “Last week I couldn’t play, especially because it was a shortened week and I didn’t have enough time to recover, but I’m fine, I’m fine and I’m recovering. I’ll be ready for and make it to the next game.”

Callens, who had started all of the previous 59 regular season matches over the past two years for NYCFC and played 90 minutes in all but two of them, missed last week’s match at Yankee Stadium due to a knock suffered in the Aug. 18 road loss to the Philadelphia Union.

He attended the rivalry game to cheer on his teammates from the stands but found it difficult to watch, especially because of how things played out for an NYCFC side that was reduced to nine players.

“It’s the first game I miss, and I felt bad about it because it was an important game, because it’s a game that decides who are the kings of New York,” said Callens, who has affectionately been nicknamed ‘Iron Man’ because of his reliability. “The good thing is the team went out to play and with everything they had, and they did it really well.

“It was the type of game that happens once a year, and it just happened to come in a game against the Red Bulls. What can I say? The referee makes the decisions, but the important thing is that the team had chances to win the game playing down two men. That’s what was the best thing about the match: the team fought hard.”

Callens should be back on the field this Saturday against the Columbus Crew, and the Eastern Conference bout could mark the beginning of another long string of starts for the Peruvian.

What’s more is that the showdown at Mapfre Stadium also has Supporters’ Shield implications, as NYCFC currently sits six points behind league leaders Atlanta United with eight games remaining in the season.

Finding a way to close the gap and win that trophy would not only give NYCFC the first piece of hardware in its four-year existence, but also improve Callens’ chances of receiving an international call-up.

Callens has not been called up by Peru in two years nor has he played for la blanquirroja since 2014, but he knows that performing well and winning titles with his club would certainly boost his odds of returning to Ricardo Gareca’s side.

“I haven’t spoken to them or had any communication or anything,” said Callens when asked if he had had contact with Peru’s staff. “But like I always say, I’m very calm, I’m doing things well here, and the opportunity will come eventually. I can only await my opportunity. Until then, I’ll just keep working. The rest will come on its own.”

Callens may not currently be enjoying moments with his compatriots on the international level, but he is sharing good experiences with some of them on the club stage. A collection of Peruvians have signed with MLS over the past two years, including most recent arrivals Raul Ruidiaz and Carlos Ascues, and Callens is pleased to see his fellow countrymen joining the league and making a difference.

“I’m very happy to see it because more Peruvians are coming here,” said Callens. “We are showing our quality, how we play our game, how we are. I expect more players to come, and that way we can grow and show we’re among the best.”