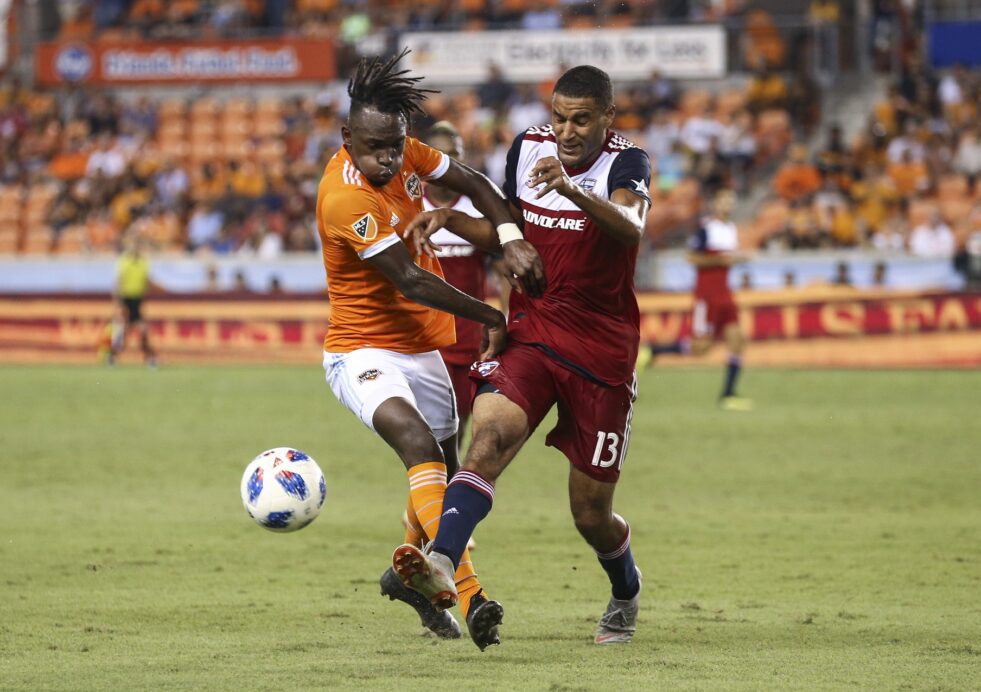 The Texas Derby was looking like a bland, scoreless affair for 80 minutes, but it caught some life at the end with a pair of late goals.

The first of which came from Michael Barrios in the 83rd minute. He managed to fight off Andrew Wenger as they both went for a forward header by Maxi Urruti. After he won the tussle he tapped through Joe Willis’s legs for the goal.

Houston’s equalizer came just five minutes later on a well placed low shot by Ronaldo Pena. He received a pass from Tomas Martinez at the top of the 18, cut outside, and smashed his right-footer inside the near post as Jimmy Maurer dove helplessly at the shot.

Houston will take the point as they cling to their ever fading playoff hopes. They are nine points back of sixth in the Western Conference and they have to travel to Harrison to face the Red Bulls on Wednesday.

FC Dallas holds onto the top spot out West by four points over Sporting Kansas City. Their next match is out at Avaya Stadium against the lowly San Jose Earthquakes, also on Wednesday night.

Tomas Martinez did well to provide Houston with enough going forward and he set Pena up for the winning goal.

Andrew Wenger’s defending was nightmarish on the Dallas goal, had he done better, the Dynamo might be talking about three points in a rivalry match.