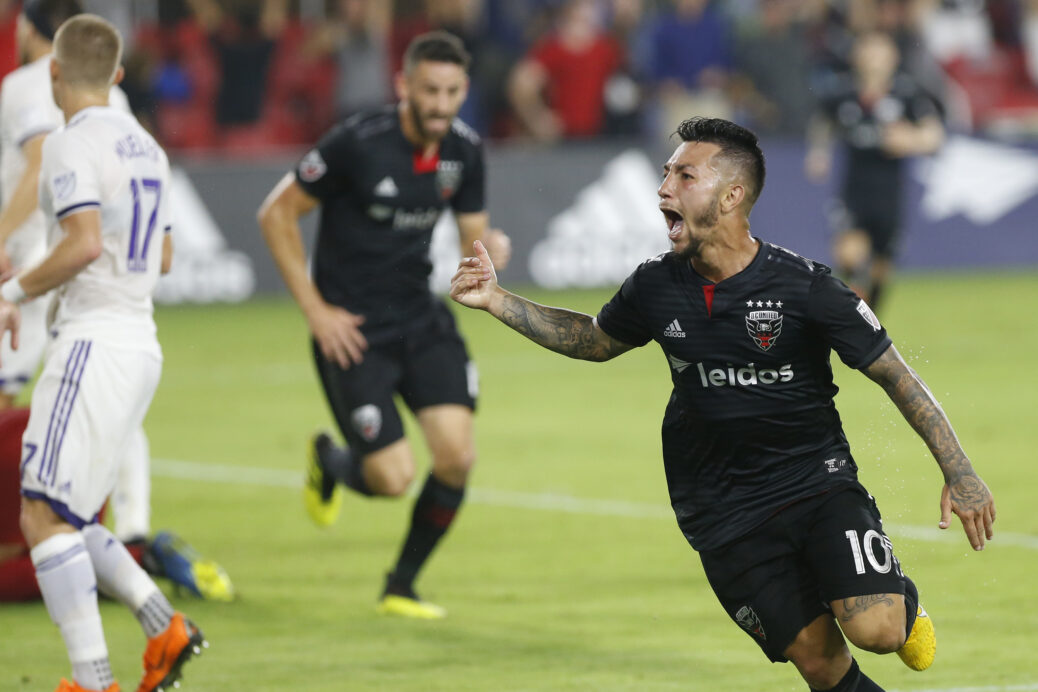 It came down to the final moments on Sunday as D.C. United picked up a massive win over a team also in the chase for a playoff berth.

Luciano Acosta scored in the sixth minute of stoppage time to complete his hat-trick in a 3-2 win over Orlando City. The loss is Orlando City’s 13th in 15 matches while D.C. extends an unbeaten run to three games.

Acosta’s big moment came in the 96th minute via Wayne Rooney’s effort. The English star hustled back to win the ball and stop a counter attack before firing a cross towards Acosta, who finished to lock up the win.

The D.C. United playmaker’s first goal also came in stoppage time as he scored to close the first half. Following a David Ousted own goal, Orlando City faced a setback as Cristian Higuita was sent off. Acosta then pushed D.C. into the lead once again in the 64th minute before Orlando City fought back once again with a Dom Dwyer goal seven minutes later.

That tie would last until the waning moments when Rooney and Acosta combined to give D.C. a much-needed win.

There’s no doubt who Man of the Match is as the hat-trick hero Acosta carried D.C. to victory.

Rooney’s hustle, effort and quality helped set up Acosta for the winner.

Higuita is an easy choice as the red card put Orlando City’s backs against the wall.