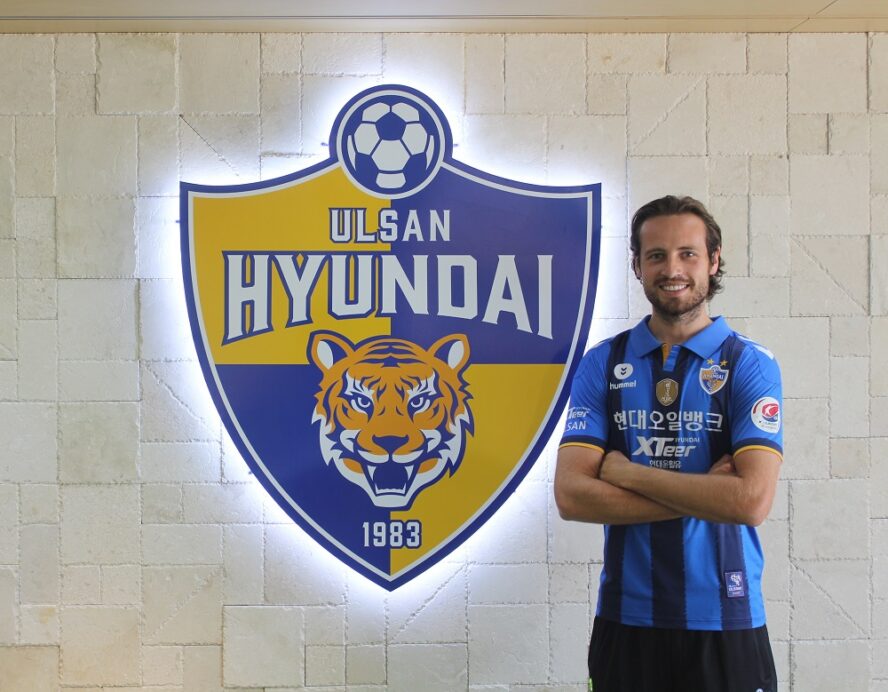 Mix Diskerud’s move to South Korea had many people scratching their heads. The former NYCFC midfielder silenced his critics with his first goal for Ulsan Hyundai on Saturday.

Diskerud became the first American player to score in South Korea’s top-flight as Ulsan rolled past FC Seoul 4-1 at home.

Seung-Gyu Han opened things in the 37th minute for Ulsan before Junior Negrao doubled the hosts lead in the 42nd.

Diskerud added to the first-half onslaught with his first goal in the 44th minute. Negrao would tally his second goal of the match in the 57th to make it 4-0 to Ulsan.

Seoul would pull a consolation goal back after the hour mark but that would be their only response. Ulsan’s victory sees them sitting in third place in the K-League, four points back of second-place Gyeongnam.

As for Diskerud, he will hope today’s performance sparks him to find the back of the net more often. The Manchester City loanee scored seven goals in 41 appearances with Swedish side Goteborg before making the switch to South Korea.

Ulsan is next in action on Sept. 2nd at Incheon.