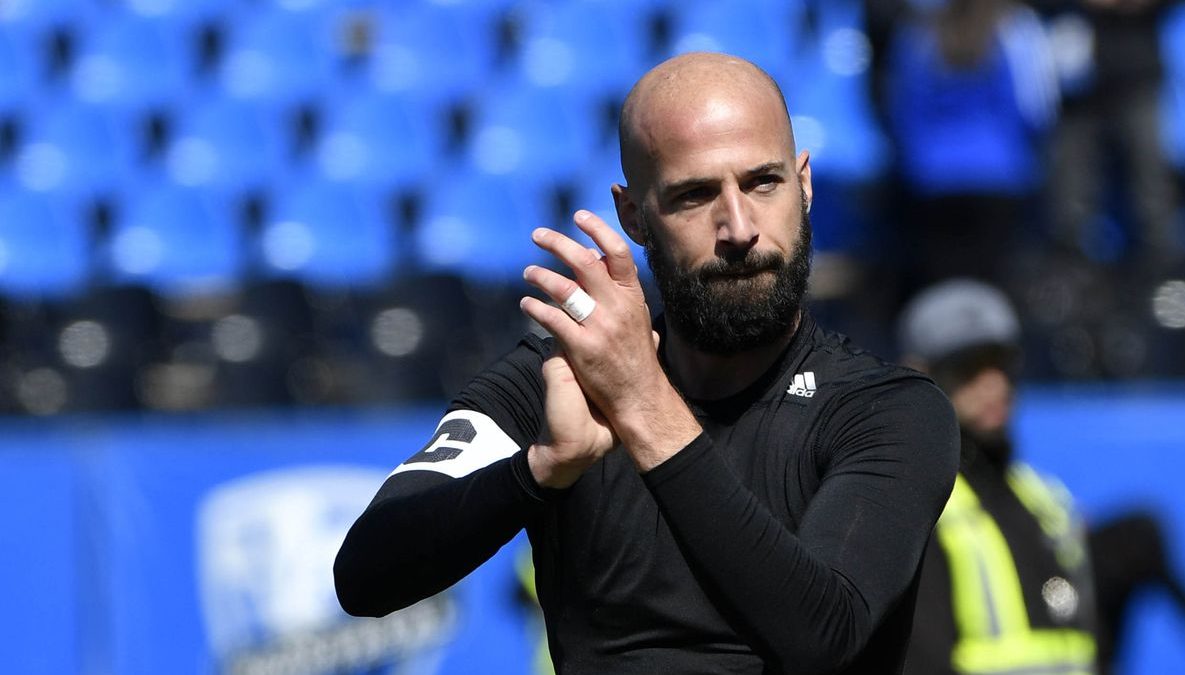 LAFC has sent defender Laurent Ciman to Ligue 1 side Dijon, the club announced on Tuesday. The 33-year-old Belgian appeared in 22 of LAFC’s 26 games, starting in each of his appearances and often wearing the captain’s arm band.

Ciman joined LAFC ahead of the club’s first season after spending three years with the Montreal Impact. Ciman did not appear in the 18-man squad for Friday’s rivalry match against the LA Galaxy, with head coach Bob Bradley saying, “I don’t think that he’s fully focused in the moment.”

“Laurent has been an important guy. He’s passionate, but he’s also emotional,” said Bradley. “He’s a guy that when his emotions are running high, sometimes it’s not always clear if he’s ready, especially for a game like that.”

Replacing Ciman will be difficult for LAFC with only eight games left in the season. LAFC currently sit in 3rd place in the Western Conference and are looking to become just the fourth MLS expansion club to make the playoffs in its first year.

Ciman anchored a defense that allowed 40 goals on the year so far, good enough for 11th in the league. The two-time MLS All-Star will likely be replaced by Danilo Silva who joined LAFC in the summer transfer window.

The loan will last the duration of Santa Clara’s 2018-19 season, although the Timbers retain the right to recall the midfielder in January.

While the former D.C. United homegrown hasn’t made any appearances in MLS play for the Timbers, he does have 15 appearances for T2, Portland’s USL side, where he’s earned three goals and two assists.

“Eryk is a talented young player within our club and this is an excellent opportunity for him to continue his growth and development,” said Gavin Wilkinson, general manager and president of soccer for the Timbers. “He has excelled with T2 in his first season with us, and this opportunity abroad will further challenge him in his continued preparations to becoming an impact MLS player with our club.”

The 21-year-old Ayuk has been with the Union since 2015, making 29 appearances while scoring two goals and adding two assists; however, 28 of his 29 appearances, and all of his goals and assists, came during the 2015 season. He has not made a league appearance for Philadelphia since 2016.

“We’d like to thank Eric for his hard work here in Philadelphia and wish him well at his new club,” said Chris Albright, Union Technical Director. “We believe this is the best move for both Eric’s future and for the Union at this time.”

Schuller and Raitala called up to Finland National Team

Minnesota United’s Rasmus Schuller and the Montreal Impact’s Jukka Raitala have been called up to the Finland National Team ahead of the UEFA Nations League, the Football Association of Finland announced Tuesday.

In his second year with Minnesota United, Schuller has become a key fixture in the starting XI. The holding midfielder has made 25 appearances for the Loons in 2018, 24 of which have been starts. The 27-year-old has one goal and three assists on the year. Schuller will look to add to his 27 career caps for his country.

Raitala joined Montreal ahead of the season after spending 2017 with the Columbus Crew. The 29-year-old defender stepped right into the starting lineup, where he’s made 23 appearances, 21 of which have been starts. The left back has one goal and one assist on the year for Montreal. Raitala has 40 career caps for Finland.

The Finland National Team will take on Hungary and Estonia on September 8 and 11 respectively as part of the Nations League. Schuller would likely miss MNUFC’s game against D.C. United on September 12, while Raitala’s status for the Impact’s September 15 game against Philadelphia would be in question.