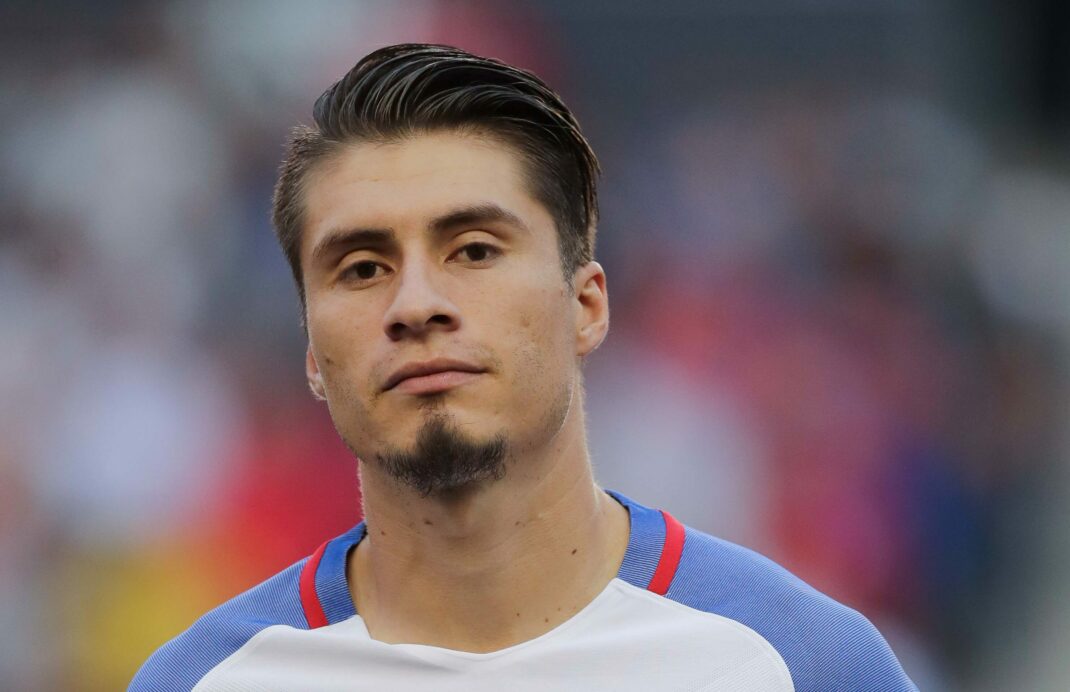 MLS transfer deadline day has teams across the league wheeling and dealing, and we’ll try to keep you update on all the moves as they are finalized.

Here is a rundown of the moves already made:

Jorge Villafana has returned to the Portland Timbers from Liga MX side Santos Laguna, the team announced Wednesday.

The 28-year-old was sold to Santos from Portland following the Timbers 2015 MLS Cup success for under $1 million.

“It’s with great pleasure that we welcome back Jorge Villafaña to the Timbers,” said Timbers general manager Gavin Wilkinson. “Jorge played a critical role in helping our club win its first MLS Cup in 2015, and we are thrilled to welcome him back to Portland.”

The defender began his career in 2007 with Chivas USA in MLS before moving to Portland in 2014. He has nine goals and 13 assists across 138 career MLS appearances.

While with Santos, Villafana made 53 appearances recently lifting the 2018 Clausura Title.

LAFC announced the signing of U.S. youth international Josh Perez on Wednesday evening. The 20-year-old attacker was signed on a free contract from Fiorentina.

Perez has appeared for the United States at the U-17, U-19, and U-20 levels, displaying his talents in the 2015 U-17 World Cup. However, Perez has not seen not minutes for a U.S. youth team since 2016, and was sent on loan from Fiorentina last season to Livorno in the Serie C, where he helped the side achieve promotion to the Serie B.

Perez will join an LAFC side that recently signed forward Christian Ramirez, and is also home to the likes of Carlos Vela, Adama Diomande, Latif Blessing, and Marco Urena.

LAFC head coach Bob Bradley seems confident that Perez will be a worthy addition to the attack, saying, “Josh is a talented young forward with meaningful experience in Europe who will bolster our attacking options moving forward.”

Sagna, 35, will join the Eastern Conference club for the remainder of the 2018 season with an option for 2019. He most recently spent the second-half of the 2017-18 season with Serie A side Benevento, where he made 13 appearances with a goal to his credit.

“I’m very happy of Bacary’s arrival,” said Impact head coach Rémi Garde in a club statement. “He’s a player with a great career who’s still very motivated to come and help the Impact defy its end of season challenge. His personality, experience, and overall game will be a plus for our team.”

“Quincy is an energetic striker with a lot of experience within MLS. He will be another experienced player who will add depth to our forward line,” said Impact technical director Adam Braz.

Oduro, 32, is a pacy player who can play as both a forward and a midfielder. The MLS veteran has tallied 63 goals and 32 assists across his 16-year career with seven different MLS teams.

“We look forward to welcoming Dominic to San Jose. He’s a proven MLS veteran that has pace and a solid record in terms of scoring and assisting goals,” said Earthquakes general manager Jesse Fioranelli.

The Impact also announced the acquisition of Ugandan international Michael Azira in a trade with the Colorado Rapids on Wednesday.

In return, the Rapids received a fourth-round in the 2020 MLS SuperDraft for Azira, who will not count as an international roster spot for Montreal. Azira, 30, made at least 30 starts in each of the 2016 and 2017 seasons under Anthony Hudson but has been rarely used in 2018.

“Micheal is a player who has quite a bit of experience within MLS as well as on the international level,” Impact technical director Adam Braz said in a statement. “He is a defensive central midfielder who will provide us with depth in an important position. We look forward to Micheal joining up with the team next week.”

Azira has played five seasons in MLS with both the Seattle Sounders and most-recently Rapids. He has won four caps with the Ugandan National Team.

Janson, 23, primarily plays center forward at Tigre, scoring ten goals and ten assists in 82 league appearances over the past six seasons for the club.

“Lucas is a young, dynamic player that has the ability to play out wide, up front and centrally as an attacking midfielder,” said Toronto FC Sr. Vice-President, Soccer Operations & General Manager Tim Bezbatchenko. “We wanted to bring in a player that gives us multiple options in the attack and Lucas fits that need. We are excited to bring him in on loan and get him integrated into the group.”

Smith, an Australian international who has earned 19 caps with the Socceroos, has only made five Premier League appearances for Eddie Howe’s side since his $6 million transfer from Liverpool. The arrival of Smith to the Sounders means he will provide competition for Nouhou Tolo, who has started 16 of the team’s 21 matches this season.

“We are excited to add another quality player during this summer transfer window in Brad Smith,” Sounders GM and President of Soccer Garth Lagerwey said. “At just 24-years-old, Brad brings a wealth of experience from both the Premier League and his time with Australia at the international level. Combined with his background, Brad’s significant speed and versatility on the flanks make our team immediately better for the stretch run of the season.”

Despite a poor start to 2018, the Sounders are unbeaten in six straight and winners of three in a row.

D.C. United added a defender to their roster on Wednesday, acquiring Lithuanian wingback Vytas in a trade with the Portland Timbers, the club announced.

In exchange for Vytas’ services, the Timbers have received $50,000 in Targeted Allocation Money from D.C. while Portland will pay half of the defenders’ salary, the Washington Post reported.

The acquisition of Vytas gives D.C. a needed outside back option with both Taylor Kemp and Nick DeLeon out with respective injuries. He had only made three appearances in 2018 for the Timbers, falling behind Zarek Valentin on the depth chart.

“Vytas is a defender who fits our profile at full back. He has the technical and athletic ability to get forward and join the attack while also possessing the defensive attributes that will add to the group,” Dave Kasper, United General Manager & VP of Soccer Operations, said in a team statement. “We are excited to add Vytas to our backline going into the second half of the season at Audi Field as we push for playoffs.”

Vytas joined MLS in 2016 and has made 37 appearances for the Timbers since his arrival.