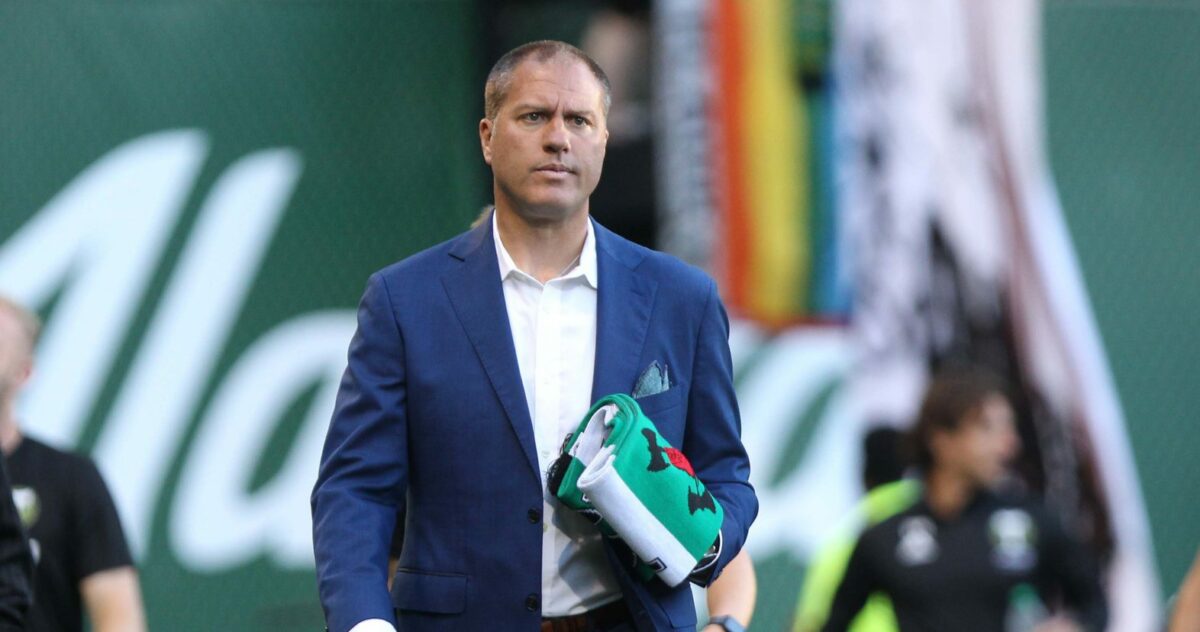 The Portland Timbers are on a three game losing skid after their 15 game unbeaten run came to a close. Head coach Giovanni Savarese has tried out some new ideas in those games, but the lack of success and real threat of losing their place in the playoffs means it’s time for them to get back to basics.

The Timbers are in the middle of a roller coaster of a season. Things opened up in fairly depressing fashion with them going without a win in their first five games. They then proceeded to rip off a very impressive run of 15 matches without a loss, but since that streak came to a close, the Timbers have lost three in a row and are staring down a rivalry match against the red hot Seattle Sounders.

“This happens,” head coach Giovanni Savarese said following his team’s 3-0 loss at Sporting Kansas City on Saturday. “This is soccer and that’s it. This was a difficult week – three matches in eight days.”

But there is more to the losing streak than just congestion. Savarese has been experimenting with new formations and different rotations of players during this congested time, and it hasn’t exactly worked out.

The first game of the losing streak was a 2-1 loss to the Vancouver Whitecaps and it featured the Timbers using a 4-4-2 formation with Samuel Armenteros and Dairon Asprilla up top.

The other two were worse. The second game of the streak was a 4-1 humbling loss at D.C. United and then there was Saturday night’s debacle in Kansas City. Both matches had the Timbers use a 3-man back line with Lawrence Olum in central defense, and the results went pretty much as expected. D.C. and SKC outran the Timbers old and slow back line on their way to seven goals in two games.

Savarese isn’t all that concerned about the failures and he chalks them up as another way to learn about what his team can and cannot do.

“We explored something,” he said when asked about his different tactical plans. “We tried to see if we can work with players playing matches back to back and we learned that we have to change some things. So, it was a good learning experience.

“In the three games that we played, we tried to do certain things that didn’t work out. But, as I said, we learned a lot this week for us to make sure that we’re prepared better.”

Timbers fans better hope their boss has learned his lesson, because the time for experimenting is over. Portland had risen as high as second place in the Western Conference before their current losing run and Savarese needs to stick with the formula that got him that far.

That formula is the possession based 4-3-2-1 formation that produced 11 of those 15 unbeaten games. That system wasn’t broken and it’s not like the team has been decimated by injuries requiring a refitting of their tactical plan. Even if it was, the Timbers have plenty of depth throughout their team that they shouldn’t have to drastically alter how they play.

The main thing is that Savarese needs to stop looking for something new. He’s seen what works and he needs to stick with it. If he doesn’t, the Timbers are in real danger of missing out on the playoffs because their coach couldn’t stop tinkering.