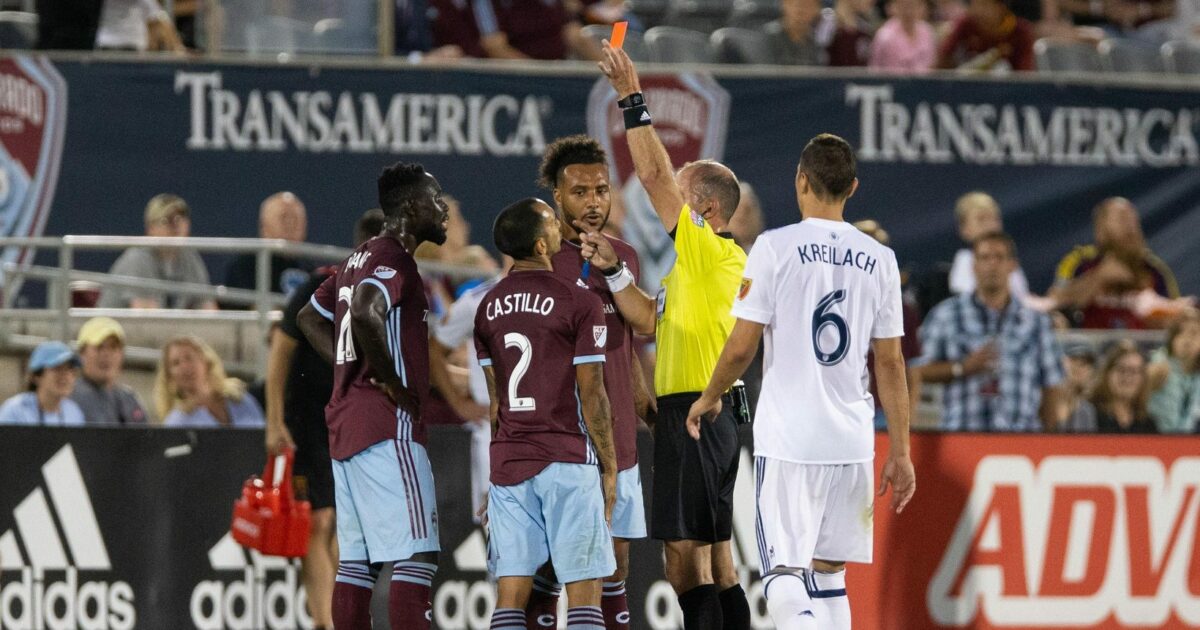 The 2018 season has featured plenty of low points for the Colorado Rapids, but Saturday night’s 6-0 home loss to their arch rivals might be the lowest one yet, and it’s something the team wants to forget as soon as possible.

There was plenty of reason for the Rapids to hope they could at least earn a draw and split the Rocky Mountain Cup coming into Saturday night’s match against Real Salt Lake. They had picked up at least a point in five of their last six matches, including a 2-2 draw away at Rio Tinto Stadium the last time they took on their rivals.

Instead, after getting throttled on their home turf, the Rapids have nobody but themselves to blame, and the match offered nothing positive for them to take away.

Poor discipline in the first ten minutes of the match had them down a goal and then down a man thanks to Niki Jackson’s foolish actions while lining up for a corner.

With the team down 1-0 and forced to play with ten men for more than 80 minutes, you’d think the Rapids would hunker down and play tough, mentally sound defense with the aim of keeping the damage to a minimum. Instead, the defense was caught ball watching as Jefferson Savarino went unmarked in the penalty area before smacking home a second goal in the 33rd minute.

Disaster struck within minutes of half time and sent the entire effort into a serious tailspin. Bismark Boateng got himself sent off for an extremely late challenge on Brooks Lennon. Showing a red card was the only option Ted Unkel had, and the Rapids were down to nine players with an entire half to play.

Four goals later, the Rapids had a humiliating home defeat in a rivalry match that was meant to spark a little bit of hope in a dim, dark campaign.

The result was so bad, all head coach Anthony Hudson could do afterwards was apologize.

“This was such a big game, such an important game,” he said in the post-match press conference. “We went into this game prepared, off the back of a really good run, performing well, really confident. We knew how important this was to the fans. Coming away after the result, it’s not what they deserve. We apologize, we can win this come next season. Not a good night for us.”

It isn’t like the Rapids can learn anything from the game. They went down a man very early, which threw off any sort of plan they had coming in. Going down to nine meant any hope to find a pair of goals on a counter attack to salvage an already unlikely draw disappeared. There is only one thing that the Rapids can look back on and learn from.

“We had only 9 men, there’s not a lot of takeaways from that other than the discipline side of it,” said Hudson, who maintains his team is still in high spirits despite the dismal season they’ve had.

“There is and has been a good feeling in the group,” he concluded. “Everyone’s working incredibly well and performances reflect that. It’s just one of those nights we have to put behind us.”