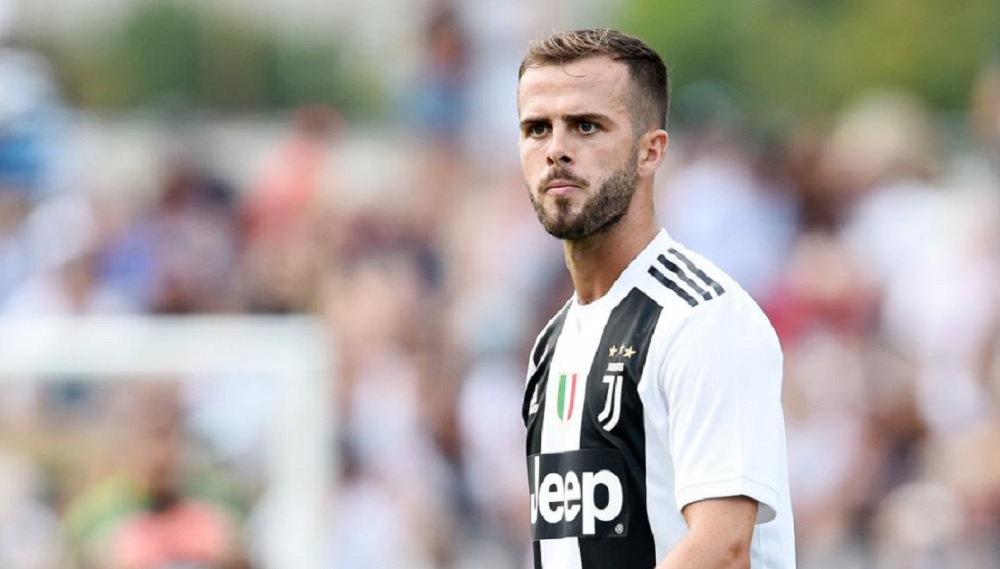 Juventus’ Miralem Pjanic has been on the wish list of several European sides this summer, but the Bosnian has committed his future to the defending Serie A champs.

Pjanic, 28, has signed a new deal until June 2023, the club announced on Tuesday. The Bosnia and Herzegovina international joined from Serie A rivals Roma in 2016 and has won a pair of league titles and Coppa Italia titles with Juve.

Since his move to the Old Lady, Pjanic has made 90 appearances in all competitions scoring 15 goals and registering 22 assists. He began his career with Ligue 1 side Metz in 2006 before moving to Lyon. His move to Roma saw the midfielder lead Serie A in assists in both 2014-15 and 2015-16.

Juventus kicked off their newest league campaign last Saturday with a 3-2 win at Chievo Verona.

19-year-old Martin Odegaard has found it tough to crack the Real Madrid first-team and will head out on loan for another season.

Odegaard will join Vitesse Arnhem of the Dutch Eredivisie for the 2018-19 season, Goal announced on Tuesday. Since signing for Los Blancos in 2015, Odegaard has only one appearance in La Liga and is coming off a season-long loan with fellow Eredivisie side SC Heerenveen last year.

He appeared in 24 league matches for Heerenveen in 2017-18, scoring two goals and adding one assist.

“The past year and a half I have played in the Eredivisie,” Odegaard said. “I was impressed by Vitesse. I got to know Vitesse as a good footballing team, with an offensive and dominant view of the game. I think that way of playing is good for me.”

Odegaard has come through the ranks nationally as well with Norway, and has won 12 caps with the senior side already in his career.

Following several loan spells away from Manchester City, Jason Denayer is taking his talents to France.

The 23-year-old Belgian has completed a switch to Ligue 1 side Lyon, signing a four-year deal with the club, Sky Sports reported. Lyon paid a €10 million fee for Denayer, who did not make a first-team appearance with the Citizens.

He graduated the City academy, but has seen spells with Celtic, Galatasaray, and Sunderland. With Celtic, Denayer lifted the 2014-15 Scottish Premiership title and the League Cup while also winning the Turkish Super Lig in 2017-18 with Galatasaray.

Mostly seeing time at center back, he has also won eight caps with the Belgian National Team. His move to Lyon will give him the first-team appearances that he was unable to get with the defending EPL champs.

Lyon are next in action at home against Strasbourg on Friday.

Sevilla has added a midfielder to their roster on Tuesday, acquiring Maxime Gonalons on a season-long loan from AS Roma.

Gonalons, 29, will be with Sevilla until June 2019 having finalized terms, the club announced. The move comes days after Roma acquired Steven Nzonzi from Sevilla for €30 million.

He made 23 appearances in all competitions last season with Roma after joining from Lyon. Gonalons came through the Lyon youth system, eventually making his first-team debut in 2009. He would later make 242 appearances with Lyon, scoring eight goals.

Portuguese giants Sporting Lisbon bolstered their attacking front with the acquisition of Abdoulaye Diaby on Tuesday.

Diaby, 27, has joined from Belgian champs Club Brugge on a five-year deal and has recently been attached with an €60 million buyout clause by Sporting, Goal reported.

Since joining Brugge from Lille in 2015, Diaby scored 36 goals and registered 20 assists in 108 matches. The French-born Mali international has also won 12 caps since 2014, including appearances at the African Cup of Nations.

Despite only three appearances for Ligue 1 side Lille, Diaby exploded onto the scene with Brugge and will now fight for the Portuguese Premeira Liga title.