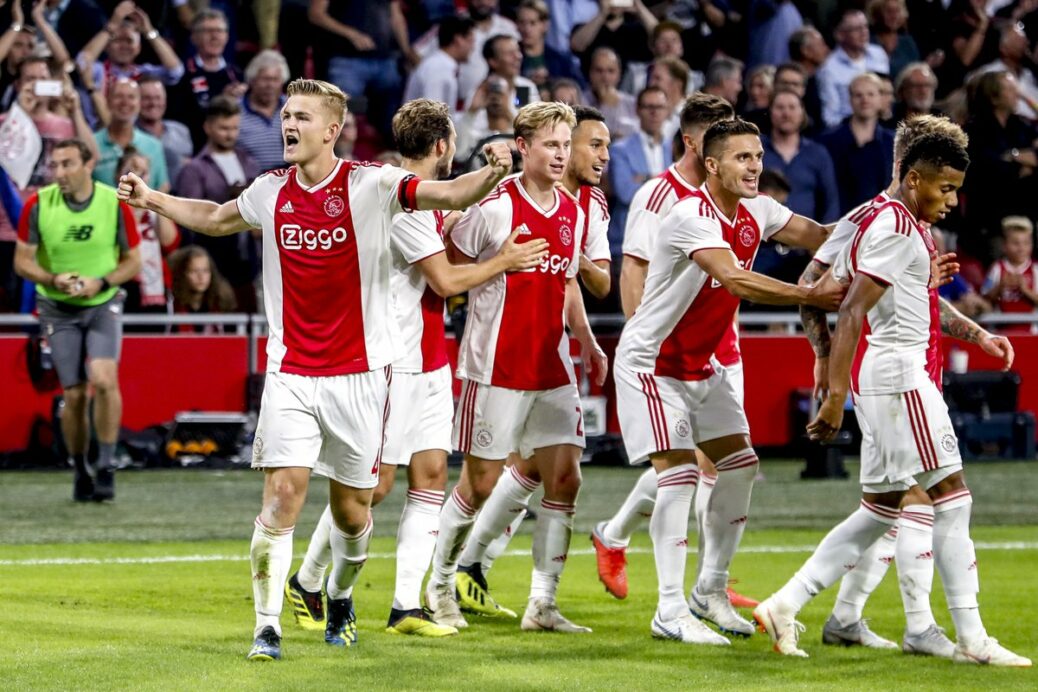 One of the most historic clubs in Europe is set for a return to the continent’s most storied competition, as Ajax have qualified for the Champions League group stage for the first time since 2014. The Dutch giants maintained their 3-1 advantage from the first leg, keeping a young Dynamo Kyiv attack quiet and earning themselves a well-deserved 0-0 draw away in Ukraine.

Ajax saw their two-goal cushion threatened right out of the gates, with Dynamo starting the game lively. The Ukrainian side created a great chance in the 5th minute, but Ajax keeper André Onana was equal to Benjamin Verbić’s effort, using his reflexes to spectacularly parry the Serbian’s flick.

The visitors eventually reacted to Kyiv’s threatening first 10 minutes, and quickly calmed the match down with their patient passing and slow build-up play. The 14th minute saw Ajax squander a real opportunity to put the tie to bed, as attacker Dusan Tadić cannoned his penalty off the crossbar. Another missed opportunity for de Godenzonen occurred 30 minutes later when Klaas-Jan Huntelaar spurned a one-one-one opportunity due in part to Dynamo goalie Denys Boyko’s ability to rush off his line.

Huntelaar, Tadić, and Donny Van de Beek can all consider themselves lucky knowing that their wastefulness did not come back to haunt the team. The defensive solidity provided by Matthijs De Ligt, Daley Blind, and co. helped ensure that despite a sputtering offense, Ajax would indeed progress to the next stage of the competition.

Swiss champions BSC Young Boys are headed to the Champions League group stage for the first time in their history after beating Dinamo Zagreb 3-2 on aggregate.

Dinamo and Young Boys headed into this second-leg equal at 1-1 and with it all to play for. After a seventh-minute goal from Dinamo’s Izet Hajrovic it looked like the boys from Zagreb would be advancing to the group stage. Hajrovic sent the home fans into raptures when he beat Young Boys keeper David Van Ballmoos after pouncing on a failed clearance from the box.

The 1-0 scoreline was carried into halftime, but the match quickly changed shortly thereafter. A quick-fire double from French striker Guillaume Hoarou turned the tie on its head, with the 34-year-old netting a penalty in the 64th-minute and poking home a loose ball from a corner just two minutes later.

Hajrovic, who was lively all game, nearly equalized in the 71st-minute through a rasping shot that had beaten Van Ballmoos but not the woodwork, firing off the crossbar and out. The edgy matched continued in an entertaining matter, but no more goals were found in the remaining 28 minutes.

Perhaps the most chaotic match of the evening, the second-leg tie between AEK and Vidi saw two red cards and two goals. Despite being at a two-man disadvantage the Greek champions were able to progress, taking advantage of their one goal cushion from the first leg.

The first half was rather dull, as both sides struggled to create real goal scoring opportunities under the persistent rain in Athens. Just minutes after halftime, however, Vidi conceded a penalty after Hélder Costa was brought down in the box. AEK captain Petros Mantalos did what Ajax attacker Dusan Tadić could not, coolly sending the keeper the wrong way and converting the penalty.

Loic Nego finally got his reward for terrorizing AEK’s defense nearly all match when he found the back of the net in the 57th-minute. His goal, a deft chip that looped over Vasilios Barkas, came from a quick Vidi counter that had caught AEK off guard.

What was originally a slow match quickly became open and attacking, with both sides thinking that one goal could secure their place in the group stage. No further goals were scored, but the match did descend into chaos for disciplinary issues.  Hélder Costa was sent off in the 80th-minute, and despite consistent cautioning from the referee, Marko Livaja was sent off after the whistle.

AEK will now start the group stage without two of their key players, but their rash yet dogged home performance was what they needed to accomplish their short-term goal of advancing in the Champions League.

The UEFA Champions League qualifying round concludes on Wednesday with three more second-leg ties to play.