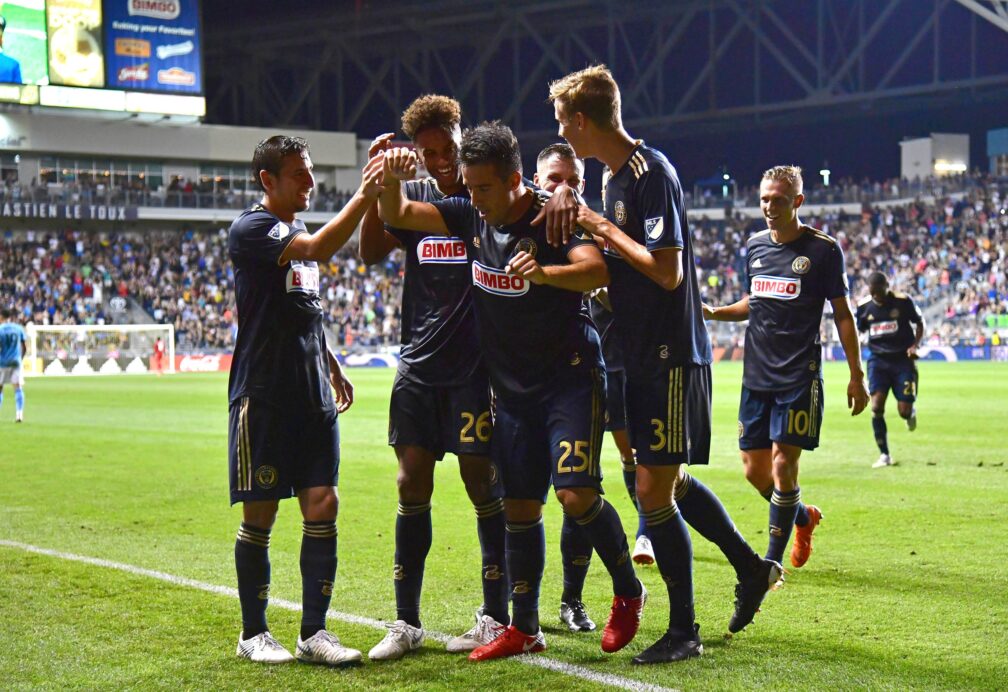 Statement victories have been hard to come by for the Philadelphia Union.

That problem shrunk a little on Saturday, as Jim Curtin’s side defeated New York City FC 2-0 at Talen Energy Stadium using a mixture of defensive pressure and a pair of nice goals to grab three points.

Cory Burke continued his strong run of form with his sixth goal of the season, while midfielder Borek Dockal registered two assists. Both players have been huge of late for the Union, who currently sit fifth in the East.

“We’re getting more confidence with each game and every three points we pick up,” Dockal said. “Being able to make (the U.S. Open) Cup final is huge for the club and that feeling has carried over of late which has lifted every player up.”

“We came into this match, asking a lot of the players knowing that it would be a tough opponent,” Curtin said. “They have started asking a lot out of one another now which is powerful and it showed tonight.”

Burke’s fourth goal in his last five appearances opened things for the Union after halftime, thanks to a terrific find by Dockal. Substitute Ilsinho danced his way past several NYCFC defenders later in the half to ice the result.

The trio may have had their names on the statsheet, but it was some hard work by a few others which also helped the Union to the home win. C.J. Sapong, who has been seeing more time on the wing, was physical with the NYCFC defenders and that pressure wore down as the match went on.

Alejandro Bedoya was also influential in helping shut down several midfielders, such as Ismael Tajouri-Shradi and Alex Ring. His run on the first goal also confused the NYCFC backline which allowed Dockal to hit Burke in stride for the opening goal.

It was an overall team performance by a side who also claimed its first clean sheet since June 23rd. The Union allowed some chances early in the contest, but buckled down after the break and played their style of play to grab their second result against a current top-five side all season.

“If we’re going to win the league we need to do well against the best teams,” Burke said. “Tonight we were able to beat a team higher than us in the standings, so now we just have to use this as motivation into our next game.”

The Union (10-11-3) are on 33 points after the win, and hold a better goal-differential than Montreal to remain in fifth place. With 10 matches remaining, including four against teams currently above the red line, the emphasis to go out and win them all remains a high priority on Curtin’s list.

“To reach our long term goals we need to get these kids of results,” Curtin said. “The guys are starting to see what it takes to be up their with the top teams and we have done pretty well against the teams near us and lower from us in the standings.”

“We have some momentum going but we still haven’t accomplished anything,” Curtin said. “Now we have to use this and continue to control our own destiny because that is something you don’t wanna lose in this league.”