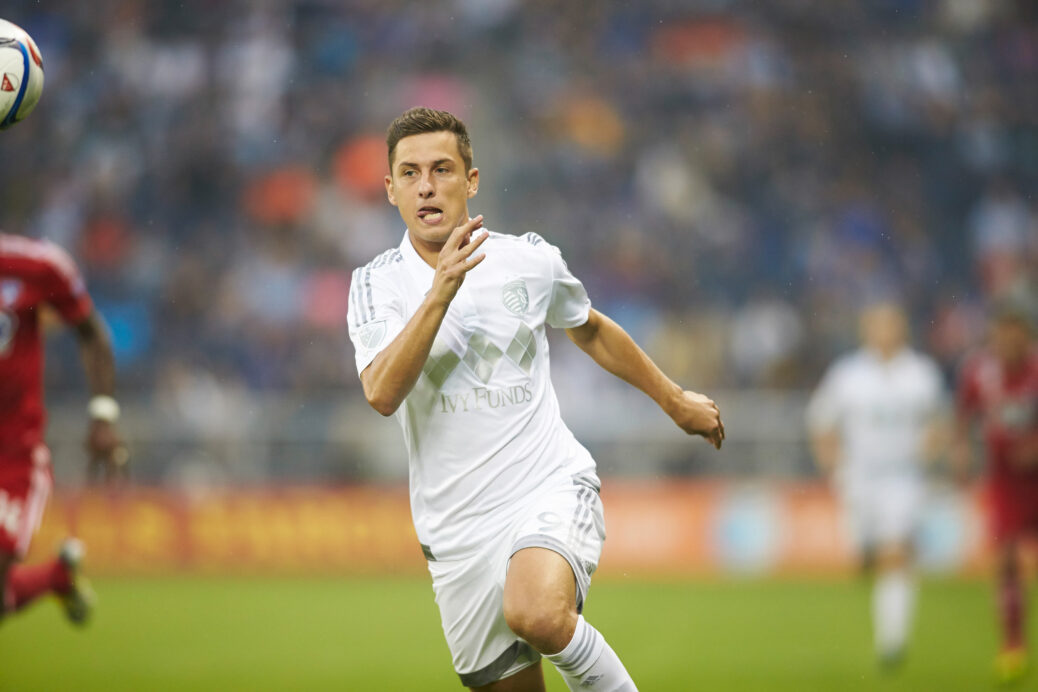 It’s no secret that Sporting KC have been looking for a striker for the past year. After trading Dom Dwyer to Orlando City SC in July 2017, the club made a point to say that they would look all over the world to find their next No. 9.

What they didn’t realize was that forward addition would come in the form of an old friend.

Sporting KC announced on Monday the re-acquisition of forward Krisztian Nemeth from New England Revolution for $350k in allocation money and a 2020 draft pick. The 29-year-old Hungarian spent 2015 with SKC where he had the best year of his career.

“I always thought that he would come back to the league,” Vermes said. “What I didn’t know is that if we would have the ability to get him.”

Nemeth left Sporting KC in February 2016 after both sides couldn’t agree on revised contract terms. The forward spent the next two years with Qatari side Al-Gharafa and back in MLS with the Revolution.

“It was always on my mind,” Nemeth said. “It was difficult because with the [MLS allocation] system it is not easy to to come here. I tried to follow the system and that’s why I had to go to New England.

“I’m really happy to come back to Kansas City.”

The Hungarian’s return to KC came as a surprise to some because reports in 2016 indicated that Nemeth and SKC didn’t end things on the best terms.

“We had this discussion this morning when he first came in that my biggest thing was that I wanted to make sure that we’re on the same page,” Vermes said. “We both agree that what transpired at the time was very good for him and was very good for the club.”

Even with Sporting KC’s search for a striker, the club is on pace to set a club record for most goals scored in a single season (61). Vermes thinks that the addition of Nemeth will only further enhance an already dangerous attack.

“There’s no doubt that his quality will add so much to our team in so many ways,” Vermes said. “He’s going to give us a much different look than maybe what we’ve had.

“He plays very well with his back to goal. He’s a player that you can play through in the build-up. He has great movement off the ball, especially into the channels, which not all forwards like to do. Very few forwards can do all of those things.”

Nemeth primarily played from the left wing in his first stint with Sporting KC, scoring 16 goals and tallying seven assists in all competitions, helping lead SKC to their third U.S. Open Cup.

“Unfortunately when we brought him to the team [in 2015] the way we were set up the best place for him at that time was to play on the left,” Vermes said. “But there’s no doubt in my mind that his best position is has the No. 9, and it’s a place that we’ve been seeking to add someone of high-quality. “

Despite the hype around his return, Nemeth knows he won’t get to simply walk into the starting lineup. He’s only played a total of 466 minutes for the Revs in 2018, with zero goals and two assists.

“I know my position is not 100% that I will start every game,” the forward said. “When I’m on the field I will show everything I have for the club. I will come in and fight for the position and make the other players better.”

How long will it take to work his way into the lineup? Vermes said Nemeth will “absolutely” be available when Sporting KC travels to California for a huge Western Conference matchup against LAFC on Saturday night.

While some of Nemeth’s 2015 teammates are on the current Sporting KC squad, many of the club’s key contributors are new faces to the Hungarian.

But once they all learn how to play with each other, Peter Vermes thinks Sporting KC can have one of the most potent offensive attacks in MLS.

“Once that familiarity gets understood between the current players we have, I think you’re going to see some very special moments on the field from our club,” Vermes said.