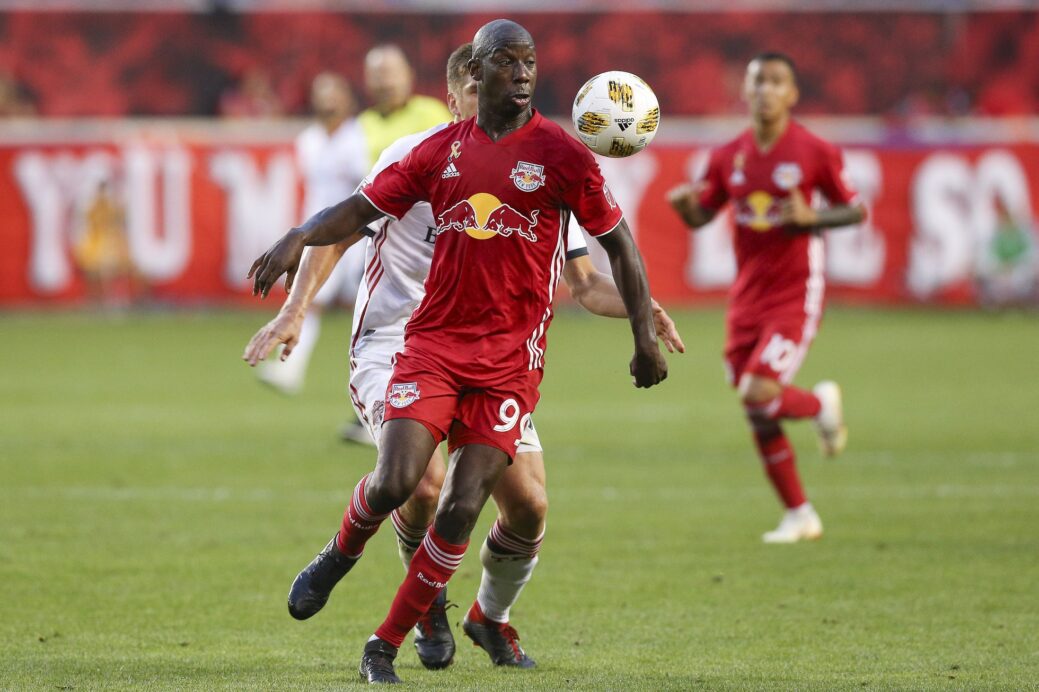 The New York Red Bulls picked up their first win in three on Saturday, beating Toronto FC 2-0. However, one of the larger talking points was about a refereeing decision that resulted in Bradley Wright-Phillips’s suspension for the team’s all-important match against Atlanta United.

“He complains to the linesman,” the midfielder said, “and I think the linesman might’ve told the ref about what he said and that’s how he got the yellow.”

What exactly Wright-Phillips said was unknown until referee Kevin Stott answered the pool reporter’s questions about the incident after the match. He confirmed that the yellow card was indeed for dissent, and shared that the forward used an expletive during his complaints.

Per the referees on site, “he disputed that there was a foul that was not called that he suffered. Multiple use of the word ‘F—‘ directed at the assistant referee in an aggressive manner.” The referees also answered that it was Stott’s decision to issue Wright-Phillips the yellow card.

“There is so much that I want to say, but I know these guys and if I tell the truth they will suspend me for another week, but it’s unacceptable,” Wright-Phillips said. “What I said wasn’t that bad, it just had a swear word in it. … It’s too big. We’re men. If you can’t take a swear word and what really happened then you’re in the wrong sport man. That is ridiculous.”

Wright-Phillips also said that he “was trying to be quiet” because he knew another yellow would result in a suspension, and that Stott had not issued prior warnings to him about his language.

For Armas, the yellow card was indicative of frequent behavior of the league’s refereeing team. Like his predecessor Jesse Marsch had discussed several times, he also believes that Wright-Phillips is not treated like other designated players in Major League Soccer.

“Bradley Wright-Phillips is not the guy that crosses the line,” Armas said. “No one respects the game more and shows it the way he does, and in games. We don’t think he gets a lot of leeway and the benefit of the doubt at times. … I was hearing and it didn’t sound that bad, what he said. Is his leash that short? It’s disappointing.”

Though he admitted that he did not have the numbers on hand, Wright-Phillips did agree that referees are quicker to punish him than other high-status players.

“I have seen people fall over and get fouls,” Wright-Phillips said. “I don’t do that. Past managers have told me — even Jesse — Chris has said I should go down more. I can’t. It’s not in me to do that, so I expect the same treatment if I don’t go down — I don’t have to go down or make a meal of it to get fouled, it’s ridiculous. These guys don’t understand football, I’m sorry.”

Eventually, the forward accepted some responsibility in the situation, though he still did not hold back from criticizing the league’s referees.

“Maybe swearing warrants a yellow card,” he said. “If it does then maybe I deserve it. You know what, I deserve it anyway because I have been told the last three weeks that I should just be careful, but sometimes you have enough. I can’t keep getting decisions against me and shut up, because I want to win. If you let those things slide and don’t care, to me that’s not wanting to win. I want to win the game, I want it to be played well.”