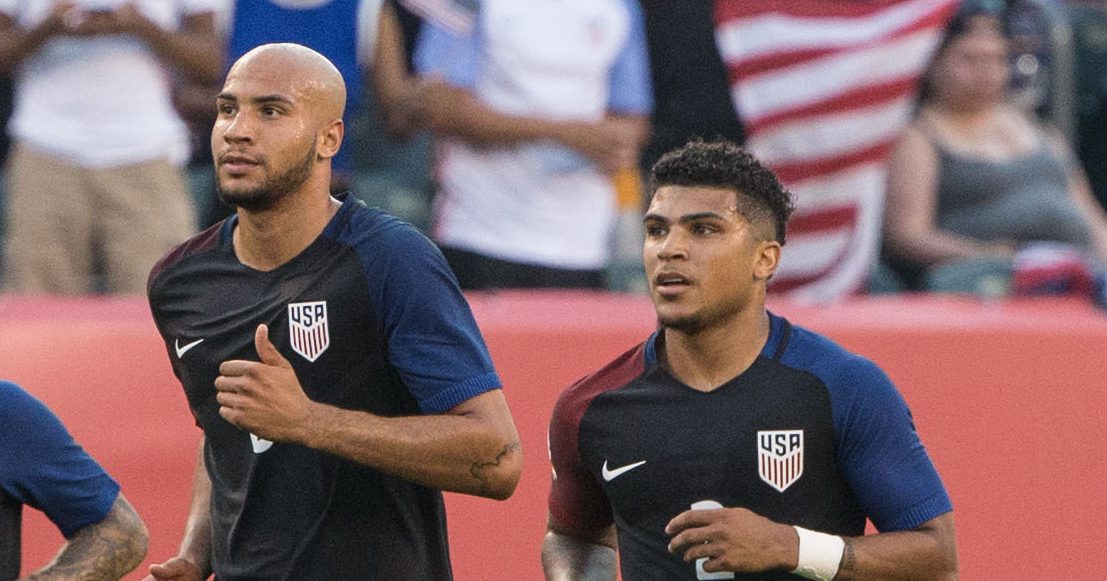 While promising for the future of the USMNT, head coach Dave Sarachan’s recent team selections have left the group with little traditional veteran presence. The lack of Michael Bradley, Jozy Altidore, Brad Guzan, and others has left the floor to new leaders who will help guide the Yanks through the highs and lows of this transitional phase.

John Brooks and DeAndre Yedlin are two of those that have developed as leaders of this young group.

Brooks, making his long-awaited return to the American camp after ten months away, looks to be one of those selected who will adopt more of a leadership role.  With 33 caps to his name, the centerback’s international experience will further the importance of his voice both on the pitch and in the locker room. Brooks is just 25-years-old, and while that may seem ancient in an incredibly young USMNT camp, he can still improve both his ability and his position in the team, two things Sarachan spoke about with reporters on Monday.

“Part of the maturation process is not only on the field but off the field, and I think he’s really embraced that part of things in terms of being much more integrated with the group,” the head coach said. “We saw a little bit of that in November and he’s truly excited to be back this week. We think there’s still an upside with John so we’re happy to have him.”

On the other side of the American backline, Yedlin is another budding leader. Also 25-years-old, the right back is the most capped player in the current set-up with 52 USMNT appearances. Yedlin has been in and around his nation’s national team since 2014, but just recently saw himself go from important first team player to role model and tutor. The new youngsters, headlined by the likes of Timothy Weah and Christian Pulisic, have frequently utilized their experienced right back as a source for advice and care.

Yedlin detailed his role on the team and relationship with his young teammates on Monday, telling reporters, “I can relate to them (Weah, Pulisic) a lot. It’s not an easy thing to do, to come into camp. You have nerves, you get jitters,” he added, “As a guy that’s been here for a bit it’s my job and some of the other veterans’ job to counsel them and if they need help with anything help them out. Just help make it as comfortable as possible for them.”

In doing what they can to adapt and act as role models for the younger players in the squad, both Yedlin and Brooks are wholeheartedly assuming their positions as team leaders and key influences in the USMNT camp.